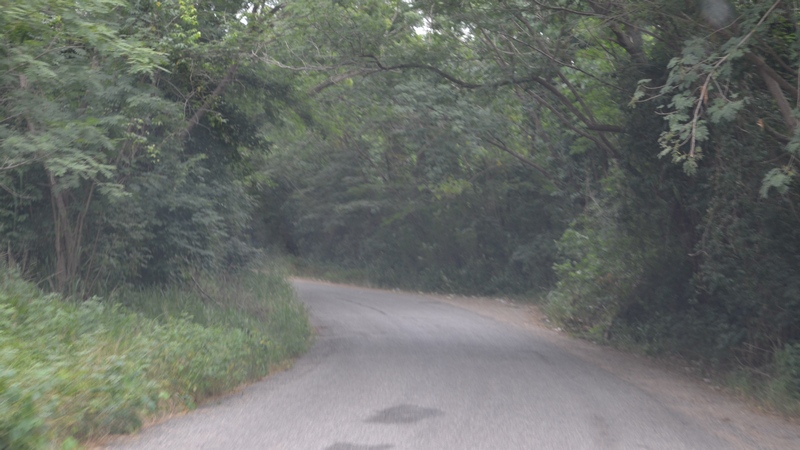 The man was a funny man. Though he was a secondary school teacher in Osun state where salaries had become gold, he still believed life was meant to be enjoyed and would do anything to enjoy it – like deciding not to marry and then hosting girls of various shapes and sizes in his house every night; like being a fan of football and arguing everyday about how God used one Moses to conquer the Egyptians but still Super Eagles with all their three Moses’s could not conquer Egypt; like inviting the beautiful girls in his class to his private office and quickly uncovering their nakedness on the table and sealing their mouths with LaCasera drink and Gala from Mama Shina who would later grace his bed that night. Fornication was not in his dictionary, only adultery and since he was single, he was sinless.

He was in his car now – his Toyota Corolla, the one which belonged to his brother living in Texas but was now his until his brother came home in December for Christmas. Music was blaring from the speakers and he was nodding as he drove on – on the Iwo road to Ibadan.

He did not like taking the Oyo road to Ibadan: too many trailers. So whenever he travelled to Ilorin or Ogbomoso and was returning to Ibadan, he took the Iwo road: deserted, harmless and accident free. And it was on the road he was now.

Suddenly, he saw a police officer. This was quite unusual and unexpected. Policemen crowded the Oyo road but they were not so much in love with this Iwo road that was often deserted. When he got to the checkpoint, one of the five officers waved him down. He muttered curse words and parked. Then he brought out a Muritala Mohammed from his pocket and stretched it to the officer. The officer looked at him and shook his head and then kept his big eyes on him, making the man feel embarrassed and ashamed. What was wrong with this officer? Was Twenty Naira not enough?

‘What do you want then?’ he asked angrily.

‘Open your boot, sir,’ the officer ordered calmly and two other policemen went to stand by the boot. The man opened it from within and watched as the policemen peered their bald heads into his empty boot.

‘Nothing sir!’ the two policemen yelled at once and the officer told him he was free to go.

The man was quite surprised. Ehn- ehn? No bribe again? Perhaps Buhari was bringing change after all. He increased the volume of his music player and allowed the ‘jim-jim’ to fill the car. To his surprise, he met two more checkpoints on his way, but he wasn’t stopped. Then as he made to relax and increase his speed to the highest level, he sighted something.

There, lying in the middle of the road was the body of a young girl, naked. It was also headless. The man looked away instantly. She looked like the student who’d spent the night in his room two days ago. At first, he wanted to drive off, as hundreds of travelers who must have seen the body had done but he decided against it. He turned around and drove back to the first checkpoint. The officers and the four policemen were surprised to see him.

He rolled down his glass and said, ‘Olopa, there is a dead body on the road.’

‘Dead body sir. If you follow me, I will show you.’

The policemen looked at him with suspicion and waited for their Oga to send him away. But he did not.

‘Number One and Two, follow him and bring reports,’ the officer said pointing at the two officers who opened the boot a short while ago.

‘Oga, me?’ one of them asked, frightened. A stern look from the officer made him comport himself. Then Number One and Two got into the police Toyota Hilux truck and drove after the man.

When they got to the spot where the body was, the man said bye and drove away. The two officers got out of their Hilux and stood there staring at the headless body of the naked girl. It was a gory sight.

‘Let me call Oga,’ Number Two said and brought out his phone. ‘Confirmed sir!’ he shouted into the phone saluting even though the officer was faraway.

‘Sir?’ he must have heard Oga wrongly.

‘Are you senseless?! Do you expect us to leave it there? Don’t you know that that may be the reason the commissioner sent us here? Are we not supposed to take it to the station for investigation? Bring it now!’ And then he cut the call.

‘What did he say?’ Number One asked.

‘Talk say make we bring am.’

‘Bring what? Oga and all this patriotism Omoluabi thing…me I cannot die untimely death ooo. My wife dey home…ehn ehn…’ Number One complained, arms folded and head nodding like a primary school child.

‘No time to waste,’ Number Two, who was already feeling nauseated, began. ‘You take the legs, I take the hands. We will just dump it in the truck and drive off – quickly.

Number One nodded, convinced and the two of them bent over the naked body. Then something mysterious happened. Immediately Number One grabbed the legs of the headless body, he vanished – together with the body. Number Two could not believe this. This happened only in Nollywood movies. He did not even bother to take the car; he fled.

He was panting like a fish on dry land when he reached the checkpoint.

‘What are you saying? Calm down!’ The officer ordered holding his shoulders.

‘Oga, as Number One touch body like this, he disappear – disappear!’

‘What?!’ the officer and the other two policemen cried. Then Number Two calmed down and narrated the story.

Then the officer asked, ‘You saw the body?’

The officer looked at Number Two with keen eyes, and sighed. He knew he was not lying. He was telling the truth.

‘Did you take pictures?’

‘Oga, my phone no get camera.’

They all hopped into the Officer’s private car and drove to the scene. Save for the Hilux truck, there was no sign that anything had happened here.

‘And Number One disappeared?’

The officer looked at him again and sighed. He wasn’t lying. He knew it. He knew he was telling the truth and he knew, miles away, perhaps in the heart of Lagos or Abuja, someone’s sacred wardrobe was being filled with money – blood money.

‘May their souls rest in peace.’

With a heavy heart, they all murmured, ‘Amen’.

Michael Inioluwa Oladele is a student at Obafemi Awolowo University,
Ile-Ife, Nigeria. He writes poetry, fiction and nonfiction and his works have been published on The Naked Convos and Tuck Magazine. A blogger at inspirationalsquad.blogspot.com, he believes we all have stories to tell even though some people are too shy to tell theirs.

Oluyemisi Adedokun
We use cookies to ensure that we give you the best experience on our website. If you continue to use this site we will assume that you are okay with it.Ok