I looked in the mirror this evening and found out that I am (now) good looking. This doesn’t happen all the time actually. It is either that I am in a too crappy mood to appreciate what the mirror reflects to me, or the mirror is not clear enough because of water vapour mist or imaginary dents and spots to give me anything substantial. Let’s just say that we had just never agreed in a long while. Today, everything changed. Heck, I even noticed that my moustache and beard are growing more and more. Is it because of the winter? A few months ago, in Nigeria, I could almost count everyone of them. Now, that has become an impossibility. Well, it wasn’t I who tried to do the counting back then… The point of this reference, in any case, is to tell you that sometime this evening, I found myself in front of my bathroom mirror and I noticed a few old and new things about my now good-looking winter-adapting still boyishly hirsute face.

A more memorable thing I noticed on my face today, however, was a lone horizontal mark on the right side of my face. It used to be a scar and it has been there since I was seven, or eight – I no longer remember, but I remember the incident that brought it up there. How could I forget it? It’s a long personal story, but it can be summarized in the following words: an otherwise crazy curious experiment in local science. Earlier in one lone week out of the now many blurry ones in my childhood memory, my father had unknowingly satisfied too much of my recurring curiosity by telling me how he got the tribal marks on his own face. He was born in the early forties when it was still acceptable and admirable for parents from his side of Yorubaland to scarify the faces of their children as markers of culture, tribe, social standing or just plain beauty. Well, beauty as decided by the eyes of the beholder! I had looked at his face that evening, perhaps even touched his hirsute cheeks too, and found the three pairs of horizontal marks there quite fascinating. How in the world, I wondered, could those scars made by a fiery knife of the professional traditional scarifier remain on the face of his victim for that length of time? I had not the slightest idea, and I asked him.

In those days, he said, the men who made the marks had a secret black paste/potion which they applied to the wound on the baby’s face while it was still fresh, to make the wound heal, and to make the marks truly stand out when it eventually healed. It was the effect of the dark paste/potion, he said, that ensured that the wounds never returned to the same nice state as the other parts of the bearer’s face. Thus explained the deep permanent marks on the faces of the very many grown people of his generation that I had met until then. For days after I discovered this secret, I remained in utmost sleepless fascination, not just about the level of pain it must cause the newborn who must endure the ordeal, the cruelty of the adults who must hold them down at just a few months old to get them scarified for the rest of their lives in the hands of a trusted man with a knife, nor about the resentment the children must feel when they grow up and decide that they never liked those marks on their faces in the first place, but about the possibilities of putting to test the newly gained knowledge I had obtained. I believed my father, but I wanted to see it for myself how it worked. I expressed my thoughts aloud and he asked in a very mischievous and to me quite unsettling jest whether I would prefer him to call the local scarifier to come and mark my face – “for beauty”. I shouted NO, and quickly fled. I must have been around eight years old. 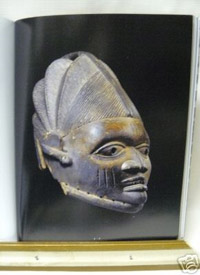 But the fascination remained, so one day while in my primary school – which was not too far from the house – something  led to another in class and I had a really rough fight with one of my classmates over something that could as well have been as trivial as speaking “vernacular” in the classroom or reporting same to the teacher. I insist now that he had cheated during the fight because I suddenly saw his hand in a flash towards my cheek. It was all he could grab so he scratched me as hard as he could, and I felt a deep searing pain. A few seconds later, I touched my face with my palm and I saw a map of the vertical stripe blood on my hands. Then a few drops began to trickle onto my shirt. It was painful and I let him go, but it was also a brief moment of epiphany. Instead of continuing with the fight which I could by now have won if only for the moral upperhand of rage, I bailed, and everyone stared at me, wondering what was happening. I ran homewards as fast as I could to the store where mother always kept her cooking coals, with blood still dripping from my face. What I did in those fleeting moments of pain and panic was grind the few charcoal chalks into soluble powder, and apply it to my bleeding face. Thinking about it now, I almost can’t believe the extent of my little daredevilry and stupidity, because if my grandmother had caught me there, she would definitely have panicked, and I would definitely have received some serious spanking from her long cane. Now satisfied with my experiment, I grimaced in pain and smiled in satisfaction. The line had been drawn, no pun intended, and the local science had been put to test.

Looking at that lone vertical stripe today in the mirror on the right side of my face, I could only smile. It used to be a really prominent one. Now it’s just an almost indistinguishable scar, but it’s there alright. While applying for the Fulbright programme early last year, I wrote an account of this experience in my application to illustrate one of my first personal intimations with some of Yoruba cultural practices, and only just hoped for some laughter when the board eventually got read it. It was to my surprise on the big day of the interview when the board begged that the light be switched on in the room so that they could properly see the scar on my face. Apparently I had made a memorable impression on them. I was giggling and grinning like an eight year old child as I showed it to them. It was an interesting moment. And while one of them huddled close almost hand-tracing the line on my face, I myself wondered within why and how I could have been such an enfant terrible willing to put his own self on the line for such a little discovery. My face now bears one lone mark that wasn’t there since birth like that of many Yoruba people now wishing that they could erase theirs, or at least that they had got a choice in the matter in the beginning as they really should have.

Maybe I was really that terrible as a child, now atoning for those sins through the huge torment of the writing spirit. The lone stripe on my face may be a fine reference point to some precocious point in my interesting history, but the real truth is that secretly, I really really just wanted to prove my father wrong.

Kọ́lá Túbọ̀sún is the author of the chapbook Attempted Speech & Other Fatherhood Poems. His works span the intersection of literature and linguistics. He can be found on twitter at @kolatubosun, on his blog at KTravula.com, or at YorubaName.com where he’s curating a multimedia dictionary of Yorùbá names.

A Foray Into the Life of Artists and their Sacrifices

Before I Die: Fiction by Lillyanne Gathoni