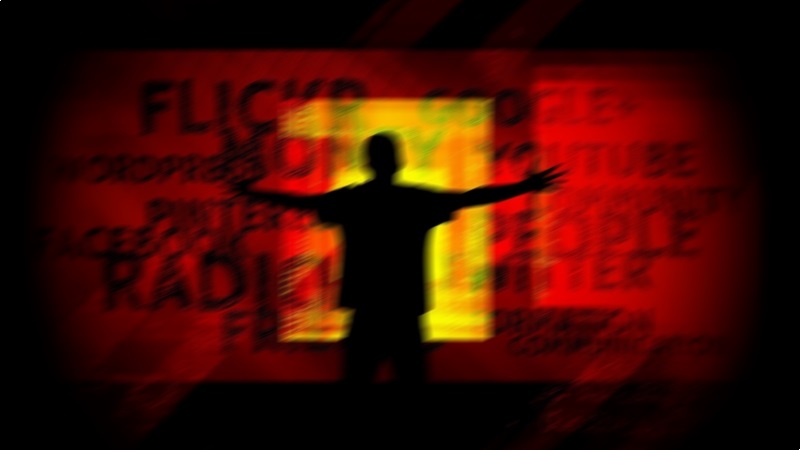 They came in the night like those famed American Navy Seals we see on television. “Open the door, comrade! Open the door!” a loud, guttural voice and insistent banging on my front door woke me from a deep sleep. It was two in the morning and darkness engulfed, warm and infinite. “Open the door, traitor!” the loud voice continued to shout. Before I could answer, the front door was smashed open, and in stepped four soldiers armed with AK47s ready to take me down if I resisted. I moved quickly to intercept the intruders in my sitting room. I had been expecting them for quite some time now.

I was a rabble-rouser and a free thinker. I had been under surveillance for speaking out against corruption, nepotism and downright immoral behavior of the ruling government. My insistent voice had invaded the social media and sparked a movement. “Are you the one they call Vhikas?” The tall one asked me. “Yes,” I replied. “What do you want with me?” A shorter soldier with two scars under his chin moved closer to me and sneered, “Are you also known as the ‘Angry African’ on Facebook?” I shifted my body to face him and replied, “That is not a person’s name and most certainly not my name”. The one who seemed to be in charge moved swiftly and was now breathing hot air into my face. “Do not mess with us mudhara! Or we will break both your fucking legs!” I stood my ground and answered back, “I know my rights, fucking sir! Unless you are accusing me of a crime, please leave my house immediately”. The next few seconds remain a blur to me. All I remember is a sharp pain on my head followed by eternal darkness.

I could feel the slime. It cushioned all contours of my body. I opened my eyes and felt a thousand needles going through my brain. Those bastards had knocked me out. I realised at that moment the situation I was in. I had been locked up in what appeared to be a barrel drum. These Askaris had buried me alive, six feet underground. Who did this to me? I asked myself. My Patella glided over granule like grit. I could not help but choke on the stench rising from these circular walls. “What have I gotten myself into?” I muttered, as I tried to maneuver my body.

Thinking about it now, I realise that my people are not ready. My friend, Amos, told me that the demagogues of change favoured imaginative minds for their night games. Here I was today, coiled up like a fist subdued from releasing its power. I’m an imaginative soul caught between the motionless center of slime and the hard reality of institutional resistance. I tried to move again but the slime rendered me slithery. “Shit!”

Here I lie, folded like corned meat ready for a quick meal serving. You see, I’m a young man living in a world that is driven by multiple conversations on social networks. I’m a consumer of media and a true believer in a free and prosperous Afrika. I have witnessed political oppression by leaders who wear a veil of hypocrisy and believe their actions will benefit all citizens. I lost my small business in a raid by government thugs on a mission to cleanse the city of what they called illegal businesses and squatter camps.

They called us trash hoarders and enemies of the state. In my part of the world, an enemy of the state is the one who seeks freedom, economic emancipation and despises media companies that are controlled by the state. We cannot organise ourselves to speak with one voice. It is illegal. The state propaganda machine is always ready to silence us. I could not take it anymore.

Those state bastards had knocked me out and buried me alive to silence my voice. I felt the granule slime again, as it slid effortlessly between the partings of my toes. My breath was short and the air in this state coffin was contaminated. I began to suffocate, held captive for my beliefs. My friend Amos warned me as I brought up ideas of social movements where all my friends and their families could express their dissatisfaction towards our government, and hopefully, organize a march to overthrow the fat cats who have been feasting on our blood, sweat and tears for over forty years. I called it ‘The day of reckoning’.

I remember the caged look on my Amos’ face when I ventured to suggest a message of open palms and smiling faces. “Hush!” He said. “It’s not our place to stir it up Shumba! We are simple people born of simple ways, let’s keep our motion, motionless”. I recall this moment with absolute clarity, as I lie here bundled up in a fetal position. Was I wrong in wanting my countrymen and women to speak with one voice?

My friend Amos, is not a man of the modern world. Things like Facebook and Twitter are fantasies of the future, as far as he was concerned. His idea of information was to sit under his favorite Msasa tree and read local newspapers or listen to the state-owned radio station. I, on the other hand, was well-travelled, educated and lived life in the fast lane. I showed Amos my smartphone and he exclaimed, “Ah! This is the devil’s device!” “How can a phone do all these things?” I laughed, and told him, “The future is inevitable, brother. We need to use it to our advantage. This little device is the key to the future, Amos. You must embrace it”.

“Is this what you are going to use to start this ‘smiling faces’ idea of yours?” he grinned sarcastically.

“Yes”, I responded. “It’s the new weapon against dictators”

He shook his head in disbelief.

“We need change in this country, Amos. Are you not tired of politicians who promise you a fat cow only to deliver a skinny donkey? Are you not tired of the corruption and immorality of our leaders? Just the other day, the Minister of Minerals granted lucrative mining contracts to his brother! Get out of here, man! Imagine, Amos, our ministers are running businesses on the side, instead of doing their jobs and upholding their social contracts with us, the people. Pane ma apa mudhara”

Amos looked at me with fear in his eyes. “Shumba, do not go and disturb a beehive; they will kill you, Shamwari. Unofa!”

This bloody stench! This oily slime! It was slowly sending me into darkness again. I was hallucinating and screaming. I screamed for my soul. I screamed for the nation to listen. I had lost sensation in my legs, body and arms. Only my neck and head still had their motor functions intact. My mind could not comprehend this unexpected turn of events. I tried to move, but the circular motion held me captive in its soft embrace. Despair sat over me as I contemplated the possibility of my life being cut short.

“Is this how revolutions are fought and lost in Afrika?” I lamented to myself. “Is this what our fathers fought for?” I could not bear the thought. “Was I wrong to yearn for change?” Maybe I should have listened to Amos’ cowardly advice. Maybe I would not be here. Maybe. I felt the sharp needles again in my brain and in that instant, I was engulfed by eternal darkness.
———–
Image: Pixabay.com

Charles Nhamo Rupare is of Shona origin, born and raised in Zimbabwe. He currently resides in Johannesburg, South Africa, but works across the Afrikan continent and other parts of the world. Charles Nhamo’s interests span many disciplines. He is an award-winning Afrikan-centred brand specialist, curator, percussionist, Poet, writer and an all round Pan-Afrikan instigator of thought. He is the founder of Sankofa Republik, a Pan African Creative Hub. He is artistic Director at TEDXJohannesburg, and contributing editor for ProudlyAfrikan.org. He is passionate about collaborations with other Afrikan creatives. He is currently working on his first fictional novel centered around the impact of witchcraft on Afrikan families.

Ebuka Evans
We use cookies to ensure that we give you the best experience on our website. If you continue to use this site we will assume that you are okay with it.Ok