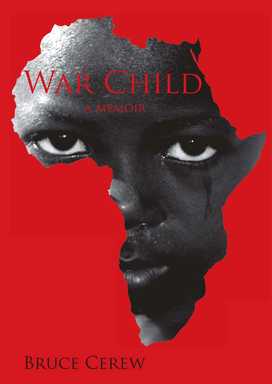 Upon witnessing the explosion its creators had mixed reactions. However one thing was certain, they had ushered in a new dimension to war and the equilibrium in our existence. “I am become Death, the destroyer of worlds” Cried Robert Oppenheimer as he watched the mushroom cloud of radioactive vapour rise into the cloud, leaving only fragments of jade green radioactive glass in the soil and a horrendous weapon of war for mankind. The history of mankind is a tale of an endless episode of violence, death, bloodshed and the misery all in the name of war. In spite of these harsh realities mankind continues to be plagued by this terror. Benjamin Franklin once said, “There never was a good war or a bad peace” yet sadly we are forced to hear and see the frightening images of innocent men, women and children who have been murdered, maimed, raped, tortured and scarred by conflicts in their localities.

Driven by the will to survive, the victims are forced to flee their homes and seek refuge in the indignity of life as a hopeless nomads and refugees. In the process they attempt to cross paths strewn with perils, despair and hopelessness; many perish, some fall prey to uncertainty and many never have another shot at the better life they desperately seek. Yet the fortunate few that brave the hazardous circumstances end up in the chains of destitution, discrimination and under the constant shadow of fears in cities of the Western nations.

The ‘’War Child’’ by Bruce Cerew is a book that chronicles the tales of war; as seen through the eye of a boy, Ray, its protagonist and victim of horrors of the conflicts in Sierra Leone and Liberia. The book paints a true picture of the plight of refugees and the horrors they are so atrociously forced upon by lending credence to the voices of the maimed men, women, and children scarred and ravaged by war.

The 318 page “War Child” is written as a narrative and employs a simple diction to tell its story. It is a tale of humor and tragedy, courage and fear, hopelessness and anticipation, love and betrayal, hope and triumph. “War Child” is set in Nigeria, Sierra Leone, Liberia and the Netherlands.

The book begins with Ray’s struggles in life beginning from an early age in Eastern Nigeria. The young Ray was constantly abused by his father (a compulsive gambler and an alcoholic) who could not come to terms with the boy’s inadequacies. Ray was thus sent away to the village of Amata to live with his grandmother. There Ray finds love, fear and mysterious character in whom he suddenly finds a friend and comforter.

Now grown the boy Ray puts aside childhood traumas and insecurities returns to the city in search of a livelihood. But his hallucinations reappeared handing him the feeling of emptiness and his fears and delusions.

In search of greener pastures away from hassles of life in Nigeria, Ray emigrates to Monrovia. But before he could settle in the country was thrown into conflict. The war ushered in a time of bloodshed, death, sorrow and anguish. Ray forced to flee to Freetown, Sierra Leone in the hope for a life away from the misery of carnage in Liberia. But yet again the gates of Hell were cast open.

The second part of “War Child” begins Ray’s eventual flight to the Netherlands where Ray meets Jamo and Bar. The plot in the tale of their freedom from war, poverty and uncertainty in Africa climaxes with the rejection, misgivings and hardships of life in the observation camp. Living with other refugees the trio are challenged by myriad elements and the harsh realities of life in the west. In the face of these trials, betrayal and disappointment Ray meets and fall in love for the first time. But his joy is short lived when he is sent away to the Asylum Seekers Camp (ASC) in Haarlem. With no money, job or friends, Ray is overtaken by depression, hallucinations and feelings of suicide.

But just when all hope seemed lost, Ray meets Ginger, a lady who helps to rekindle his hope in life. But a sad and sudden twist brings their relationship with to a grinding halt. The Sad and dejected Ray returned to the ASC to the news from the immigration authorities.

In the end Ray finds falls in love again yet. With Trudy, the young man lived and learned the ropes of love, compromise and sacrifice which make relationship and companionship the pillars of a life worth living for.

The “War Child” is the compelling story of hope against despair, and a boy’s will to give meaning to his life. It is bold message to humanity to say NO to wars and its devastating effects which seek to destroy mankind. Wars reconcile nothing and unless people themselves refuse to go to war, as Albert Einstein posits, we may be all consumed by it. The “War Child” Bruce Cerew is available on in major book stores and internet www.warchildnet.com

Bemgba Nyakuma is an MSc Sustainable Energy Technology student of Technishe Universiteit Delft, The Netherlands. Visit his blog.My name is Bevan Bemgba Nyakuma, an Industrial Chemistry graduate of Abubakar Tafawa Balewa University Bauchi. I am 25, live in Makurdi, a published short story writer (The Dreamcatcha & Other stories, 2007) and Novellist.

The Power of Truth: Poems by Fr. Remi Okere

The Last Epistle of Saro-Wiwa: Poems by Karo Umukoro