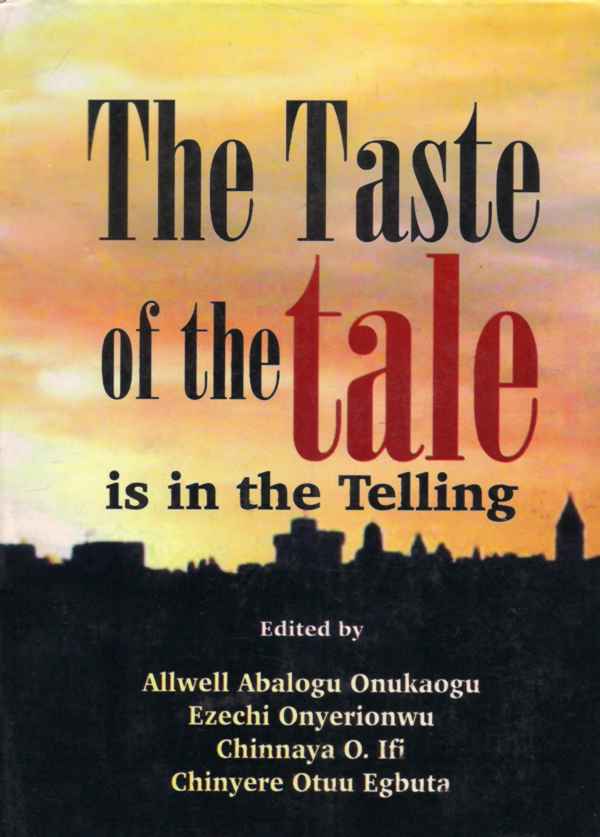 The Taste of the Tale is in the Telling 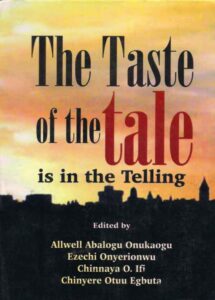 The modern short story is perhaps the most abused genre in literature today after poetry. It is not the miniature novel that many intending novelists violate on their journey to novel-writing. Though it evolved from the oral tradition of didactic moonlight tales, folklores and anecdotes in pre-television days, the modern short story is far more complex and has successfully untangled itself from such reductionist mooring save for its timeless brevity. Just like a symbolic snapshot that tells more than meets the eye, the short story has assumed such cryptic idiosyncrasy that bears a closer affinity to poetry than the novel. Little wonder that sometimes in an entire collection or anthology of stories, one can hardly find a single well-crafted story that has passed the test of the modern short story. It is not uncommon to hear a great work of a first-time novelist or poet or playwright being labelled as a ‘flash in the pan’ because of their innocence of how the virginal knot is broken, but not so for the short story when innocence wears the toga of a crime, for in any good story the writer must display his knowledge of the form beyond mere narrative. It is in this enigmatic nature of the story that The Taste of the Tale … edited by Onukaogu et al can be said to be an appreciable departure, a fresh breath in this asphyxiating corner of our literature.

The Taste of the Tale… is a montage of a country on the precipice of self-destruction. It comprises forty-one stories of uneven lengths and subject matters that traverse the entire spectrum of the Nigerian society such as insecurity, greed, environmental degradation, drought, religious bigotry, poverty, women’s oppression, social relationships, and so other many existential issues that beset our polity. In Onukaogu’s ‘Smiles Were Not Enough’, the reader is impressed by the stoicism of the major character despite the fatal injury she sustains in the auto-accident. The writer achieved his desired aim of invoking pathos from the reader for the plight of the lady in question and lampoons the beastly disregard for human lives in the country. A surgeon ‘who specialized in repairing veins was needed urgently so that the rate of blood loss could be controlled’ (p. 6), what with the lower part of her anatomy a ‘chaos of mangled flesh’ (p. 6). Out of the three or four specialists, one of them ‘answered from a background of organized noise’ (p.6) that he is in church, being a Seventh-day Adventist, and cannot leave the presence of his God to attend to the emergency case at hand. This provokes the ire of the narrator who could not understand that:

‘…someone who called himself a doctor, who had a duty to humanity, would sit in church, while someone he could have saved was dying. Was saving this soul not part of serving God? Would God not understand if he quietly stepped out to defend and propagate the course [sic] of humanity, and demonstrate love, which was the central crux of the gospel of Jesus Christ?’ (p. 7)

To help save this soul, desperate arrangements are made to move the lady to Port Harcourt to the only surgeon willing to help. But they had bargained without ‘the miserable road to Port Harcourt, the eminent, ever-present Port Harcourt hold-ups, even more notorious on weekends’ (p. 8). This story is reminiscent of an apocalyptic line from Saro-Wiwa’s prophetic story ‘Africa Kills her Sun’, to wit: ‘Africa kills her sun and that’s why she’s called the Dark Continent.’

Onyerionwu’s masterful ‘Guilty as Charged’ appears to thaw the gloomy mood of Onukaogu’s heart-rending story. Here a kidnapper, not more than nineteen years old, meets his waterloo when he runs into his victim in a banking hall. At first the reader sympathizes with this deceptively innocuous young man with a ‘round and smooth face’ for being pummelled by a middle-aged woman old enough to be his mother. She accuses him of raping her after his gang had kidnapped her much to the amazement of her audience who feels she is suffering from an ‘unwarranted case of transferred aggression by a disgruntled woman who was probably suffering from the psychological tremors of a shaky home’ (p. 13). To disabuse their minds, she has to show the bite mark she inflicted on his thigh in her struggle not to be raped by him. The subject of kidnapping may appear topical and trite, but the writer’s effective use of humour and suspense more than mitigates this.

In an anthology dominated by dark stories of angst and pessimism, it is with a sigh of relief to find the occasional lightheartedness in Kennedy-Oti’s hilarious ‘The Campus “Aje”’ which brilliantly satirizes poor female undergraduates who try to keep up with the Joneses. Vivy, a campus ‘ajebo’ who pretends not to have ever seen cockroaches before in her life, is brought to her level when her room-mate visits her unannounced at her shanty residence in Ajegunle, a popular Lagos slum. The dexterity by which the writer handles her characters, spicing their language with the requisite campus ladies’ Pidgin English, lends verisimilitude to this story.

A master of the short story, Umez’s two vignettes are centred on adultery. In ‘Restaurant Conversation’, a young man’s regret of wearing his wedding band in a date with an unmarried lady is subtly and unmistakably registered in the reader’s mind. By way of contrast, a woman wins her promiscuous husband back in ‘Meltdown’ without raising hell but by simply stooping to conquer. These sketches affirm the postulation that the short story shares a closer proximity to poetry than the novel. Umez’s rather Chekhovian vignettes conform to what the editors  observed about the short story genre in their introductory note, that ‘the beauty of a short story lies in the fact that, very much like an expertly constructed poem, it says so much in a little space.’ (p. v).

Bala’s ‘The Blank Book’ and Bula’s ‘Three Suitors and the Lily Flower’ are equally well-crafted. However, one wonders what stories like Egbuta’s ‘Shoshoro’, Ifi’s ‘Ikenba’ and Imam’s ‘The Amigo Sisters’ would be doing in such an anthology. Worse still, it is ironic that the editors who bemoaned the inability to include other stories on the ground of ‘space constraints’ (p. vii), could allow room for Urum’s nine stories of indifferent quality. Lastly, the  work could have benefited from better editing if the editors had taken their time to remove glaring errors such as ‘a quick bathe’ (p. 26), ‘I held my breathe’ (p. 32), ‘they decide our faith’ (p. 46), ‘the lightening was threatening’ (p. 104), ‘he had no qualms taking what belongs to others’ (p. 302), ‘four day’s later’ (p. 305), ‘rented the air’ (p. 319), ‘about to breath his last’ (p. 320) and ‘touchlights flashing on him’ (p. 323).

Though The Taste of the Tale … is a pointer to the fact that the average Nigerian writer still flounders at the seemingly slippery terrain of the short story, there are a few strong voices who are the future Alice Munros especially those that their stories were briefly examined above. This anthology is recommended for those who want to learn the craft of the short story and, in a few instances, how not to write short stories. The taste of the tale is in the reading.

Born in 1976, Isaac Attah Ogezi attended the University of Jos, Jos, Plateau State where he obtained his LL.B (Hons) in 2002. He proceeded to the Nigerian Law School, Abuja, and was called to the Nigerian Bar on 12 October, 2004. Currently, he is a practising lawyer based at Keffi, Nasarawa State of Nigeria. He is published in The Rocks Cry Out (an anthology of ANA, Jos Chapter, 2002), Five Hundred Nigerian Poets (2005) and several national dailies in Nigeria. He writes plays, poems, short stories and literary essays.

Ballad of a Growing Intimacy: Short fiction by Abigail George

For Dry Morsels We Mourn: Poems by Adeola Ikuomola