It was seven a.m. and Peter Anadre relaxed in the owner’s corner of his new BMW X6 Jeep. He loved this car, particularly for its tasteful interior, its comfort and its excellent engine performance. To him it was truly ‘the ultimate driving machine’. However, he hardly drove the car these days; the more he climbed the ladder of success, the more he had to depend on Usman, his chauffeur, for his travels. Most often he made use of the few hours in the car to study reports and memos, to catch up on some reading or to meditate in preparation for major decisions that he would have to make during the day. The pressure of his work on his thoughts was not so stifling this morning and so he decided to browse through the day’s paper to keep him abreast of developments around the globe. 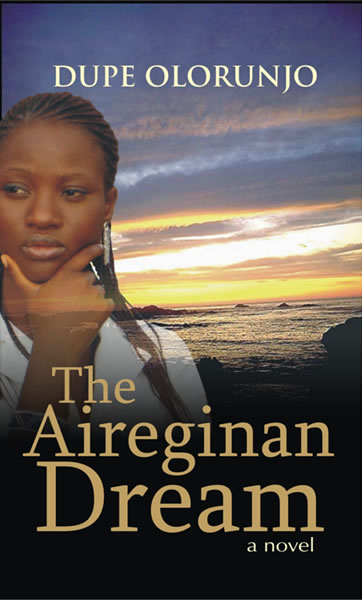 The traffic was bad as usual. He realised that they had been at a standstill for a few minutes, and looked up. The car was on the outer lane of the road and he had a clear view of the few ships docked along the Marina. They were giant vessels but looked forgotten and derelict. He wondered if they were really safe to ply the waters.

Something else caught his attention. Along the harbour was a grown man taking his bath. He had soap lather all over his body, and didn’t seem to care that he was naked. The man bent over to pour a little more water over himself before continuing to scrub away. Peter couldn’t believe his eyes. Was the man mad? He looked further down the pier and noticed that there were more of them. He counted; about twelve naked bathing men dotted the shores, not caring that the world was watching. One more joined them. He dropped the bucket of water he was carrying onto the grass, and began to strip. Obviously he planned to take a bath too.

Peter’s heart sank under a sudden weight of sadness. Did these men not have a home, a place where they could take a bath in private, as every adult deserved? Even though he was seeing this tragic spectacle for the first time today, it looked like it might be an everyday occurrence.

As the traffic eased and they moved along slowly, he was faced with another sober sight. Two grown men squatted with their trousers down to their ankles, obviously emptying their bowels, again in broad daylight. He decided to look away and render them some privacy. His expression was grim and his heart heavy as he folded the newspaper away, and withdrew into his thoughts.

However, this was a day where he was not to find that kind of retreat. A tap on the car window drew his attention back to the outside world.  A young disheveled girl of about thirteen, alternated between praising him, praying for him and begging him for ‘some loose change’. Beggars of all ages were a common sight in Petat, and he was about to return to his reading, when something else captured his attention for good. The girl had a baby, who couldn’t have been more than eighteen months, strapped to her back. The baby was also staring at him with pleading eyes and had her hand upturned in a beggarly fashion. Obviously, she couldn’t understand what she was doing; just that it made sense to mimic the only rewarding action she had observed in her world.

Thomas Echinacea was a thirteen-year-old, form one student. He walked into his school, on this bright morning, at about seven-ten a.m. He was neatly dressed in his school uniform, which was clean enough, but which was dotted with numerous patches both on his shirt and on his trousers. The few books he had were in the yellow cellophane bag he was carrying. He kept his writing materials in his pocket because he couldn’t afford for them to be stolen. His parents were very poor and would not be able to afford another set. On his feet, he wore bathroom slippers.

In Petat Central High School, it was an offence to wear anything other than brown sandals to school. Two days before, Thomas’ sandals, which usually visited the shoemaker once or twice every week, became damaged beyond repair. He didn’t realise how bad things were, until all the shoe-repairers he took them to, told him firmly one after the other, that they could not help him any longer. He had begged his father to buy him another pair, but the man sadly told him that he couldn’t afford it now and asked for more time.

Yesterday he had come to school in bathroom slippers. The teacher at the gate instantly told him to go back home. Thomas begged and begged, and explained that his father had promised to buy another pair of sandals soon. The teacher lost his patience and was about to cane him, so Thomas had to leave.

He cried a lot yesterday. He was from a very poor home with a poor mother, a poor father and six poor brothers and sisters, all living in two small rooms. Even though he was young, Thomas had heard that the only way he could put poverty behind him was to go to school. He wasn’t naturally brilliant, but he read very hard and came out tops in all his exams. He had sworn to himself that he would never miss a day of school. As he cried yesterday, a thought came to his mind. The plan was wonderful and ultimately made him dry his eyes.

Today, he walked into the school very early and was glad to see that none of the teachers had arrived. He rushed into his class and put his books inside his desk, which thankfully was on the last row of the class. Then he curled himself under the table in such a position that no one could see him unless they actually bent over. So far, so good! He closed his eyes and tried to relax. No one would take notice of his slippers if he stayed away from the assembly. After that, he would just come out of his hiding place and sit at his desk, with his feet under the table. Wonderful plan! He tried to adjust to a more comfortable position when he heard a couple of his classmates come in. He sat very still.

Nothing would stand in his way of attending school, not even a pair of bathroom slippers…

Dupe attended Saint Annes school in Ibadan. She has a first degree in Pharmacology from the University of Lagos and a Masters in Business Administration from the University of Benin. Most of her career has been in banking. Her hobbies are reading, writing, listening to music and movie critique. She also loves teenagers dearly.

The Rite of Passage: A Short Story By Olunosen Louisa Ibhaze

The Tortoise and the Gem of Priceless Value: A Poem by D.M.D. Goodhead