Lawless & Other Stories By Sefi Atta

Whether she is writing about a woman who has been maliciously accused of adultery in a Northern Nigerian state that has adopted Sharia-ah law and awaiting her sentence of death by stoning in “Hailstorm on Zamfara”, or she is writing about the wife of a Lagos “Big Man” who masks her loneliness with the drama of her spoiled, insolent children, one of whom is beginning to show signs of inheriting the family’s mental illness in “Madness in the Family”, Sefi Atta’s steady, quiet, and yet bold narrative voice is unwavering in its dedication to craft, originality, and last but not the least, truth. Truth, that is, in artistic rendition of our lives.

Sefi Atta writes like one who has lived the life of each single character in her dazzling collection of short stories. The reader comes off with the sense of a story teller who is so in tune with the suffering and other life happenstances of her characters, that the reader is bound to find a commonality with them—be it cultural, psychological, social, or human. 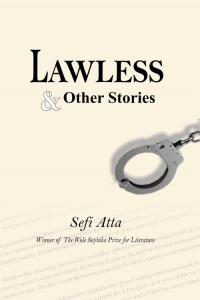 Almost every character in these stories has come back to me—sometimes in a dream, other times while commuting by train to work or even during meal times.  I know how powerful and effective short stories and novels are by the length of time they stayed with me.  Sefi’s stories stay with you, and in a very unobtrusive way, demand of you to think about the plight of the characters.  Ironically this demand
doesn’t take place during the reading of a story—it happens long after you have finished and put down the story.  To me, this effect on the reader is the highest mark of story-telling.

After reading about ten of Sefi Atta’s stories it is obvious that she is one of those writers who will not write a story unless the story is worth telling—artistically, aesthetically, and culturally. Sefi’s vast knowledge of her characters and their surroundings, her compassion for them, and her sense of duty to the art of story telling make these characters part of the fabric of our day-to-day lives. Though I will never be a drug courier, by the time I finished reading “Last Trip”—the story about a cocaine-pusher who after many trips smuggling drugs inside her stomach by swallowing bulbs in Lagos and “shitting” them in London and New York, vows it will be her final trip—I was not only as nervous and anxious as the main character, but forgiving of her despicable vocation. She has a mildly retarded child to look after, a child on whom she uses the drug money to ensure he has a decent upbringing.

Sefi Atta’s stories evoke profound moral, ethical, and cultural questions most contemporary African writers find uncomfortable to tackle in their works. And the beauty of her writing is that she does all this in a quietly defiant manner, and at such a high aesthetic and artistic level, that one never feels the harshness of these questions at the time of reading, until hours or days after putting down the story.

On the Line: A Short Story by Henry Chukwuemeka Onyema

Wafula p’Khisa
We use cookies to ensure that we give you the best experience on our website. If you continue to use this site we will assume that you are okay with it.Ok