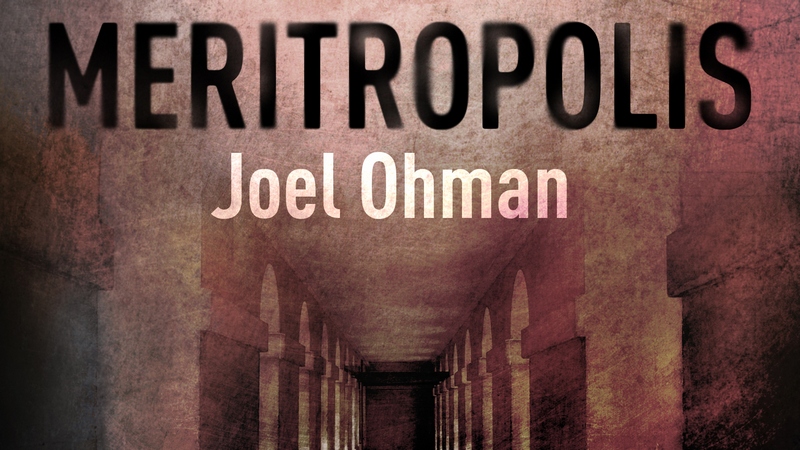 The book is Meritropolis, written by Joel Ohman, targeting the teenage reading audience. It was self-published in 2014 on CreateSpace. It has two hundred and twenty six pages. Its theme oscillates between utopia and cacotopia, in the style of Strange Case of Dr. Jekyll and Mr. Hide by Robert Louis Stevenson; hence it’s a genre of dystopian nature. It is recommended, however, with reservations.

Its major character, Charley, balks at the current system of doing things in his society ever since his brother with Down syndrome was taken away by the rulers. Like in the political theatrics of Idi Amin Dada, anyone with an intelligence score lower than 100 is removed by the prevailing powers that be in Meritropolis and then thrown outside the city walls. The misfortune is that no one survives outside the walls. The predatorial creatures in the likes of Mr. Hide or Homeric Cyclopes that have developed post inception of the elimination system are too powerful and ravenously hungry, like the Tigre on the boat in Yann Martel’s Life of Pi. 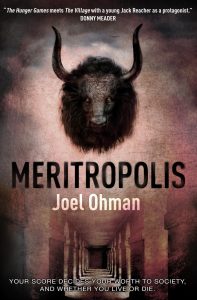 Unfortunately the good intention of ensuring that the city’s population does not go hungry is to limit its size through justifiable depopulation; elimination of young people with below a 100 score on intelligence being the prominent one. With his vintage score of intelligence and vigor, Charley is confident that he can penetrate the government and avenge his brother’s brutal and merciless death. To his positive chagrin, Charley later on learns that he is not the only person harassed by the current political System in Meritropolis. There are other subversive victims of cacotopian projections by the powers of the day, but they have their own varied agenda to counter the prevailing cacotopia.

Like Wole Soyinka’s A Shuttle in the Crypt, Meritropolis is a fairly typical dystopian novel. It presents a desperate and frustrated human society willing to trade-off its soul to survive. Feasibly, Government mandates euthanasia, forced abortion, anti-terror laws, hate speech laws, executive endorsement of tyranny of numbers, media gagging laws and draconian penal systems only to keep its citizens in constant fear. To avoid retribution and nemesis like the ones meted to Alfred Nobel’s cats as narrated in his Novella, The Nemesis, most people take a utopian stretch to remain silent in the cacotopian face of injustice until dystopian Charley and his fellow subversives take matters into their own hands; A social move that only gets a very beautiful analogy in the recent case of demonstrating primary school girls that were clobbered, dog terrified and brutally tear-gassed by the policemen in Nairobi.

Like all other literatures of dystopia, this book has an admirable message of justice and freedom. But it is not devoid of structural weaknesses. The book lacks writing style, universality in outlook, and depth of creativity. Incredibly, even for a fantasy, Ohman’s imaginary creatures seem absurd like the Succubus of Nadine Gordimer in The House Gun or like the Homunculus in Ben Okri’s The Famished Road. Probably the Author Mr. Ohman was presenting himself the way Leo Tolstoy did in War and Peace or Mikhail Sholokhov in his And Quiet Flows the Don. Charley’s knack and prowess for warring beautifully connotated the author’s spirit of fighting.

The argument is; absolute goodness in human life is impossible. Even Charley himself went on the warpath to freedom and justice in total indignation at the violence of Meritropolis by its rulers. He still uses the vices of anger, distaste of others and abuse of his physical strength to justify killing. He realized this on the last two pages of the story. He then begins to question his methods. Conclusively, the book implies that he may be capable of a change of heart but subject to further mental befogging given his high spirit for revenge. Anyway, the author’s philosophical motives are nicely achieved. Yes, literatures of dystopia can convey messages of moral conscience, even more than Kwame Nkrumah’s essays published under the title Consciencism.

About ‘urn: A Short Story by Segun Akinyode

My Generation Better Than Those Before Us – Toni Kan Onwordi