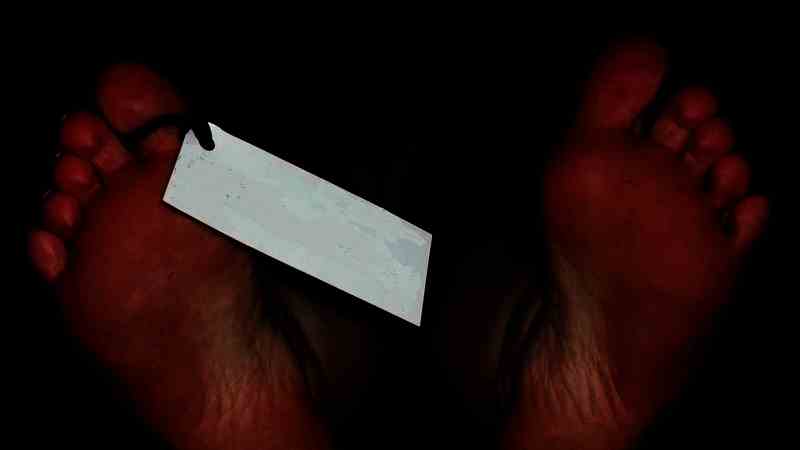 How does a snake become family? I mean, how do you get used to allowing a snake climb into your sitting room sofa, into your bed, and still resist the urge to smash its head? How do you grow used to welcoming snakes? Where I come from, seeing snakes was normal; it was part of culture. But, I hated it. I hated seeing those slimy, crawly creatures slither through the house like they owned it. How could these ugly things be our ancestors?

Anyway, this story began from the day I saw a fat, shiny snake which had beautiful patterns on its skin climb into the space between Mama’s kitchen wall and roof and curl up there. It was the same day Mama fell off the stairs; the same day Mama died. Somehow, we knew she was going to die; it was only a matter of when. She was frail at eighty-seven, the oldest woman in the village. She talked a lot and ate very little; irritation always on the edge of her voice. Mama walked with a slight bend, with the aid of a stick; the same stick she threw at us when she could no longer stomach our misdemeanors.

From her usual position on the wooden bench in the corridor overlooking the stairs that led into the compound, she dished out orders. Some of them irritatingly annoying, distracting us from play.

Ona, boil some yam and pound for dinner.

Muna, go and fetch some fodder for the goats.

Mama could be very annoying sometimes. Her childish fussiness and troublesomeness could drive you insane. I imagined myself pushing mama off the stairs out of suppressed frustration, her almost bald head hitting the bare floor with some blood trickling from her head, her body convulsing, and then gathering together in cold stiffness. But, I couldn’t act out my dark thoughts.

Father had insisted I take my First Holy Communion in the village. You have to learn your catechism in Igbo, he said.

I was attending catechism classes in the village and learning Igbo to father’s satisfaction. I was also learning to fetch fodder for the goats and how to climb trees. You would see the pride on his face and shoulders when Mama told him I fetched fodder for the goat and helped Ona pound yam. But then, Mama decided to die when I was still in the village, two weeks to my First Holy Communion.

She was going to ease herself, Ona told my parents when they arrived. Nobody cared to ask Ona where she was when mama fell. Or where I was. They were too overwhelmed with grief.

If you grew up in my village, you would understand that a snake was a visitor. You too would get used to the idea of seeing snakes around now and then. You would not be surprised to see it hanging from the ceiling fan in your sitting room one day or lying comfortably in the water inside your toilet bowl another day. You would not even stop to imagine how it managed to get into your house, the slithering thing. You would learn to welcome it with kolanut and nzu, white chalk.

Maybe you would also find out that if you killed it, you killed a human being and you would have to bury it with all the attending ceremonies, like you would bury a human.

I knew these things, but I was all the more startled by the mysterious appearance of that snake on the exact same day Mama died, and of all the places in the compound, it chose mama’s kitchen, the heart of her home. That one had to mean something. It stared at me, a piercing dangerous stare that spewed evil, and I felt like stoning it to death right there. But I couldn’t.

Later, when my parents came to grieve over mama’s dead body, I mentioned it. Father ignored me completely. Mother waved it aside with a vague smile. I’m sure it’s nothing.

Then, a few days after Mama died, Father came home from the village where they had gone to plan for the burial, with a face the shape of a trapezium.  I had returned to Awka with my parents by then.

Ngozi was my father’s only sister, his senior by six years. She was the first child. Between them was my uncle, Uzoka.

“Imagine. She is claiming that Mama left all the clothes and gold for her.”

“Hian!” Mother exclaimed. I could imagine her face, with her lips squeezed at the corners and her eyes charged with resentment. “Is she the only child Mama gave birth to? Ehn?”

“Rapu ya. Leave her. She wants trouble.”

In father’s voice that night, I heard something I had never heard before, something dangerous and sharp.

“O ga-afu. She will get that thing she is looking for.”

Like that, it started and spread. From wrapper and gold, to the trees in the family house and the house itself. Every single thing in mama’s house became something worth fighting for.

I overheard Father talking into the phone one night, his voice steely and cold. “Mba! Ngozi, don’t say that again biko. Don’t just say that. Mama did not leave any house for you. A woman does not inherit house!”

Mama was buried on a hot Friday like that in July. Amidst the ambulance sirens and burial mass, the wails and drumbeats that filled the air, there were slices and layers of malice and hostility. You could easily see this if you had spirit eyes.

Coolers of jollof rice and meat disappeared into rooms.

People shouted and screamed at people they had once played with and loved all their lives.

Because of meat and jollof rice.

Because of wrapper and gold.

Because sometimes, death brings out the true colours of the living.

When we got back to Awka after the burial, father warned us sternly to beware of aunty Ngozi.

“That woman is evil. Her hands are not clean anymore. She is looking for the person to use for her ritual.”

I struggled to understand this. How a woman who once held my naked seven year old body in front of her and scrubbed it clean had, all of a sudden, become the enemy. So many questions hung to my throat, but I was only a child and father was going to wave those questions away.

We could not visit aunty Ngozi anymore.

We could not accept food or anything from her.

We could not talk to her.

She was evil; a witch. When father said the word “evil”, I thought of the snake, shiny and beautiful, curled up on mama’s kitchen wall and staring at me in mock innocence.

And uncle Uzoka? Father said that one was a coward who dodged the responsibilities of a first son. Why couldn’t he stand up to aunty Ngozi’s stupidity? Father asked. But the uncle Uzoka I knew was the one that carried me on his lap and sang Gloria in excelsis Deo loud into my ears until it tickled and excited me and I burst into laughter, radiant with pure joy. The uncle Uzoka I knew held my tiny little hands and stoked them and called me angel.

The cord was cut slowly, till there was nothing left to hold them together, till I started seeing traces of bitterness on Father’s face whenever he talked about his siblings.

Then, one Saturday morning, someone from the village called.

“They are asking me to come to the village. It’s like something is wrong.”

We all drove down. Forty-five minutes drive from Awka. No one said a word on the road. I sat in the back seat, looking at father’s eyes through the rear view mirror.

There was a small crowd in our family home when we got there, and they were sitting on wooden benches in front of the house and looking solemn. Some of them had tears gathered in their eyes.

Father stopped and asked one of our kinsmen what was happening. That one simply shook his head in grief and turned his back to father. Something had to be terribly wrong. I knew.

When we got into the house, we saw aunty Ngozi, kneeling by uncle Uzoka on the bed, shaking him and muffling sobs.

I stopped at the door. I couldn’t go any further. My legs cringed and I remembered the snake on mama’s kitchen wall.

He shook him and screamed his name. Mother’s hands flew to her head before she threw herself to the floor. I did not understand what was happening.

Father placed his hands on uncle’s chest and waited for pulse. After a while, he removed them, and turned quickly to aunty Ngozi.

“You killed him!” he shrieked, his eyes red with rage.

“What are you saying?” a startled, bewildered aunty Ngozi asked.

“You killed my brother!”

Father pounced on her immediately. He slapped and pushed. And then he pushed again.

I can’t recall exactly how it happened. I don’t know. There were tears in my eyes and I was kneeling by the door, sobbing. I think aunty missed a step and fell, her head landing on the tiled floor. I saw blood gather on the floor, around her head.

But aunty never really got up from there.

The Horsemen: Poems by Obi Nwakanma

The Tree: An Excerpt from a Novel by Chidi Jas Onyia

Why I Fought In the Church: Fiction by Esomnofu Ebelenna