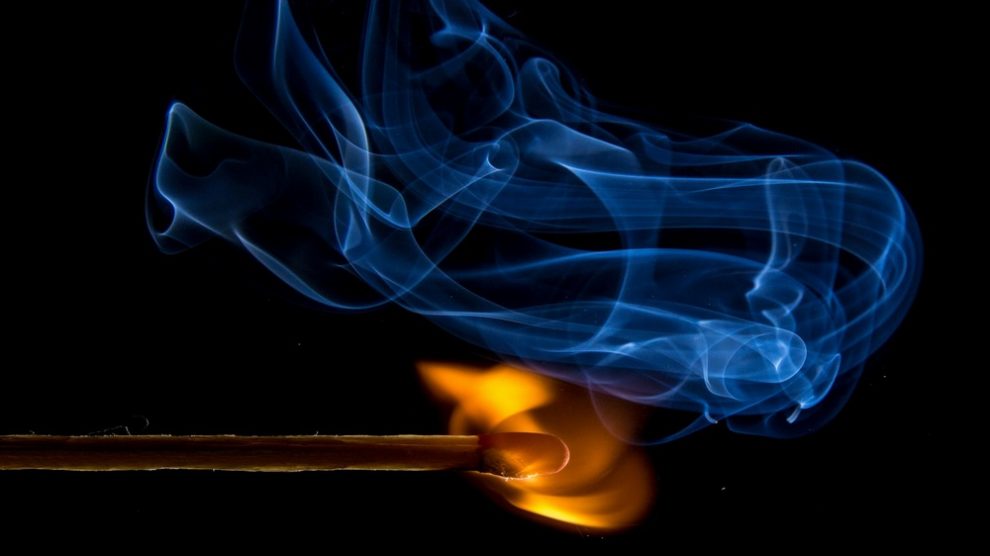 …a man needs to fight for what he feels is his.

How to Light a Candle

A gentle wind passes, and the light that illumines the room dances and dances; sometimes turning pink, sometimes blue, blending into white. Finally, it decides to die. The old man exhales sadly. I imagine his face grimacing with sheer discontentment.

‘Candles do not die because of a small wind.’

‘The days are evil!’

My eyes gradually adjust to the darkness that plagues the room. I observe as his wrinkled hand makes to pick the matchbox that rests beside the flat, steel plate on which the candle stands. He traces it so easily, demonstrating how inured he is to where his things are kept.

‘Like I said, so long as the sun shines and the universe births the air we breathe, there would always be a division,’ he says. ‘People of class and those of no class. Our wishes would rather have the world play out as it is in our imaginations. But do fairy-gods really exist?’ His awareness floats for a moment and he closes his eyes as if they are giving in to sleep.

He blinks. ‘It might not be a total waste of time though, because a man needs to fight for what he feels is his.’ But then, there’s always the predictable drama that exists between these classes. Terrible!’ He curses.

‘I believe in fate Baba.’

‘Don’t we all?’ He strikes a match. The match flares and dies. He gives up easily and scowls. ‘Come over here boy and stop looking at me like someone who doesn’t know how to light a candle. I should have my grandson helping me whenever he comes on a visit.’

‘Mercy Baba!’ I collect the matchbox from him. ‘I’m just thinking—’

He laughs out loud, revealing what’s left of his kola-brown teeth. ‘You think I don’t know all these things? The politics of life. The haves and the have-nots. The literates and the non-literates. I was exposed to them before you. I retired as a school gateman with full benefits when you were still a toddler, so, I’ve seen things,’ he boasts. He never fails to bring this up anytime he feels he’s been looked upon with inferiority. Having had an affiliation with school is such an honour.

‘You know, candles have a mysterious beauty. Each time they are lit, they suffer a while of rejection from the darkness around them, but gradually the darkness accepts their light because they show promise. In life, we cohabit, we persist. But don’t be foolish.’ He adjusts and rests his head down against his pillow and shuts his eyes.

I strike a match and, in a few seconds, the light brings the candle burning up again.

Godwin Uche Uwadilachi believes African Literature is the gateway to another literary era yet unknown and tries the best he can to contribute his quota. His stories have appeared on the Kalahari Review, African Writer and elsewhere. He was shortlisted for the Syncity Anniversary Anthology + Prize and long listed for the 2019 Writivism Short Story Prize.

The Unsung Nigerian Writer in a Hip-hop World

On the Wings of the Wind: Poems by Akeem Lasisi

A Season of the Great Lake: An Interview with Mukoma wa Ngugi