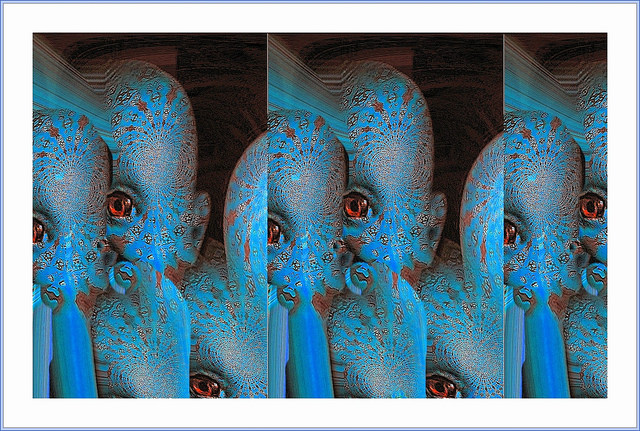 They all screamed but the grandmother screamed the loudest, her eyes darting in every direction, fearful, pessimistic and yet betraying hope. She begged her daughter, begged the baby, begged God. When Salomi asked her over the phone to come, she had laughed and said that she didn’t see the need. This was the fifth child, after all. Her guidance might just be a little redundant. But then, even Moses asked her too, and because something in her heart felt the need to comfort her daughter she had to come. He came to pick her up from the bus stop, sweetening her with an exaggerated welcome, boisterous as always.

He seemed determined to dare anyone to call him sad. If she had attended the naming ceremony yesterday, she would have heard his testimony. When the pastor in that calming, balmy, edgy voice of his had said “can we hear the baby’s story so far? Any testimony from the parents?” Moses just automatically stepped forward.

“Praise the Lord!” he’d begun. His voice was clear and betrayed as much emotion as a megaphone – it was only loud. “This baby,” his eyes focused on no one and nothing, “I don’t know if to call it local match or international match.”

The male guests rumbled in coarse laughter, relating to the football analogy.

“I won’t say it is a mistake because God makes no mistakes. But honestly, my wife and I had decided that the four children are enough. This is just a surprise,” he cleared his throat, resting his gaze for a slight instance on the pastor.

“I will be very frank,” he continued. “When Grace was born I was expecting a boy. I was a little disappointed then, but I was driving home from Abuja after I heard the news, complaining inside my mind, when I heard a loud, strong, very clear voice. And it said ‘shut up! Am I not the One that has given you these children? I have a reason for doing this.’” His eyes scanned his riveted audience; the atmosphere was rigged with solemn awe. “Since that day, I told myself that my girls are enough. Now Grace is no longer the last born, but I still thank God for each and every one of my children.”

The pastor announced the name Moses had picked: Triumph. And everyone marveled at Salomi’s extraordinary strength, how no one seemed to have detected the onset of her labour and how she could just take herself to the hospital and have her children. She smiled and answered “amen” to everyone’s good-natured prayers, received their money gifts with profuse gratitude and gave the pink bundle to anyone who stretched out their hands for her.

Through the prayers and the singing and the male-inclined jests, Salomi kept a remarkably calm attitude. Just at the right moment, when the pastor was expatiating about children being arrows in the armoury of their parents, she nodded. When he talked about the benefits of raising the female child, she grunted her assent in just the right slot. She said her “amens” with a graciousness becoming of a believing mother of five.

Only Zuwaira knew what a battle it was to be that marble stone carving of Christian fortitude, to say yes when all she wanted to do was scream no. it was Zuwaira who persuaded her to keep the pregnancy, fuelling the hope that maybe, just maybe this last one will be a boy. It was she who held the newborn baby in her arms and remarked that girls never forgot their parents.

After the ceremony, when all the guests had gone with their take-away packages of fried meat and masa, and had guzzled away three crates of mineral water, the neighbourhood women had all noisily asked Salomi where Maman Mary was. Did she not know there would be a naming ceremony in her block? Was she not invited? Salomi sighed, unable to ignore seven voices at once and knocked gently on the older woman’s door.

“Mama, I am sorry if I have offended you before, but for the baby’s sake you should have come,’’ she said in a voice that trembled. The other women filled the room, exploring the conflict like hawks on a prey hunt.

“This kind of thing is not good,” said Mama Oyinbo, the mother of an albino child. “If we are together, at least when something is happening to another person we should just be around, ngwa?”

Maman Mary swallowed something with difficulty and said, “she can from here go to Ochanya’s house which is six blocks away and tell her that she wants to name her baby,” tears had begun to pool in her eyes. “But see her door and see my door, she did not even say anything about it when we greeted in the morning. So why should I come? If “widow” is an infectious disease I don’t want to infect her.”

At this, all the women began to talk at once, each trying to scold or comfort or explain.

“I don’t know what she was thinking in her mind before she did not invite me. So I better stay one side and watch, because I don’t know whether I will do something to spoil anything there for them,” Maman Mary said with haughty resignation.

They all agreed that Salomi was wrong and they apologized to Maman Mary and reconciled the two women. Only Zuwaira understood Salomi’s pendulous attitude toward the widow – she envied her. To be without a husband, free from offending in-laws and their nauseating expectations, to have the four children but with two boys in the number, and to have them all grown. Salomi sometimes couldn’t stand the kind of life she watched this woman take for granted every day. After giving her a friendly chiding, Zuwaira urged her to have her mother come by for a visit.

The other children were all in a fuss about their new baby; they denied their less favoured friends the opportunity of seeing her half-opened eyes and startling red skin, and rewarded their friends with a quick visit to where the baby was neatly laid down on her mother’s bed. Being the oldest child and eight years old, Lucy appointed herself her mother’s assistant, trying to help in ways she was neither experienced nor strong enough to. And because Moses did nothing around the house, it more than seemed like a good idea to have her mother around for a while. Salomi accepted no excuse until her mother agreed to the visit.

It was with silent gratitude that she welcomed her mother, who understood without a word said or heard the nameless unsettling of her daughter’s heart, the hovering apprehension, the confusing fear. She said nothing; she unwrapped her little presents to the four over-exuberant girls and flattered the newborn to Salomi.

“Come here, baby, let your grandma give you a proper bath,” she said, hugging the pink package.

It was in the process of bathing the little girl that she dipped her bowl in the hot instead of the lukewarm water bucket. Maman Mary heard from her room cries like the cries of mourning. They were screaming, holding the baby and looking on helplessly until Maman Mary grabbed her and ran to the clinic. Salomi followed in a sleepy vertigo. What would Moses say?

She sat outside the treatment room and heard with pains her baby’s cries and her mother’s groans; all the while working to piece the perfect story for when Moses came home – a testimony that would get loud amens.

Play Me the Kora: Poems by Unyierie Angela Idem

The Whirlwind: A Short Story by Abubakar Adam Ibrahim

The Evidence of Nostalgia: Fiction by Kabu Okai-Davies

Among Strangers: A Short Story by Jude Dibia