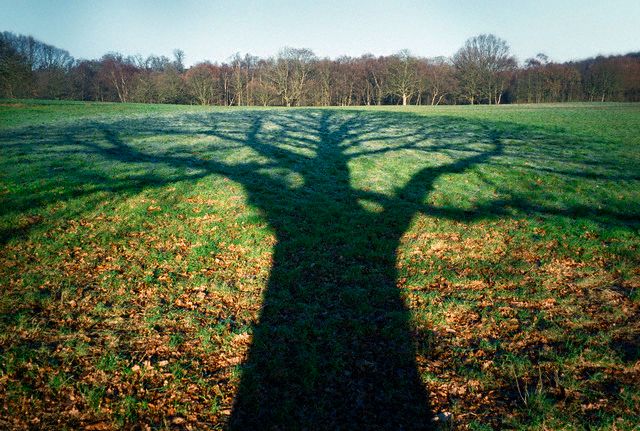 Words can be sensual, the theory and text seductive, luminous, healing, filled with tired misapprehension. It might even manifest great ideas or small. For the poet in transit the work that lies ahead of him is filled with trials, turmoil, writer’s block, creative expression and artistic license. He must face up to that which he fears the most.

It is here that mysticism and the brimming jubilance of love can be found; all at once familiar, coursing like metallic blood through veins. A poet’s words can cauterise the page, bestow blessings upon a mind seeking an unholy demise, thinking of suicide, or a child longing for a maternal embrace; a normal life.

A poet’s words leave spaces, gaps in between the black and white, the neutral for interpretation, poignant messaging, invisible ink texts through the blank page, clamours with a drumming and a rhythm all of its own beating.

Words must be won in the cornerstone of the lingering subconscious of the mind.

They are entwined continuously, hinged with subtle, racing edges of sadness, give rise to a sudden outpouring of manic panic, pitch lucidly, offer temporary respite from a cruel, unforgiving world, a planet that is shared by millions side-tracked consciously by the human condition.

Poets are reclusive by nature, give in intentionally to the volcano of ideas that storm ahead inside their brains, retreat, surrender, let go of the perfect bubble that is formed when nadir, nirvana is found. When there is too much going on it feeds the poet; it is his fuel in the beyond and the oblivion that rests here on the computer screen or the white page.

As children, poets delve into the cocoon of libraries. Here, books tolerate them like no adult or authority figure ever will. There sometimes grubby fingertips can graze pages and can find echoes of family holidays, flourishing loveliness, can find gifts. Here, it’s better than Christmas. It doesn’t matter if you are rich or poor.

Words in poetry are often like that of any family in the human condition. Their day to day livelihood has a glowing impermanence. Where doll parts shine through, they struggle to survive like the width of threads, breadcrumbs offered up on a silver platter, a camp made by children in the living room from bed sheets, pillows and sleeping bags.

Rivers can also run through words.

A wife and mother seeks escapism (doesn’t a poet’s heart and head sometimes long for that), a novel design for her life, think her life dull, unsophisticated, her husband a boorish boor who drinks too much on the weekends, her children spoilt brats. During the day she keeps house, scrubs floors, prepares meals for her family (she thinks that she is taken for granted and unappreciated) and what does the poet do?

Exactly that; he peels every layer of his consciousness away in excitement and with enthusiasm, finds the purity of the mysticism that he holds within himself; whatever language he writes in, in this glorified ritual the poet realises this is no thankless task.

This is the lonely path the poet must travel. The destination is always the unknown but it is always the beginning. A beginning filled with purpose and honesty that is there for the taking. It is up to the poet to never stop believing in the prowess of writing whether he is a prolific writer or a dilettante.

The effect that language can have can be both permanent and magical. As numbing and ingratiating to the mind’s eye and the powerful screen and enigma of the intellect, psyche and brain when hitting your head against brick or a stone wall, there is left inspiration when reason is in doubt of the capabilities of the poet. When the poet protests sufficiently that the work in front of him is not good enough, the soft, prodigious voice that comes to him in the stillness will cease. There is too much pressure now and pressure does not induce language, words, text or inspiration. The poet in transit is somewhat also a lone figure of the imagination. Take the example of Noah’s ark and his quest for example and the animals of both genders that had to be brought upon his boat.

The poet can be a titan if he chooses to be. We as the imbued reader do not have to struggle to understand what the poet is trying to say. It is enough for us to play around with our own ideas and decide for ourselves what artful message the poet is trying to convey with the skill of his words.

What is modern poetry really about besides mysticism and love? We, human beings, all yearn for love and have not yet come to accept the rules of the wild that tell us to be aggressive, arrogant, move from sphere to sphere, realm to realm, workplace to workplace with our inborn fears and abhorrent ego. As we engage, interact, come into contact with other individuals who have the same goals as we have in mind so we realise and begin to live with that entity called love in our lives.

All poets are mystics without even realising it. They might argue that it is not so but there is always something greater at the wheel, something greater at work behind the course of the words on the page, behind the ink of the pen, behind the thoughts of a writer of poetry just killing time in a diary or a journal. It is something holy, elemental and angelic – you see the world through the eyes of an angel. Here in your mind’s eye the world has not yet withered away, is not lacking, distressing, denigrated or defiled; it does not come with a reusable filter.

The poet’s commitment to his task at hand, the vivid portions of it is always questioned and its limits, borders and boundaries tested. It is not the wet lips, gaping mouth or the words, the intimate letters that abound in sweet, adventurous leaps that is spiteful, corrupt. Rather it is the mind behind it; the subconscious that lays the foundations with the basics of figures of speech and language. Sometimes the poem starts in the beginning, sometimes in the middle or sometimes even at the end. The reader must realise, sometimes with a chill down his spine, that a poem is not pulled out of the air.

Poets need patience like we need air to breathe, to fill our lungs and space like a constant gardener ceremoniously at work. They need to be nurtured in their career. The war inside their heads is often a war of nerves. The human condition promises one thing, mortality.

To succeed, a poet must commit wholeheartedly to the task given to him and be consumed absolutely by it. Perfection cannot wait forever. He must do it unashamedly, with a great humility, an awareness of a peace of mind, emotional maturation and then complete it.

A poet must release his demons before he meets his glory; his audience, a reader.

This he can do through prayer, meditation or journaling. We will see the dominating courageousness of the poet as we read the poem aloud. If we remain absent from the poet’s perspective, disconnected from the poet, the harmony and the flap, the skin of the poem diminishes, becomes vacant to us and is mind numbing.

It is easier said than done for a poet to fulfill all the gifts and talents that is bestowed upon him. He might not believe his luck, the coercion of the roots of the essence of his soul, or take it for granted under the circumstances that manifest themselves. When he does the latter he loses that impulse and is no longer engaged with that subtle balance, that fine omniscient equilibrium.

Reading poetry from a young age can build self-esteem. It is here where our first intense relationship grows from strength to strength, from pillar to post, caught between a rock and hard place. It is where our sometimes crippling adolescent moodiness that we use as a crutch and an internal dialogue plays such an important role in our spiritual, mystic and psychological development. It is also here where our psychic touch gathers instruction.

Libraries, books, poets save poets from the decay, abuse and the abnormal around them. In return poets save children and adults from prejudice and oppression. It has permanently always been like this. A strange, bereft cosmic force, its imprint laid bare comes to life on the page uniting all forms in solidarity like karma police.

I Did the Dummy of ThisDay: A Poem by Uzor Maxim Uzoatu

The Bombs That Rocked Our Sleep: A Short Story by Kunle Shittu

Okolo Chinua: The Spots on my Front Door