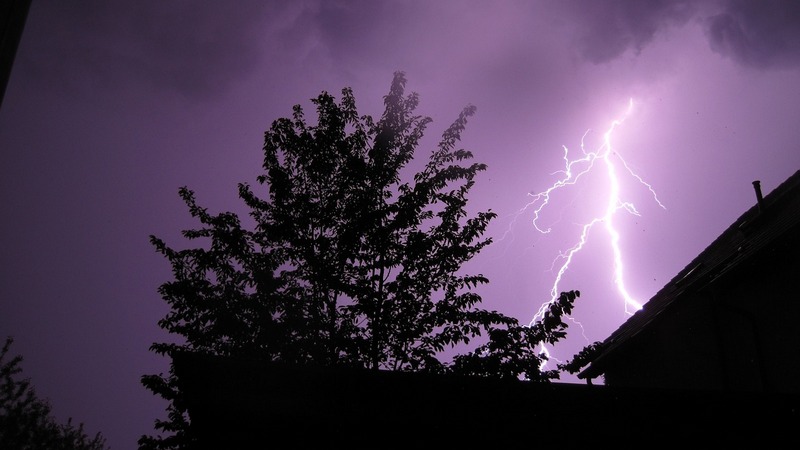 More piercing. Around my abdomen.

I shriek, pleading. But the claws inside of me remain ruthless, pulling and piercing and tearing. Exhaustion takes over; overwhelming me from the inside, climbing out my open lips, and cloaking me in her soggy weight.

I fall to the ground.

My breath comes in heavy, unrhythmic gasps. My tongue tastes sour. My breath reeks of vomit that will remain inside my belly.

I see bus tyres. I see moving feet. I see them turn to dancing ripples upon soft water.

Then I see…nothing, feel nothing, know nothing.

Small puddles of muddy water run into my blurred vision, zigzagging across my face. They climb over many electoral posters scattered on the floor, into nylons and nylons in a gutter. It has to be the bus station, I say to myself, and the sun ought to have set.

I am right. My sight, quickly recovering, tells me so. There are short threads of dissolved vapour everywhere, filling up muddy potholes, forcing heads under umbrellas. It is a wet night and the bus stop is crowded with people and yellow buses.

I pick myself from the ground and scratch the dry tears from my eyes. Though my denim jacket is damp from rainwater and my toes stick together in the wetness of my boots, I still feel heat in my chest, and smell the stench of sweat in my bra. I open the first three buttons of the jacket, giving nature a chance to water my cleavage. Then I pick up my handbag, wait a moment or two, before joining the crowd of moving bodies leaving the isolated shadows of dismembered yellow buses.

The claws are a part of me. I knew this early, even before I turned eleven. Already I’d spent weeks in a psychiatric ward. Mom would visit every day with new pastors, watching them sprinkle salted water on me, watching me cry. She would blame dad later, when the pastors had left with their bibles and emptied holy water bottles, saying he had raped her while she was heavy with me. The response to her lamentations became a cliché―mad people screaming, bold rats coming out to peep at me, claws knocking me unconscious.

Then introversion saved me. I would sit all day, looking but not seeing the cagey bars fencing me in or the big grey rats lurking in corners, waiting to nibble at my toes while I slept. It was Sango I saw instead, rising from the shackles of an ugly myth that says he hung himself. He was an Eternal, beings whose very existence depended on the survival of trees and the forest. He could save me from the claws. He could rescue me from their attacks. So I accepted him, and started the television nightmare serials: Sango and the Green Claws of Misery. It centered on Sango’s battle to regain his power of thunder and fire from Oya, his thieving wife who was really not human but just a set of claws. The same claws that plagued my insides. I was the television station. I owned the serials. I had a huge fan base. Ekene called it fantasizing when I told her years later, but I knew it was much bigger than that. Each time Sango won a match, I had a claw-free day. For every match he lost, I was a miserable lunatic. Fortunately for me, he won occasionally, reducing the claw attacks and speeding up my discharge.

I will be seeing dad today for the first time since I was born. He is flying in from Kaduna, with cousin Ekene to see mom. They will end their long years of separation, sign the divorce papers and… I stop, hushing my thoughts, deciding not to think about it anymore. But the thought lingers there, at the back of my mind, refusing to disapparate: The green walls, the grey rats, the different pastors with different bibles; the claws. You know the claws will return; you know…

“No! Don’t think that, don’t think that!” I say. My voice is shaky and loud, even in the downpour. “Think instead of Sango. His numerous victories over the years have saved you from returning to the green ward”.

Over the years? Sango has won not a battle in six days! Tonight he dies. Tonight your parents sign the papers. Tonight the green wards open their doors to you.

“No. He will not die.” I reply. It is a memorized line, existing only to ward off my fears. But this time, my fears remain. Like a babe’s lip glued to her momma’s nipple.

My phone vibrates gently in my left trouser pocket―8pm.Time to air the nightmare serials. I nod calmly, emptying my mind of all thoughts―mom, dad, Ekene; preparing to air the serials. But as I walk, dodging potholes and road cracks, someone calls out to me. He is sitting in an old yellow taxi, and is saying ” Where you dey go, fine girl?”

“Atan kekere.” I do not stop walking.

“Six hundred naira.” His owlish eyes glare at me, and then at my exposed bra. “Drop for your house.”

Riding home appeals to me at this point. I move to the open back door and flump down in the backseat, muttering “Please drive well o.” But that is not what I meant to tell him. Drive slowly is more like it.

He nods and kicks life into his yellow cab, steering to join other cars.

As he drives, my gaze is fixed on the windscreen, on the rain drops climbing down its see-through body and obstructing its transparency. On his palm sweeping across the moisture while he curses the traffic and…the rain?

So many drops of bright crimson landing on the windscreen, painting it red. So many drops… Sango’s blood!

I scream, closing my eyes to the sight, bringing up an advert to air instead. But when I open my eyes, the windscreen is still awash with glossy red liquid. It dawns on me, there and then, like a deafening slap on both ears: Sango and the green claws of misery have come to me. I have lost my choice to watch or not to watch, to air or not to air the serials. I must sit and watch as my fate is decided.

Tonight’s episode continues from where yesterday’s ended. Oyo, Sango’s home, is under invasion from Oya and her army of claws. To lose Oyo would mean that Sango loses his place among Eternals. It would mean my return to the green ward.

So there is red fear in my eye as I watch them battle hand to hand, somersault over rusty aluminum roofs, and crash into car roofs with their backs. The violent routine ends with Sango’s back on our taxi roof, his insides plagued by long, dark claws.

Suddenly, thin threads of lightning strike from all corners of the moon-lit sky, directing their bright, unsteady form at Oya. It is Sango’s final strike at survival. But Oya absorbs it, redirecting it to the god of thunder and lightning, while still clawing deeply. It is now, a moment soaked heavy in bone-crushing tension and fear of what may come, when Sango’s face is struck by his own lightning that Oba appears. She has to be the dues ex machina.

A gentle breeze whispers relief into my insides.

But Oya is smiling too, and she is saying, “You cannot save Sango, senior wife. He has not forgiven you for falling prey to Osun’s jealousy, for offering him your ear as meat. Go back to your waters.”

And truly, Sango orders Oba back to her river. His prideful words?

“I’d rather die a fallen Eternal than see reason with a devourer of human flesh.

The claws…I feel them return to my insides.

A heavy silence overwhelms the scene. Only Oba’s eyes, shaped like cocoa pods and moving from Sango to Oya seem alive. She is going to say something to make Sango forgive her, I assure myself, she has to say something.

Her lips fall open. But words do not pour out. It is her spirit instead, curling in a smoke-like fashion to the moonlit sky, departing from Sango’s presence.

Piercing. Tearing. Burning. In my chest.

I want to shut my eyes and quit the serials. I want to air an advert, take a break, anything. But all that happens is the fall of lightning on Sango’s face, throwing him onto the cracked road. In the ensuing silence, it takes me one… two seconds to realise that the worst has happened: Sango is dead.

There is emptiness in my head.

And blank feelings in my stomach. Like those of a satellite lost in space.

I see the green ward.

I see it come to life in every human breath.

I see its wall become claws.

There is no place for me here.

The driver stops half-way to my home. He thinks I’m a witch or an epileptic at the least. As he speaks, long claws form in his breath, reaching out for me through his pointy nose.

I force the door beside me open and jump into the untarred streets. My feet, wet and sticky in black boots, come alive again and throw me into a sprint.

There are claws everywhere. On every human breath; on pastors clutching bibles in one hand and condoms in the other, on teenage boys zipping jean trousers after active participation in a gang rape, on babies tearing at brown nipples. There is no place for me here. So I keep running, preferring old, deserted suya stalls to barbershops brimming with life.

When I see the poster on a wall splattered with green and brown slime bearing the words “Enjoy Your Life”, I know home is one street away. Images of Ekene, mom, dad and two lawyers in a small blue bungalow, signing brown papers, loom in my head. But I cannot go home and plead with them to discard the brown papers, or tell Ekene that my television show is more than just imagination, that Sango’s legend is more than just a myth, that all legends are living depictions of the conflict between good and evil; there will be claws there. So I turn away.

I stop only when I feel the sogginess and pulling under my boots. I am at the canal, surrounded only by marshland and brown grasses and household waste. There are no claws here. Or people.

I am safe here.

Stanley Igboanugo has been published on africanwriter.com and naijastories.com. He is a final year student, Department of Mass Communication, University of Nigeria, Nsukka.

Rocha Chimerah: No language is incapable of addressing global issues