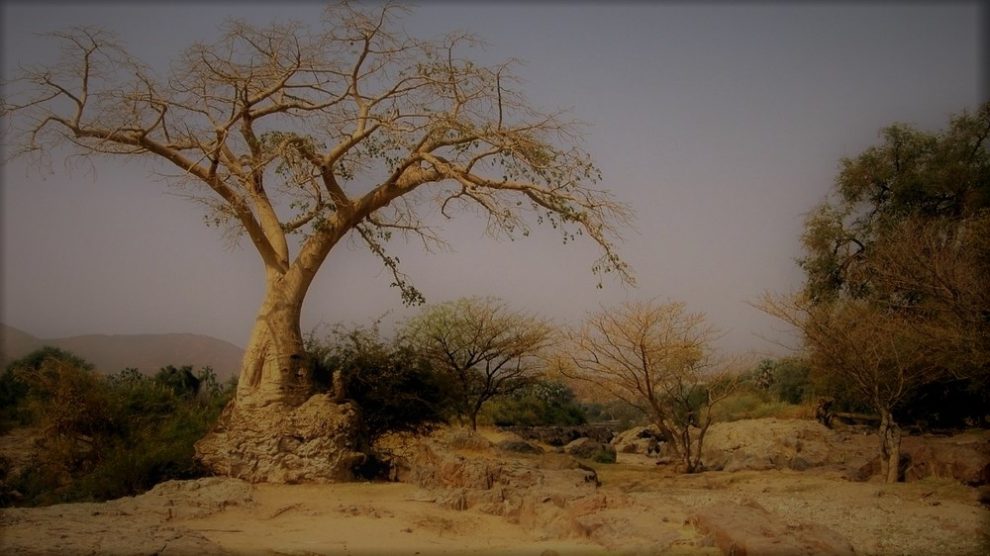 In the judgment square of Ogomukoko village,
deep past the borders of the forest gates,
Muka, the hunter is being dragged
to a dreaded termination.
He will first be castrated, they whisper,
excision of the curse is essential.
The apple of esuriency that lured him to
obsess the forbidden in Ogomukoko’s Eden,
was conceived within those paired flesh balls
that now swing in fright between his thighs
at their humblest possible size.
He lay with the queen, they say.
Otah (abomination!) obiy (curse!)
ogya a bat (sacrilege!)
See, as they spit on the dusty roads,
cross their hands over their heads from back to front
and snap their fingers at the end of the gesture.
Nka nanga-ye okah chong oye
(wonders shall never end!).
Muka was oft thought a conscionable man.
And the queen, don’t we all know the queen!
Well, I better shut my mouth.
Muka will die anyway.
One thing I can smell though,
a door left open long enough may tempt a saint.
Or not.
Or the doorkeeper.

SON OF THE SOIL

When one hails from slums like Okup
dwellings where nails are chewed for supper
and no excreta proceeds from the meal;
the hostility of such roots limits success’ visits,
for she dies midway from the hunger in their bellies.
If the mob is setting someone aflame,
it should be one of their kind, the cursed,
the likely-to-be-evil, the always-guilty,
the uncatered seeds thrown into
the rockiest parts of the soil.
So it’s a marvel how Abdu could climb
on all of that dirt thrown,
rise to the top of the well
and wash off at the end.
He escaped the chasmic claws of natural selection,
of social elimination and chronic intimidation.
The evidence that survival is possible
for the kwashiorkor bellies and rickety legs,
was that this son of the stony soil
sprouted like a seed in that dirt and
beat the rest of us with leather bags
and porridge-fed tummies
to reach the peak of Mt Njaro
before we even learnt to climb.

the popular opinion hovers like a low stratus cloud,
a cumbersome disguise cloaks unwieldy
on the hearts and heads of the girls and women,
made increasingly so by raindrops of shame
that soak in,
adorning their foreheads like Indian jewelry,
and refusing to be wiped out or taken off,
so they have only to conceal their faces in shame
or retreat into low esteemed inner spaces
which then provides season and reason
for pauperization by the boys and men.
It seems an unspoken law here.
A Miss above 30, 35 is a pitiable disease.
An abominable curse even.
And a ramshackled Mrs. has no right to quit,
or place to run,
be she wedded to death itself,
or one of death’s tiny bastard seeds.
So you see, these women prefer Madame
a spinster at 40, or Ma’am but never Miss.
Especially if she bags a weighty pocket
or prestigious degree.
The sound of that misaddress
sprinkles those raindrops of chagrin like salt
and oh they stick like glue.
They are acrid sounds that tell of her
leprous disease,
which she will likely cure in urgency
by marrying a man far less, or maybe impotent,
and then live the rest of her days after 40 wearing
another curse cloak called barren.

Glennise Ayuk is a medical doctor, writer and reproductive health blogger from Cameroon. She co-founded KemPoetry – a platform dedicated to promoting African, especially Cameroonian poets and poetry; and has her writings featured in Verbal art, Aaduna, Universal Oneness anthology and Parousia, amongst others. Her reproductive health blogs can be read at pregcompanion.com; while raptwrites.com is her freelance writing service website.

Zenas Ubere: Leaflets of the Ocean

Kabu Okai-Davies: Expatriate of the Imagination, Emigrant of Dreams