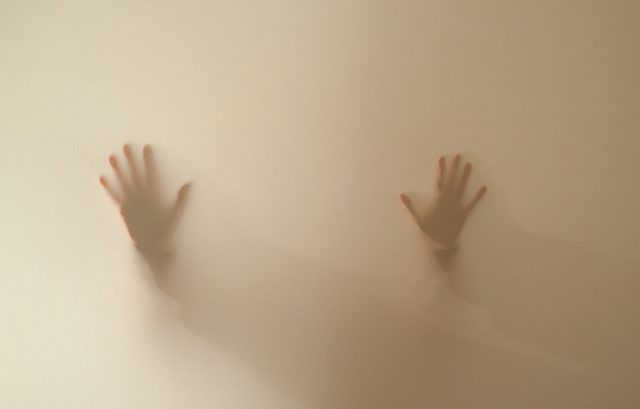 She calls it a possession.
She calls it her material possessions
The minor earth, the major sky.
She eats fire. Embraces it with her rainy arms.
It warms her up from the inside.
I lie down in her shadow.
I do not have anything else to do
But pass the time doing that.
I put all my clothes in the suitcase.
Afraid that this is the last time I will see her.
Stars begin to fill the night sky.

It has been a hotter Christmas
Than last year. She is thinner.
She runs marathons. I still do not know
How to repair relationships.
Daughters do what their mothers did.
The sun is in my heart when I look at her.
Jane Campion’s films, bipolar,
Charlie Chaplin, media, weather.
The eyes that are the windows to my soul,
National Geographic documentaries,
Adolf Hitler, daddy’s missing socks.

It was the year of literature for me. It was the year of picking out books
that would make me feel glorious and unique for being a female writing in an
age of iron still dominated by males. It was the year of missing people from
childhood, from high school, an aunt who was so far away from me who died
from cancer, another family member who I regarded as my second mother who
passed on after a short illness. It was the year I first spoke those words.
She did not have to go, I said. Her death was untimely, I said. These days I
am catching up on my reading. Reading all those books I should have read in
high school and university. I am reading The Waves by Virginia Woolf. Have
yet to finish Mrs. Dalloway. Have yet to start on The Voyage Out and her
essays and lectures. Am feeling gloriously in tune with stream of
consciousness writing. Am positively glowing with it. I write best in that
niche but was told to explore other avenues as well. The year is ending but
a writer and a poet’s work is never done. I am more tired in the evenings
now. The more I think of the ‘ballad of Sylvia and Ted’, the more I think of
the ballad of my own parents, of my own failing health problems. How they do
not fit anymore into that otherworldly wheel of perfectly matched
individuals who get married fit into. How my father is not a repair type of
person or a repairperson. I think of waves. Woolf’s waves. From childhood to
growing, becoming more and more set in your ways, becoming elderly. I think
of the waves breaking against Sylvia Plath’s shore. My Hiroshima. The
Hiroshima of my parents’ own making. When you write you have to get used to
the solitude. It almost pains me to say this. You take all your wounds, all
your walking woundedness, all your scar tissue, all your shouty emotions and
you spread it all out in front of you and then you begin to put everything
in mental boxes. Make arrangements out of them and label them all with
‘Pandora’. Only if you feel like it. Remember, these are also treasures
so treasure them. Treasure your thoughts because they are precious.
As precious as ephemera, the miracles of glaciers and Rwandan butterflies.

We are all made up of accidents as if
God would call us, humanity, an accident.

So our parents in their wedded bliss,
Did not know for certain if they would be

Happy together for ever after in a future
Filled with illness, disability, climate change.

In the photographs taken of that suffused day
They are filled with self-portraits. There was

The Grand Canyon. The Stature of Liberty
On the other side of the world that one of their

Daughters would travel to. Their other daughter
Stupefied by illness and disability. Words like

Renal impairment would sate her immune system.
The innerness of her diaries, and the house of her sanctum.

They were happy then as everybody is when
They know nothing of the world, of the way of aristocrats.

They were young. They did not live extravagantly.
Live in a flat opposite a library and a hospital

Where there, a first child, a girl, a daughter was born.
She left, she flew on a breeze. A fractured wind.

They did not know then that their first child would
Come home to die in all their innocence.

The Clock is an Animal

Letting go of the (earth I cupped in my hands)
was like the letting go of a small piece of fabric.
Eating birthday cake. The edge of a tapestry.
In the understanding of the surrendering
I could feel it. I could feel winter or at least there was
wintering in those long hours. Those hospital hours.
There it was indefinitely and then it was inside of me.
Draining away and then some. Clattering like rain on the roof.
A flood of pigeons on the roof. I waited for midnight. I knew then
I would fall asleep. Dream of the feast of hills and mountains
of Swaziland. Never forgetting the mousetrap
Between the kitchen floor and me.
Futility pains me it kills me to say this.

It is as if the wound (that stain) has come into contact
with the air. As if, the blood ripens somehow on contact.
I think of the trains of my childhood. Taking me far away from
The planet of my birth, Port Elizabeth to Johannesburg.
(My mother’s people. Johannesburg’s people).
From the flat opposite the library. Now I eat paella.
Drink red cappuccino. Make a performance out of it.
My brother and sister are old enough to drink wine.
They drink too much of it. The Middle Ages has caught up with me.
The beach I remember from childhood is gone.
The mother I remember from childhood is gone.
All I remember is studying the Bible fastidiously.
Writing has become like an infection. I pour religion

Into it and indoctrinate people on essays, prose, haiku,
But my favourite is poetry. People worship what
They do not understand. They call it genius or they
Either call you mad. The poet waits a lifetime
For them to come around to him or her. In other words,
They must surrender the noose around their neck
Some time. Others concentrate on licking the spoon
From a childhood of licking spoons. Are you also
Afraid to be alone with your childhood fears.
Please unearth those monsters with foreign beaks.
You will find order and classes amongst the wretchedness
And the wretched of society. You will find both
The orchestral living there and lost property coming up for air.