The Days of Small Pig-Innings! Fiction by Ciru Israel 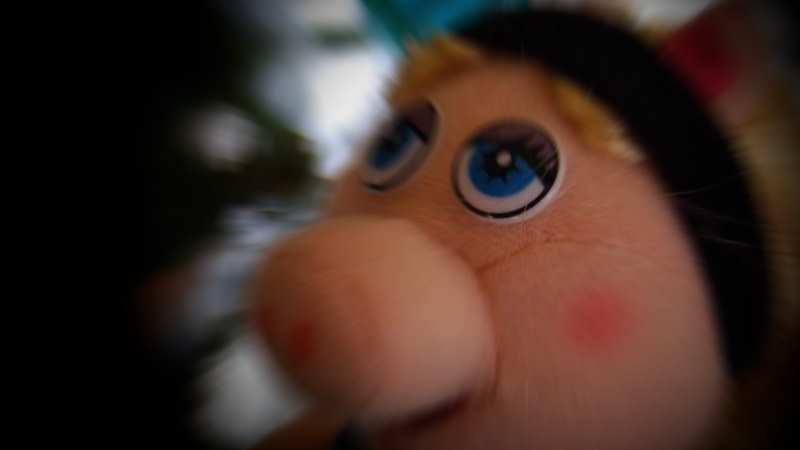 I have just spent the last 2 hours designing for and styling a piglet.

Before you berate my haram, non-kosher, idle, self-indulgent existence, please know that this animal is a stuffed one that stands about 20 centimeters tall. Her name is Sophie the Piggy and she is the precious ‘baby’ of a wonderful 6 year old girl named Gracia. And it is Sophie’s birthday tomorrow. One of her many actually but that is not the point here.

So…2 days ago Gracia in her usual animated chatter described to me the birthday theme, the guest list and the scheduled play itinerary. This speech was delivered in what were undoubtedly the longest, unpunctuated, breathless English sentences spoken in Africa last Thursday. She concluded by informing me that I had been unanimously (by her toys squad) awarded the honor of attiring the piglet for this auspicious occasion. That is how I found myself spending this lovely Saturday evening taming hot pink mesh and animal print poly cotton to fit the limited contours of a miniature swine. I have much else I could be doing with my time. Yes I remain convinced that this is THE MOST IMPORTANT thing I can do this evening.

I do not particularly like the pig. To be honest, she reminds me of a crazy old Chinese woman. The gangster type they script into action movies, roaming in dimly lit back rooms of cheap Chinese restaurants, masterminding drug and extortion cartels. Elderly, cynical, deep voiced, perpetually puffing furiously, barking out orders and managing an occasional icy smile. And always with an entourage of clumsy, dumb Karateka sons, quite eager to kill or maim at her bidding. Anyway, it is not for me to like the damn stuffed animal. All I have to do is like little Mommy. And that I really do.

In that long and winding monologue that ended with my appointment to the enviable position of pig seamstress, I essentially heard other questions. Past my natural ears, I thank God! that I had the discernment to appreciate what she was really asking me. In the urgency of her voice I grasped that she was questioning her own value. In the detail of her descriptions was she not inquiring to know how much time she herself was worth in my eyes? And in her unbroken eye contact did I perceive her deep need to be reaffirmed, reassured and above all taken seriously. What she was laying at my feet was actually the waking dream of her Princess self. Was it valid? That was all she wanted to know.

That is what I saw and heard. Perhaps I am projecting. After all, I too was a 6 year old girl with a stuffed animal and an imaginary party once long ago. And perchance nobody around quite appreciated the significance of the moment. Whatever Freud! Standing there with Gracia that day, I made her a solemn pledge that come Sunday, Sophie would be the chicest piglet on this planet! Barring the Second Coming that is. Yes, that would be the only reason I would break this vow. No more little girl dreams were dying this weekend, not on my watch!

I think I did well. Her brother is jealous. They are almost the same age so that is not news. He is too young to apprehend what just transpired. He sullenly questions why I am constantly dressing his sister’s dolls yet do nothing for him. I give him a couple of sweets to placate him. What do I know about being a boy? Is it not enough that I raptly listen to his wrestling, athletics and football recaps almost every day? Should I now also glitter and sequin his toy cars?

Boy, please allow me to stick to what I am familiar with. I know much more about being a princess without a visible crown. I know about being treated like you are not royalty just because they cannot see your tiara. I know about being constantly told what you are not as you get older because people are too distracted to take time to see what you are. I know about the pressure to conform and minimize your inner voice. I know what mothers tell their daughters. As they were told by their mothers before them. Loads of ‘invaluable’ advice on how to survive in a man’s world. Wise words on how a woman needs to die to live.

Their mother laughs when she sees the doll. She has never understood why I use my valuable time to dress toys that will be lost or discarded a week later. Or perhaps she does. Or thinks she does. She knows I don’t have children. She imagines hers heal some deep hunger in my womb. I really don’t care what she thinks. Nonetheless I do admit I am trying to heal a womb, though not mine. It is Creation’s womb that I am laboring to nurse. The anguish of a Universe that births Queens to have them live lowly, unfulfilled lives, often devalued, broken, used then discarded. Taking their still buried jewels, undiscovered, uncut, unpolished, un-shone to their graves. A world of still born dreams.

There is a look in Gracia’s eyes whenever I present her newly outfitted dolls. Delight, pride, courage, boldness…peace. That look is why I do it for there lies the unspoken proof that she knows that I have listened to her. And heard her. That I have looked at her. And seen her. She knows she is precious and that her dreams mean something. Her grin is broader, her head held higher. Her laugh a bit louder. Her eyes shine brighter.

C’mon! Accept your next invite to Baby Girl’s tea party! Yes please do dress up and show up. And whatever you do, watch and listen.

Trust me, you really don’t have ANYTHING more important to do!

Should the Lord tarry.

Notes from the Immigrant Underground: By Kabu Okai-Davies

Written by Ciru Israel
Add comment
Evelyn’s Dilemma: Fiction by Mof’Oluwawo O. MojolaOluwa
What happens when you steal from the Dead? Fiction by Nana Aisha Salaudeen