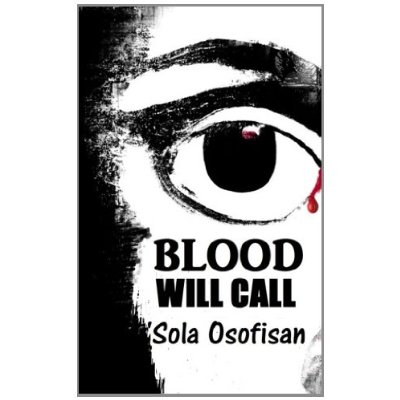 Sola Osofisan made a name for himself in Nigeria during the 1990s as a multiple award-winning writer, screenwriter and film director. In those early days it was already evident he was cut out for impressive things. But about two decades ago, he became a beneficiary of the United States green card lottery programme and relocated to New Jersey. 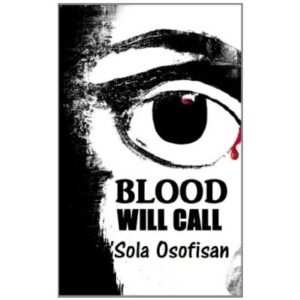 Blood Will Call (2012) is his first major collection of stories since his emigration. The volume displays all Osofisan’s known hallmarks as an author: economy, acuity of vision, a sense of the bizarre, an interrogation of the borderlands between the living and the dead, and between light and shade. However, this new collection of macabre tales has an added dimension. Here, Osofisan explores the costs of Africans relocating to the United States. Many of the accounts in the book question the ultimate gains of such drastic cultural uprooting. In “Don’t come to America, Emeka”, the protagonist advises a medical doctor friend through a barrage of emails and text messages to stay back notwithstanding, the church bombings, the impending air of chaos, doom and the general societal dysfunctionality plaguing the Nigerian nation. This protagonist argues that America is not for everyone. In short, Osofisan’s character analyses the pluses and minuses of cultural transplantation with the precision of an auditor in which America becomes a place of psychic disconnect and dereliction. But his wife thinks otherwise as she has managed to qualify as a nurse and hence become the main breadwinner of the family. He, on the other hand, has repeatedly failed to earn the almighty United States Medical License and is stuck at the bottom of the social and economic ladder as a sourly abused gas station attendant. Eventually, he his compelled by his wife to quit in order to become a stay-at-home dad looking after the kids and preparing their meals thereby saving on day care costs. As his kids become acculturated in America his anger mounts as well as his jolting sense of alienation. In a fit of anger, he strikes his wife who refuses to press charges but cuts him off emotionally. Instead, she hurls him off into a mental prison his casual sexism cannot help him understand:

“Did I tell you how we became Landlords? Scratch that, how my wife graduated to home owner and I became a squatter like students back in our university days? I just borrow a room to hide in now…She works multiple shifts and is hardly ever home to be anyone’s mother. I make most of the meals for the children, help them with their homework, do the laundry, attend school functions (since my time is expendable!), and shop for groceries…Think of psychological warfare to systematically erode my masculinity” (p.73).

Other stories debunk the dreams-come-true-in-America syndrome. “Fallen” portrays the slippages of identity of a Nigerian trying without much success to pass for an African-American.”Maka Knows” relates the ordeal of an African woman who encounters psychopathic killer when a child under her care disappears. But law enforcement agents let go of the killer and in a travesty focus instead on the stigma of otherness that is conferred on her. The moral of the tale is clear; beneath the carapace of American civility often lie dread and terror. “Fire is an African god” continues the interrogation of African lives in the United States. This story is a humorous depiction of African-American ignorance concerning Africa as Tarzan-type mythologies of the ancestral continent prevail such as it is possible to travel from Africa to the U.S. by canoe in three years, or that lions, elephants and other wild animals roam around freely within domestic human settlements. These stories about African dreams in the U.S. are particularly poignant.

Other tales such as, “A Mother Screaming”, “Blood will call” and “See (maker of images)” explore preoccupations with myth and the intimacies and dangers that lie between (wo)man and nature. In “A mother Screaming”, a child is sent off by her heavily pregnant mother to fetch help for the task of child birth. In the mindless flight through the woods, she encounters terrifying aspects of nature. On a somewhat smaller scale, the oppressions of patriarchy, sexism and racism (via allusions to the slave trade) are unveiled.

Osofisan explores the urban/rural divide and postcolonial disorder in stories such as “Shifting sand” and “Black maria”. “Shifting sand” is set in the Niger Delta where inhabitants have to deal with severe ecological devastation, poverty and neglect. The pervasive nature of the social neglect seems to breed wanton criminality on a broader scale. In this story, the protagonist ends up in jail as he wades through the bitter struggle for survival. “Black maria” tells the story of a pregnant middle-class woman who is being rushed in an ambulance though chaotic traffic to a hospital delivery room. As a motorcade of authority cuts through the traffic, the ambulance is demobilised by bullets. The pregnant woman in the vehicle is killed, another highly poignant ending. In the rush to bring forth life, death results.

The lives portrayed in these stories are conveyed as dark visions that have no easy paths to light. Osofisan proved long ago he is a consistently skilled artist and this new collection is merely a re-confirmation of his view that light and shade are not exactly polar opposites but are constantly conjoined in a process of constant re-invention.

Sanya Osha is a philosopher, novelist and poet living in Pretoria, South Africa. His most recent publications include the novels, An Underground Colony of Summer Bees (2012), and On a Sad Weather-Beaten Couch (2015), the volume of poetry, A Troubadour’s Thread (2013), and the work of scholarship, African Postcolonial Modernity: Informal Subjectivities and the Democratic Consensus (2014). He works at the Institute for Economic Research on Innovation, Tshwane University of Technology, Pretoria.

Chasing After Shadows: A Review of Maik Nwosu’s ‘Alpha Song’

Baba Olutunde Olufemi
We use cookies to ensure that we give you the best experience on our website. If you continue to use this site we will assume that you are okay with it.Ok