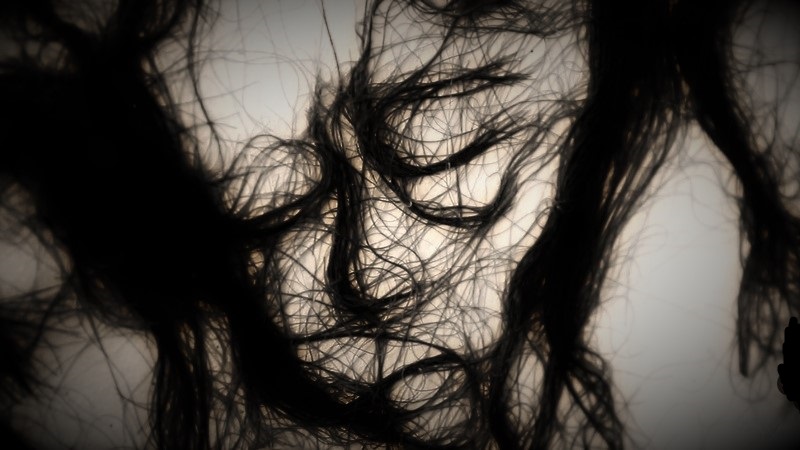 I see tears in your future. And pain.

What is beauty where the smell of money fills the air like the incense of Arabian spices? I can have you; yes, even you. My money ensures that; my money renders all overtures of love (that hormonal confusion of youth and deluded midlife) toward you futile. I want you. It’s not admiration or passion, but desire. I covet you. I want to possess you. If you think that is love, then yes, I’m in love with you.  I’m not afraid. What is fear? Isn’t it that look in your eyes, that tempo and quality that takes your voice when you say ‘’sir’’ after every sentence? I don’t know fear.

So many people begin the explanation of their personal eccentricities with the tedious preamble ‘’my father used to say.’’ You know what my father used to say? Nothing. I don’t know the comfort of dependence. I never have. My father died before I knew enough to separate room in my heart for him. He was a big man; if I’m forced to remember that is all I can say. He was big and burly and dearly loved his bottle. Now, my mother used to say ‘’Johnny, if you want anything get up and get it. It’s not going to come to you as if you were a magnet. Get up and get it.’’ That is the most reasonable tidbit of wisdom anyone ever told me.

This is the third time I’ve said no to this man. His son is brilliant and he deserves the chance he’s got. If he were my son, or a child of my relatives, he would go far, I’d send him to the North Pole to school to utilise every affordable advantage and opportunity. But why should I help him? Am I an off-shoot of the Federal Scholarship Board? I’ll just say what I’ve been saying: ‘’I’ll see what I can do.’’ The man will go back and return next week, nourishing his hopes.

‘’Come here. We’re going out. Tell my wife to give you the brown envelope in my bedside drawer.’’

Musa has scurried off to do my bidding like a scared rat. I have that effect on people. There’s a lot of money to be had by befriending me, but it is not an easy position to attain. I like them young and beautiful, no matter. Or else they should be rich and highly placed, able to further amplify my image. That is important.

I love my wife. I’d do anything for her. When I married her, we were struggling, sustaining ourselves with the occasional morsels of hope life never tires of throwing in the way of the poverty-stricken. Now that that phase has passed, she continues to be a vital artery in the cycle of my life. She knows that I love her in the gut-wrenching, jealousy-driven way of husbands, and I’ll never let her just go. That’s nothing to worry about since I know she’s not going anywhere anyway. What with five children, which sane African woman wants to go AWOL from her wealthy matrimonial home?

We are driving to her house. I’ll call her now and she’ll come and we’ll go somewhere private, somewhere she can transfuse some of her youthfulness to me – for a fee, of course. We stop in front of the house. It is a simple looking house with peeling wall plasters and rusty roofing. Her mother is bent over the grinding engine, pushing luscious tomatoes into the contraption and collecting the thick, fervently bloodlike liquid into a bucket. I tell Musa to step outside and speak to her because the sound of the engine would not let us hear each other easily. Musa is screaming something very close to her ears and the woman nods, then turns to where I’m lying comfortably in the back of my car and bends her knees, smiling and mouthing inaudible greetings. I wave. She smiles again.

I like it when I know the family, especially the mothers. This way, there is no sin, for sin just springs from stigma. And if the whole family knows and accepts, please, where is the sin? Her younger ones also know me, and they are very polite, very respectful. Thinking about her mother sometimes draws an unconscious, scornful chuckle from me. What does she think I am doing with her daughter, giving sage advice? It does not matter. She has come out now, and I can swear she radiates. Such beauty! Such youth! She walks with a deliberate slow gait, swaying, sashaying toward me. I can’t take my eyes off her. When she slides in beside me, the whole air in the car reeks of her perfume – I think it’s a little too much. Her face (I can no longer distinguish its natural colour) is glowing coal red.

She touches my hand lightly for the sake of her family and neighbours (she doesn’t want any scandal, she keeps saying). I smile and thrust the brown envelope onto her lap.

‘’Take this to your mother,’’ I say. She smiles and rushes off to give my message, then returns once more to sit beside me.

The woman receives it and tucks it into the waist of her dirty wrapper, then rushes to the side of my car, leaving her grinding engine unattended. She bends her knees and calls down many blessings on me and tells me many words of thanks. I am a little embarrassed, but when I reach out to hold her hand in a clasp of familiarity, I recoil because the liquid tomato that wets both her hands looks more like blood to me.

‘’It’s alright, madam,’’ I say, and gesture Musa to move. We are safely driven away from the blaring of the engine and the disturbingly red ground tomatoes.

When I return home, my wife has already gone to bed – I know that because the TV is switched off. She has an uncanny attachment to TV. The interior of the house is quiet and I slip into bed beside my wife, content to live my life in all the ways I want to – society’s and mine. Early the next morning, the man is back again. Now he wants me to loan him the money his son needs to go to school. What is more, he wants the loan to be for an indefinite period so he can pay me or my grand children when I’m no more. His son just must go to school. I pity him. How much is it, anyway? A paltry sum. And he is willing to have himself indebted to me for so long.

He goes away grateful, though with a chafing look of desperation in his eyes. I pity him. Today I will eat at home – it is the duty of every married man, and it will make my comely wife’s face give a little spark of satisfaction. It’s intriguing for me to look at her slowly withering neck, her daily deepening laugh lines which are forming permanent contours on her face and the crow’s feet encasing her eyes, and remember that, once upon a time, I thought she was beautiful. But the one thing that still remains about her is that I can vouch for her faithfulness; she has always been my loyal dog.

I want to go to the bank and get some money so that I can do a good deed for this man who has persisted in asking. But, then again, why? Where was he when manhood was tested and established in the hot fires of tough decisions? I’m sure he is the type who always sidelined himself, playing it safe while people like me took risks. The self-righteous bastard! Now he still wants to keep his good image, and, at the same time, benefit from the fruit of my sacrifices. I won’t let that happen. He comes again, rather early, and as he bends and stoops to greet me, I can almost smell the hope in him. I do not waste much time with preambles; I just tell him. I do not even offer a polite apology.

When he rises to leave, his face is a cacophony of emotions, anger jutting out from the medley. He still bends down a little and says a grudging ‘’sir’’ after something really indecipherable, and then he leaves. I pity him still. When men were stepping forward to take risks, he withdrew, a coward. Now his youthful cowardice has caught up with him. I do not spare him much thought any more – good riddance!

My wife walks in hastily, and begins to panic at sighting me. She dashes off into the bedroom and bangs the door shut after her. I shake my head contemptuously. Whatever new gossip has she heard concerning herself today? I am not in any mood to be dragged into this petty drama. If I stay and refuse to ask her what is bothering her, I know her weak feelings will be hurt, so I pick my keys and leave, not even wasting any time to call Musa.

I am parked in front of her house and everywhere is deathly quiet. The grinding engine is covered with a plank of wood topped with a stone to keep it down. I honk the car horn several times but no one comes out. I will have to go in there myself. When I knock, no one answers. A woman passing by stops to acknowledge me.

‘’You dey look for them?’’ the curiosity about her is vicious.

‘’Them go hospital,’’ she begins loquaciously. She tells me about how a ‘’big woman’’ and ‘’one man like that’’ had come earlier on, and the man was telling the woman about this girl in this house, and the woman was angry and spilled something on the girl’s face and left, and the girl was taken to the hospital. ‘’Them no dey house,’’ she finishes.

I cannot bear the thought that my prized fountain of youth has been defaced. I drive away slowly. Which hospital? But do I even want to see her? I go home instead. When my wife sees me, she knows that I know and she begins to talk, but I walk away. I don’t want to hear anything. Still, I cannot go to the hospital, not even after many days. I make a generous anonymous donation to the family. Only after two weeks do I see her face again. It is radiating once more, beautiful and young, with those over-curious, eager eyes sparkling with delight, and above it in block letters: GONE TOO SOON.

The Days of Small Pig-Innings! Fiction by Ciru Israel