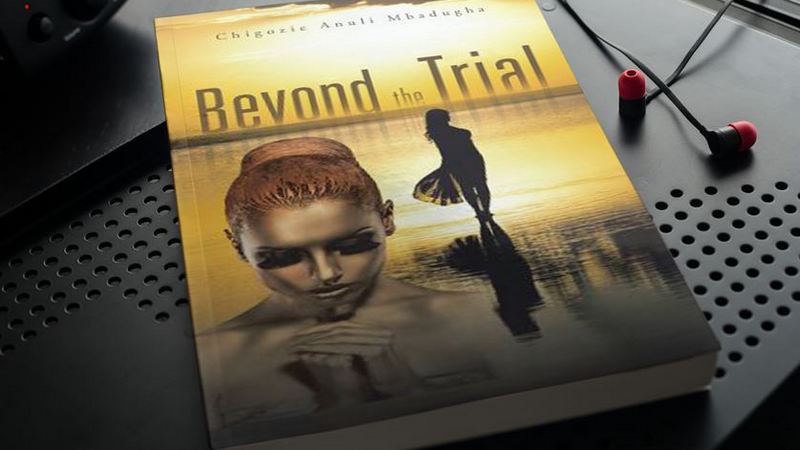 Title of Book: Beyond the Trial

The book Beyond the Trial is a motivational book authored by Chigozie Anuli Mbadugha. It is a collection of three fictional stories: ‘Erased Reproach, Rude Awakening, and Shadows from the Past.’ 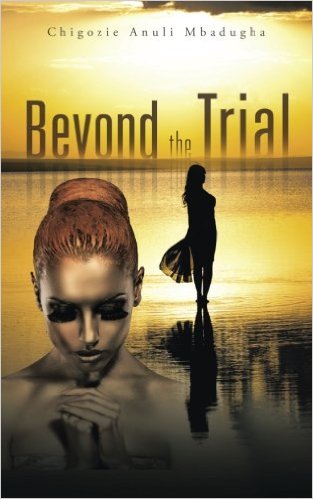 It tells the story of three African women who faced several challenges in their lives: unwanted pregnancy, early widowhood, domestic abuse, and rejection. They chose to turn their setbacks into stepping stones and their trials into testimonies. Exhibiting strength of character and determination, they succeed in spite of all the odds they faced.

The first story in the collection is ‘Erased Reproach’. The story focuses on a young girl of seventeen, Funke, who gives in to peer pressure and has a boyfriend against her mother’s will; a phase which is too common in every teenager’s life. In the end she is impregnated by her boyfriend, Dayo, who says he will have nothing to do with it. She learns to live on her own and in the end completes her education and after waiting for a long period, finally meets someone who can accept her and her out of wedlock son.

The main theme in this story is peer pressure. This is a very common issue among teenagers; to succumb to peer pressure and do what they never thought they would do. The author also portrayed in Funke her ordeal and sticking to God for strength and also learning that in life mistakes shouldn’t hold you back. Although most teens have heard many stories about peer pressure, it is still common and they need to be taught to stand up for themselves. I like that in the end Funke didn’t let her mistakes rule her judgment.

In the second story, ‘Rude Awakening’ we read of a woman, Nkechi, who goes through early widowhood and is forced to wake up from every fairy-tale she ever believed in as her husband’s family tries to take everything she and her husband built for their children. She fights through everything with the help of her best friend Uzoma and Uzoma’s husband, Dotun. She is at the edge of breaking down, but the only thing holding her back is the love she has for her children. We see her picking herself up piece by piece until she is able to stand on her feet again.

This story portrays what still happens today in many cultures in Nigeria as the widow is accused of killing the husband and wanting the inheritance all for herself. This story is an inspiration to widows who are going through the same problems. Although the situation may be worse it is possible to come out stronger. After all, what doesn’t kill you makes you stronger.

The third story in the book titled ‘Shadows from the Past’ is about a family who is victim to domestic abuse by their father. Ada and her sister Juliana watch as they and their mother are abused because she has given birth to only girls. Even after giving birth to a boy, the abuse didn’t stop. Ada who now lives in the UK with her husband and three sons is compelled to go back home to see her mother after receiving disturbing news. During the events of the holiday she finds out that although she and her siblings are grown up, they are still tortured by their dead father’s actions. She summons up courage and tries to talk to her sibling about their characters as they are afraid to show love and trust to their spouses so that they are not taken advantage of, like their father took advantage of their mother.

I like this last story the best because Ada is bold and dared to do something about her siblings’ problems rather than wallowing in cowardice like many would do. As the first born she carries her responsibilities well which is something I think most people that are ‘first born,’ to be precise, are afraid of. She portrays a woman who puts family first, going through great lengths to conquer anyone who would try to trample upon her family like her father did. She did that when she confronted her uncle, exposing his secret and in turn secrets which would have been left buried were dug up, thereby exposing his true identity.

The book looks at some ills in the society that still happen in the 21st century. Although three different stories, they all amount to the same lesson that with resilience, strong character, a will to succeed and above all God, we are all bound to go beyond the trial. This book, being Chigozie Anuli Mbadugha’s first published work, is a good beginning. The book was written in simple everyday English language and all the stories had a good message passed across which I think is the essence of writing. If there is no message worth imbibing, a book is a failure.

I recommend this book to every youth desiring a bright future. For me the book should be rated 8 out of 10. As the author says, “In life, we are often not able to choose the trials and challenges we face, but our response to them is ours to choose.”

How to Break Up with a White Man: A Short Story by Rosie R.