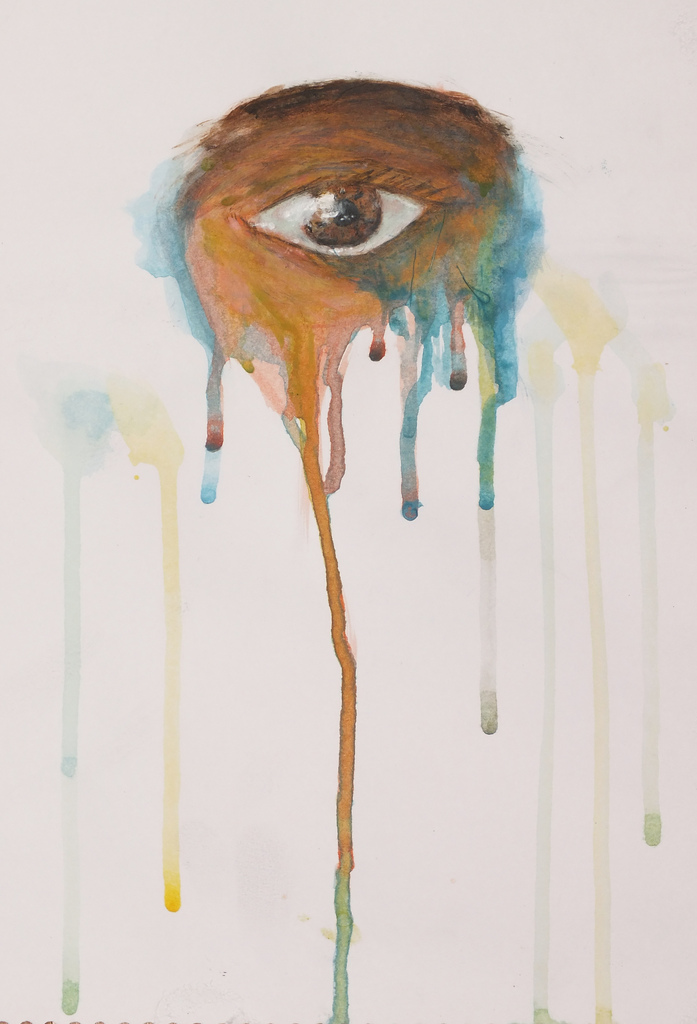 I knew her too. She was a woman. She was a poet. She was buried deep in her notebook anytime that we met. She would tell me what poetry meant to her. I liked her ambience. For a greater part of the time that we spent together, we talked about everything poetry; from Shakespeare to Kwame Dawes. We would argue. We would laugh. Then, when the sun died down, we would say a long goodbye to each other. I liked to be the last one to leave. Many a time, I found myself staring at the corner of her eyes. I imagined it as an unmined treasure. True. I wanted to mine it. So whenever she vanished with the coming darkness, I re-lived our moments for hours. That was how we spent our Wednesdays at Paa Joe Park, KNUST.

She said she had completed High School and was waiting for the examination results. I was in my final year reading BSc. Pharmacy. She said she wanted to read pharmacy. Like me. I giggled. I told her I wanted to write like her someday. She grabbed me from behind and briefly rested her head on my shoulder. And then let go. She caressed my hand and said softly, “I am serious, sir.” I saw fear in her eyes. She buried her head in my arms as if she wanted to say, “I trust you.” She asked if I would be a Teaching Assistant.

I asked her in return if she wanted to study here at KNUST.

Strangely, I kept staring at her edgy cheekbone that complimented her angular face. That was what attracted me to her in the first place that Wednesday. That day, I hid my wrist watch and asked her what the time was.

I asked if she wrote.

“I like your smile, you know?” I said calmly.

She slipped into a strange pocket of laughter. I sat beside her. We kept talking and talking. And we kept meeting and meeting.

She never allowed me to read what she was writing. She only explained that it was a novel-in-verse.

“You will read it someday. Maybe,” she always said.

I told her she should not be Emily Dickinson. She should share her works. She told me she was actually Maya Angelou. She said she was indefatigable. I always thought she sounded older than her age. Her wit. Her insight. She was an old soul. She jumped out of my arms and said her mama was waiting for her at home. She hugged me and I felt good.

“Mama sends her love, Mr. A.A. She wants to meet you soon. Maybe,” she heartily said.

I laughed and asked, “When?” She passed a note that said, “Your girlfriend is waiting for you. Go see her.” Crazy girl. She vanished like wind. By the way, she was Yaa and she called me Mr. A.A, an acronym for my name, Akwasi Acheampong. She missed our next two meetings. I had written a poem that I wanted to perform for her. I was peeved that she never showed up. It would have been my first public performance. Somewhere in the park, I kept looking out for her.

Just yesterday, I got a call from Prof. Sarpong. I was a bit surprised. Few months ago, I asked my HoD to change Prof. Sarpong as my project supervisor. I never crossed his path. He never crossed mine. So I did not get why he called me. His voice was hoarse as usual. On the other end of the telephone line, he gave me his address. He told me it was important and that I should come to his house later in the afternoon. He said it was about Yaa. I never knew he was Yaa’s father. He mentioned something like that with his hoarse, god-forsaken voice.

“Fuck this old man. What do I have to do with you grounding your own daughter?” I had thought.

Later in the day, I found myself knocking on his door. Out of nowhere, the old Prof. beamed with uneasy chuckle.

He then turned and shouted, “Dear.” I was amazed at myself. It was incredible that I allowed people’s opinion of him to form the basis of my perception of him. His aura was much more refreshing. I tried to explain why I asked him to be changed. He lifted his hand and signaled to me that it was okay. He said it was actually thoughtful of me to ask for a supervisor whose interests of research were similar to mine. He then apologized to me for his inability to take my class for the Foundation Biochemistry course in first year.

It was similar to how a boxer’s trainer throws in the towel to save his boxer. I was a bit relieved. I thought the Prof. noticed it and so, he allowed me in. In the room was a muted grooving of Dolly Parton’s Jeanie’s Afraid of the Dark. Yaa had told me earlier that she thought she was the Jeanie that Dolly was singing about. I had said she was what Dolly sang as Eagle When She Flies. As usual, she shrugged and lowly but swiftly, her smiles sprouted like a seedling. I liked how her lips caved in. I missed that.

She would carelessly say, “I believe in my words.”

It got me worried because I believed in what I said to her too.

I could also have asked, “Are you Yaa’s mother?”

I figured it would appear as being rude and dummy-like because their resemblance struck as a perfect genetic story… one that Mendel would have envied.

“Come. Sit here,” she said with a pretty smile.

I had barely positioned my arse near hers when the Prof. said that Yaa would see me soon. A lady who was dressed as a nurse interrupted the Prof. and added that Yaa was finishing up with her novel.

“She woke up very early in the morning to finish it up,” she said.

Again, I was a bit relieved. Yaa’s mother seemed unimpressed. She opened the family’s album and for hours, I was at the mercy of her storytelling skills. In those two hours, I gathered that Yaa was diagnosed with leukemia when she was four years. The last two weeks had been hard on her. Her health had deteriorated since she was fifteen years. She was the reason the Prof. could not take our class four years ago. She had been terrified and bombarded with chemotherapy. The doctors said that the end was near.

It would be Yaa’s nineteenth birthday in two days. She chose to finish her novel at home instead. The Prof. tried to hide his tears. I saw him cry. He saw me cry.

“Aha! Can you please be men?” the woman queried.

We left the crying and laughed it off. The Prof. held her and looked into her eyes, running his hands on her arms like he had waited for her his entire life. The nurse told me to be strong. She said I should not let Yaa see me cry.

“She wants to see you, sir,” she concluded.

There she lay, holding her manuscript close to her chest, and humming to Dolly’s rendition of In the Sweet by and by. Her eyes were bright, lighted and looked rested from woes. She loved Dolly with all her being.

“Hey,” I tried to draw her attention to my presence.

I planted a kiss on her forehead that quickly blossomed into a kind frown. I lay with her on her bed.

She read poems. I read poems. We spoke about the future. I told her I wanted to marry her some time soon. Her laughter ended as cough, only then did I notice that her hair was all gone . . . and her nails too. For many hours, one after the other, we re-created our Wednesday meetings at Paa Joe. Suddenly, she said she was tired and in minutes, she fell into a silent, long, cold sleep. I called the nurse who said she was stressed out and therefore needed some rest. The Prof. said he would ring me the next day. So I left. And I left with her manuscript which she asked me to take good care of before she went to sleep.

It is Wednesday and my last day on campus. I have come to bid farewell to Paa Joe. I am on the last page of Yaa’s manuscript. In between the read, I peep at my phone to check if I have missed the Prof’s call. A part of me is telling me to visit Yaa. The other is telling me to wait for the Prof’s call. I will go to his house if he does not call in the next hour. My phone vibrates. I think it is a sms. Oh! It is the Prof. and he writes, “She was angel. It’s all over. Go home, son.”

I knew it! I knew the one who had named her an angel had taken her when she was cold. I knew the nurse was lying. I knew the Prof. did not want to hurt me. I knew I loved her, nearly as sure as how the preacher spoke of heaven when he preached every Saturday. Now, I stumble to life and these words of the poet dust me up;

“Blessed are those who never die; they live forever in our hearts.”

Yaa as a name will be firmly archived somewhere in the corridors of my memory. Yaa as a metaphor of love will be what I will seek my entire life. I will write about her one day. Certainly.

Mariam is Memories: A Poem by Ndubuisi Martins Aniemeka

The Artist At Work: A Short Story by Philip Oyok

The Sword of Barbushe: A Short Story by Umar Abubakar Sidi