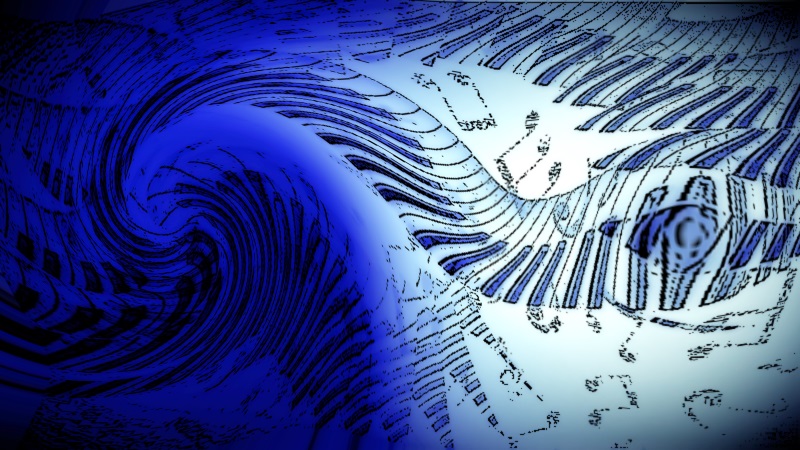 Brother Samuel played his keyboard every evening. He would bring it out of his single room in the row of boys’ quarters, adjacent the two- and three-bedroom flats, where families of four or five, maybe even six, rested their heads.

He set the keyboard in front of his room, at a time when the other tenants – mostly women – were going about their usual evening hullabaloo of making dinner. Using their coal-pots, many of which were cracked and worn, so that it seemed a poke with a finger would make a hole in them.

The coal-pots let out gray ash, elevated by the smoke, into the darkening sky, as the women fanned it, with raffia hand-made fans. This was done so as to conjure more heat. While at this, they strained their voices in calling out to their children, who seemed to be everywhere at the same time.

Sometimes they made threats they never carried out. “If you do not come here now, eh, I will trash your skin till it peels”; or “If my hand comes on you, you won’t be able to eat for a week!”

And this would be followed by endless chatter, flowing from different cooking crannies, built close to the door of their flat, made from two hard planks, and wide enough for a cupboard and their coal-pots.

Sometimes they talked loudly with a friend who lived upstairs, their voices meshing into a noise that never overshadowed the scintillating tune coming from Brother Samuel’s instrument.

He seldom played harsh or upbeat tunes, like the one that blared out from the Pentecostal church at the end of the street; neither did he imitate the classical tunes and instrumentalists at local social gatherings. He played Osadebey, or De Coque.

Most times, he went sombre, shutting his eyes hard in concentration. As he did so, he would angle his head backward, so that his dreadlocks which looked like big kuli-kuli, danced around his shoulders, as though they had a life of their own, and his pained face always seemed to reveal an inner and very much private terror.

He would play for a long time, longer than an hour, long after the women were through making supper; only then would he stop, taking his calloused fingers from the black and white keys, and opening his palms wide in acceptance of the covered plates of food given to him by the women.

His palms had been slightly yellowed, though nobody knew where he worked or what he did for a living, but his palms were always yellow like the urine of someone with ‘iba’, very high fever.

And then one day, while he was playing Fela Kuti’s ‘Water’, the women sang along, their voices, conflicting and uncertain. Their waists wrapped loosely with fading wrappers, also moved in comfortable rhythm, to the rise and fall of the sound, swishing here and – in record time – there.

That was the day the ground grumbled awake, like well-working but rusting equipment, yearning for reinforcement… The women with their cooking dinner, followed by their coal-pots, came in unprecedented contact with the cement floor, as the ground forced the apartment building to the side. Their children came next, rolling off the steps that led to the back of the top floor, like heavy bags of cement, landing with loud sounds that would cut their mother’s hearts to shreds, if they themselves weren’t one step away from permanent oblivion.

But some could still hear Brother Samuel playing; they heard him, not in their head, but from a fuzzy source in their ears. It was mildly audible, before the earth decided to abrogate its relationship with their house, by forcefully detaching itself from their apartment building, and the other ones in the street.

Yet, while all of this was happening – their house sinking, families disappearing, loud calls including screams, from all directions in the fairly quiet street, and desperate ‘jam jam jam’ of many feet on the shaky and obliterating ground – someone could hear it, as loudly as the rancour all around… soft keys being played in the way nobody else, but Brother Samuel, did.

How Much We Have Become: African Science Fiction by Chinua Ezenwa-Ohaeto