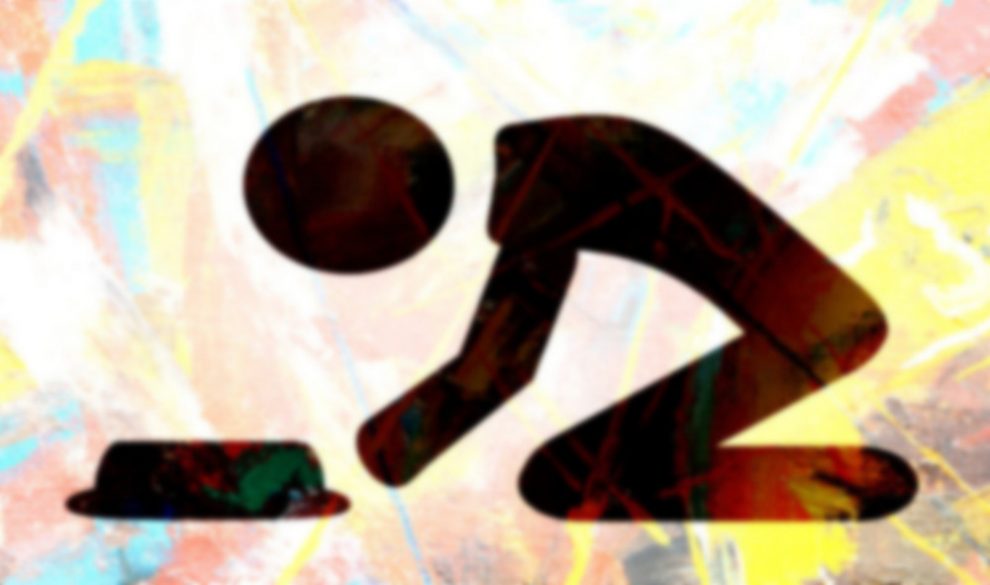 I am Abionakam. My name means one who was born along the way. My parents and grandma have different versions of the story of why this name was given me. My mother says I was born on a farm during the rainy season. The ground was wet and the mat she laid on was not big enough for her body and so while she pushed me out into the world, dead leaves stuck to her skin and her shoulders pinned into tiny grains of sand. Whenever the story is told, my father brushes it off with his hand like he were batting away a fly and would say “Your mother was unconscious when she went into labor. She doesn’t know what she’s talking about.” He swears on the grave of his primary teacher that I came into the world in the back of truck loaded with tubers of yam. Only grandma says I was bought from a different town but I can never believe her because she is ill and makes up stories all the time. She once told me how she saw God in the market; that he smelled of fruits, mangoes and tangerines.

Before she began using the wheelchair, she would dig a hole and bury her pills, telling the neighbors that my mother is plotting to kill her. Some days I think she may be going mad and I feel sorry for her. But most days, I can tell she’s just selfish and doesn’t care at all what happens to this family. Like today, we are running late because she wouldn’t rise from her mat. We’ve stopped going to the streets every day because mother believes people will take notice of our faces and realize this is all we do. Which is why we only go to the streets Mondays, Thursdays and Sundays. Sundays are my favorite because we do not have to wake early at four o’clock to walk down the street. We go at noon when most church services will be closing and if we’re in luck, the more sermons about love and giving to the poor, the more people will roll down their windows to offer us some money.

Today is Thursday and Grandma is in one of her fits. She is throwing her sleeping cloth at me, it stinks of drool and urine. A slipper flies through the air, followed by a flattened cardboard box she uses as her pillow. I try to grab her by the legs but before she bites me at the wrist, she pulls her knees to herself, inching backwards towards the corner of the room, as though waiting for a hidden door to open from behind. What frustrates me most about the thought is how she’ll be the one to get away and leave me still here, knowing mother will do anything to send me to the streets to beg, even if it means finding another old woman to push down in a wheelchair. Me, I am just a shadow living within these walls, I never fight, never resist. I show up on the streets and like a play, perform everything I’ve been taught- wait for the traffic lights to turn red, direct the wheelchair towards the vehicles closest to me and stand against its window- opened or closed- and say “Greetings, I come to you in the name of God. This woman here is my grandma and as you can see, she is unable to walk. Times are hard. Please help us. No gift is too small. Please help us, please.”

On a good day, we’re able to collect 50 cedis and some pesewas. Other days, business slows down because it rains and cars speed past with windows rolled up, shut away from our world while spluttering muddy water on us. I’ve learned not to react or throw stones at the cars that do this, as the other beggars do. I stay still, grip the handles of the wheelchair and force a practiced sad smile on my face instead of the fury beating inside of me. I always hope that someday my good manners will pay off; that a driver will look in his rearview mirror and see my calm reaction to the brown stains forming on my worn-out pants. In my mind, they will be moved by the sight, park their cars and walk towards me. They’ll ask for my name, give me a new pair of pants and empty their wallets into the faded green plastic bowl sitting on grandma’s lap. But that never happens. Instead, grandma hurls insults at the moving cars, and even at me, threatening to get up from the wheelchair and run if I don’t get her out of the rain and back home. It isn’t any better at home anyway. Our roof is partially collapsed and it suspends lowly above our heads with it rains. It could break and flood the hut any time. But I couldn’t let Grandma leave the wheelchair, not in public. A few months ago, my mother bribed a quack doctor to write that grandma’s legs were no good. And every time we go out, I keep the document folded in a crumpled manila envelope as proof, should anyone approach us and call us liars or hypocrites.

If I’m standing next to a trotro full of passengers, I try to preach, hoping I’ll be mistaken for a street preacher with a sick church member. “For God so loved the world that He gave His only begotten Son. My fathers and mothers, what have you given today? Do not harden your hearts. Help my family today and you will be blessed.” People who give money do it carefully, making sure not to touch my outstretched palm. It enrages me, makes me want to smear my hands across their faces, dare them to see that I too, am one of them. When cars pass that have children who look as young as me, I look away, dig my chin into my neck bone and hope they never see me.

When we finally arrive at the roadside, a blind man is standing in our usual spot, tapping on his cane lightly. “Good morning,” I greet him, as I struggle at the same time with turning the wheelchair to face the road. “Good morning,” he mumbles, shifting slightly to create a gap between us, as though our presence holds within it some form of bad luck. Perhaps it does with grandma sitting here opening a pack of cigarettes, her weak fingers trembling as she tears the package open. It’s the only thing that will get her out of bed and into the wheelchair. I sigh, knowing how terrible our set-up looks. Here we are, begging for money while we can clearly afford cigarettes. If she’s going to smoke while I use the name of God to beg for money, I might as well keep her under a shed and beg for funds for school. But mother disagrees, saying “People want to see the problem. Give them proof. If a lean body speaks on behalf of hunger, then a sick old woman speaks on behalf of poverty. We must show them the problem, but see you, there’s nothing wrong with you, Abio.” What about school, I’d think to myself. Certainly keeping me out of school is a problem not worth seeking help for. I have never wished for bad things to happen to me more than in such times. A broken arm, a swollen eye, anything to validate a life of brokenness, one that needs fixing. It is easier to believe that I had been bought, given off in a trade. It seems to be the one birth story that makes sense of everything.

I do not know why I feel this way today. I want to snatch the half-smoked stick from grandma’s cracked lips and if she does run from her seat, I’ll call it a miracle and urge people to give money towards the wonder they’ve just witnessed. Next to us, the blind man is blowing into a rusted harmonica. It is good music but I do not want to listen because people walk right past us and drop him some change. As I’m thinking about all the ways I wish my life were different, I see a blue Ford Explorer slowing to a stop at the traffic light which has just turned red. A woman whose face is thick with makeup sits at the front seat and is hunched over the deck fingering the stereo buttons. There are three boys in the backseat. They look just like me and nothing at all like me. One holds a video game, his head lowered in engrossment. The one closest to the window has on spectacles that sit crooked on the bridge of his nose. He nudges the other next to him and they both turn to look at me. I don’t know why I do not look away but I’m caught in their glare, their innocence infuriating me by the second. Grandma shifts in her seat, asking if we wouldn’t move. The smoke from her mouth curls up into the air like incense. I stand there gritting my teeth, all my defenses coming off. They look comfortable, well-fed. But in their eyes, I see what could be pity, wonder and even shock. Despite myself, I begin to enjoy it, thinking to myself—they don’t know me. They don’t know what I’ve seen. They’ve never been chased by a knife-bearing drunkard. Never fixed a tire on a wheelchair. Never gone a day without skipping a meal. They won’t survive a night in my world. I want to protect them, tell them to live in their posh cars forever. Even more, I want them to take me with them. But I also want to be mad and kick against their car, stomp my barefoot on the video game until its wires fall out.

I do not realize when I unfurl my fingers from the fist formed at my sides. I feel my chest tighten and my knees buckle, when all three boys now with their faces pressed against the window, looking at me, smiling a fearful smile and just as the traffic light turns green and the engine revs to life, their hands, in a careful motion, wave a slow goodbye.

Image by OpenClipart-Vectors from Pixabay (modified)

I grew up in Ghana. I am currently an MFA fellow in the Creative Writing program at Chapman University and a graduate of the Ghana Institute of Journalism. My work has appeared or is forthcoming in Narrative Magazine, African Poetry Book Fund, and elsewhere.