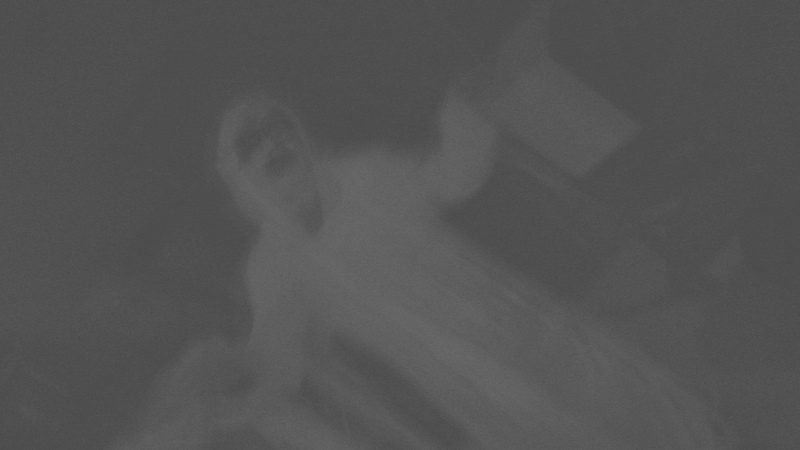 Bill woke up to the incoherent chirping of crickets at night. It had rained before he slept off, cooling the ambience of the room. But his face did not benefit from the cooling rain. Perspiration had built an estate on his face and his thirst for water had been triggered.

He rolled from his bed, stretched his body like a lazy dog that got woken by its owner and staggered to his student refrigerator in search of water. But to his surprise, the refrigerator was empty.

Still in his surreal state, he staggered to the bathroom to pee. It was dark, but it was his room; and even blindfolded, he could find his way around. Droplets of his urine made rhythmic sounds as they connected to the floor. “Shit,” he cursed and repositioned himself to hit the target, but he still missed it. He continued the repositioning-and-missing motion until he was done.

He turned to head back to his bed but the quiet moan of a lady turning and twisting to the sweet effect of sleep stopped him short. Another occupant in the room? How possible? He remembered he hadn’t a visitor before he slept, nor was he expecting one. Besides, no one had his room key and he was sure he locked the door before sleeping.

He rushed to where he thought his phone was; he knew better than to grope for the light switch: the Power Holding Company could not be trusted. He found his phone beside his bed safely plugged to his wall socket. He yanked it off and punched the power button but nothing came up. Just a little vibration and no illumination; the phone was dead.

No. This can’t be. Not this time, he thought hysterically and remembered he had a rechargeable lamp on his study table. He lumbered to where he thought his table was and fiddled meticulously in order not to wake the Sleeping Beauty. No, Sleeping Visitor was the better term.

He found it, the lamp he had charged the night before the rain started. He turned to the direction of the bed and pressed the power button with all the hope he could summon but the building hope died out when the fully charged lamp refused to light up.

He was in for a long night. Then the visitor moaned. Apparently realising that her partner wasn’t in bed with her anymore, she called out in a sexy, sleepy voice, “Baby, where are you? I’m lonely here.”

Baby? I’m no baby of yours and who the hell are you? He wanted to say those words but the lump in his throat restrained him.

“I know you’re surprised, but you need not be. It’s me Jane, your girlfriend and I’m here for you,” the lady spoke. The voice and the name rang a bell and he recalled Jane was his girlfriend back then as a fresher in the University. The girl he got pregnant and asked to abort the baby.

“I know you remember me now,” the voice continued. “You remember that night I told you I was two months gone and you said I should abort the baby?” He remembered vividly; how frightful she was. How she cried and said she was afraid she’d die.

He recalled everything while quivering with fright. He recalled that he had told her that she would be back no matter what.

“Well, I believe you must have recalled what I told you while stepping out of this room that night. I told you I’d be back even if anything goes wrong, and I kept to my promise. I’m back, baby. Come to momma.”

He closed his eyes and wished he was dreaming but it was real. He wasn’t dreaming. The light bulb in his room flickered to life and he saw her supine figure on the bed, motioning him to come.

“You -you-are dead,” he stuttered. “The dead and the living have no relationship.”

“Oh baby, you got it all wrong; we are one now. For better, for worse, even death can’t do us part,” she cooed.

He made to dash for the door and then became aware that he was sinking. He wanted to scream for help, but it was too late. His throat was burning like lava. He then saw the light trail off, draining the life in him. Realising it was a futile fight, he closed his eyes and gave up effortlessly.

Augustine Malizu is a lover of words and anything literature. He
writes his heart out as the muse comes. He's currently serving in Minna,
Niger State in Nigeria.

Run Away: Fiction by Felicia Taave

The Forest of Silence: Poetry by Modou Lamin Age-Almusaf Sowe

Umar Abubakar Sidi
We use cookies to ensure that we give you the best experience on our website. If you continue to use this site we will assume that you are okay with it.Ok