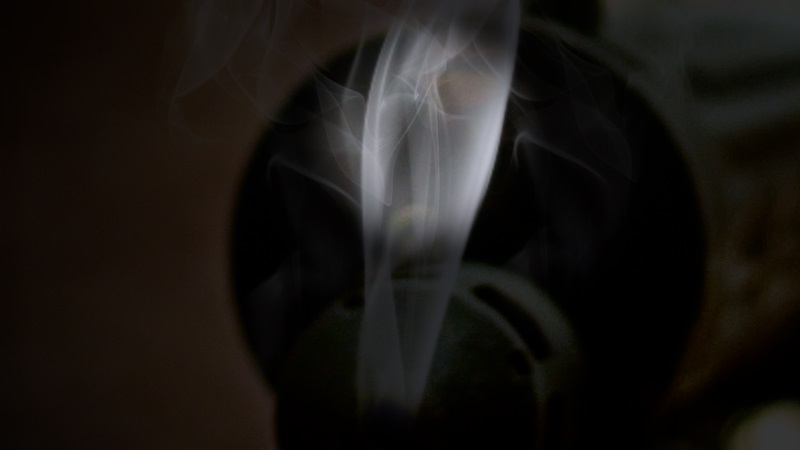 We could barely hear her voice in the darkness outside. Both my ears felt plugged. Because he was the eldest, Mwaka knew very well that Oko and I expected him to reply to Mama’s tense voice. But he did not. I heard him blow something off his skin as he whispered the name of his God – Aa Nyasacha!

“Opusore,” he explained ‘what had happened’ by saying that ‘it slipped.’

“Don’t tell me ‘slipped’!” We heard Mama clap her hands impatiently in the darkness outside the door, after which she asked, “Slipped from whose hands?”

Mwaka did not say.

“Where are you Oko?” Mwaka asked.

Oko was shuffling somewhere in the corner. The bang had sent him there, putting out the nyangile tin lamp which had been burning inside the circle we formed.

“An ka,” Oko whispered timidly, saying he was safe.

“Mara,” I owned up and said the mistake was mine, but as usual Mama told Mwaka that he was irresponsible for letting me play with the metal when he knew very well how ‘The Government’ was looking for and arresting people who owned one.

“Now the whole Odiya has heard it!” Mama declared. “I know someone will go and inform the police and your Father will be arrested.”

“Prepare on your tongue what you will tell your Father when he returns,” Mama told me as her feet walked back to the main hut and she told me to put ‘it’ in ‘its house’ and return it to the bush where we usually kept it. ‘Its house’ was a gumboot where we inserted it after wrapping it in black polythene.

I carried it guiltily and groped for the door.

Outside the moon was as bright as the clean hunger which was sweeping people’s stomachs with a broom in the early months of that election year. Mwaka and Oko escorted me. They stood on the lips of the bush and Mwaka told me to hide it ‘iye iye’ in the womb of the bush.

My stomach was hot and my small hands trembled as we walked back to the homestead. The stars feared the bright moon. They left her in the navel of the sky and went to hide down, down, near the horizon just above the hills. I feared the monster called ‘The Government.’ My mind registered how in my war with ‘The Government’ even darkness was not dark enough. It could not hide me.

The three of us were not talking – just timid whispers:

Right now we would be a different matter –

Oko where are you?

Did its sand catch you, Kabusi?

Inside the hut we groped for the spotlight and found it. My sore thumb was grazed. It looked dark-blue like iodine. The force and power had dug our earthen floor. We could not locate the belly of the nyangile tin lamp. Its head-and-wick lay dead somewhere in the farthest corner. The smell of kerosene hung in the armpit of the small simba hut…

The evening he returned from our border with Tanzania months before, Baba had said that you could not make a man stand in the burning afternoon sun without expecting him to begin sweating right there. He had not smiled. Mwaka had whispered to us the following day that it was Baba’s way of saying that Odiya had to defend itself from ‘The Government.’

People had quietly slipped to our border with Tanzania and found friends they could trust. In Odiya the trustworthy friends went by the name ‘thunder’, from the sound of the bang. The red small ones were called either ‘sand,’ or ‘thunder’s children.’ I would fondle ours every time Baba was not around and Mwaka had to keep it in case the President’s people arrived to kill people with arrows again.

And yet they were mostly faulty. Mwaka had said that the night Baba returned with a hole on the knee of his trouser months ago was because it had gone off somewhere in the intestines of the two hills where they had been pursuing stolen cattle that night. It could have broken his leg; or killed him altogether. Only his God had save him…

Seated in a circle this night, I had been fondling it, telling Mwaka and Oko how I could shoot the President’s people if they came. And then it went off. Ripping, scattering the tin lamp with the clap of thunder which plugged our ears; luckily digging the earthen floor and missing Mwaka and Oko who sat directly opposite me. I was waiting for Baba to return and cane me – if he was not going to be grateful to Chance for sparing him the burden of burial expenses…

In the name of our sisters: Everything Good Will Come

Playing for Unity: A Review of ‘Doctor of Football’

The Song of Exiles in the Serengeti: Poems by Awogbemila Temitope Ayodeji

Chika Okeke
We use cookies to ensure that we give you the best experience on our website. If you continue to use this site we will assume that you are okay with it.Ok