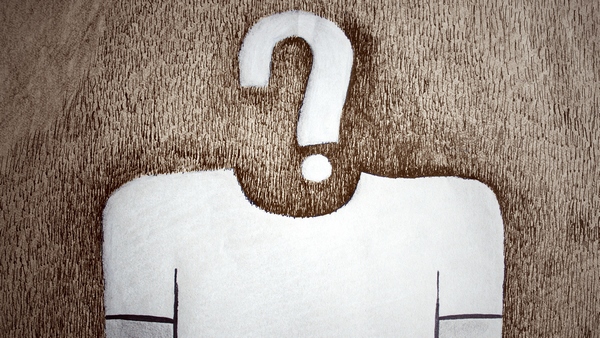 Fresh from school and brimming over with ideas, the desire to show off my journalistic skill drove me. While waiting, I wondered why employers didn’t appear as excited as I was.

One Friday morning, the call came through.

“Mr. Daisi Joseph?” Though I didn’t know who it was, the sound of her voice warmed my heart.

“Speaking,” I responded, curious to know what she’d look like.

“Mr. Daisi, your appointment has been confirmed by the Board of the HPC Newspapers. Accept my congratulations!” the voice informed.

“Hello! Hello!!” I was dazed and uncomprehending.

“Mr. Daisi?” It was the secretary of the newspaper company where, three weeks earlier, I’d attended an interview.

“That’s right, Mr. Daisi. I will send a provisional letter of appointment to your inbox shortly. Do let me know soon enough if you’d accept the offer.”

It must be a joke, her asking if I wanted the job!

Forgetting to move, I remained in the center of my room, cellphone glued still to my left ear. I’d so longed to hear this sort of news that when it finally came, I was stupefied.

In my response to the mail, I’d indicated my willingness to begin work immediately. The next day or even on Sunday was fine with me but the HPC secretary said no.

As I waited for the weekend to end, my anxiety grew and sleep was scarce.

Monday morning: I awoke with a vacuous feeling which, before long, blossomed into nervousness. As dawn peeked into the day and the morning grey faded out, I was out of the house – caffeine-driven and restless, reaching the HPC premises a full hour too early.

The secretary’s office was not hard to find. Well-organized with moderate decorations, her office was cozy. Books were shelved; no papers strewed the room or sprawled from a pile.

“Good morning. How may I help you?” the secretary’s teeth flashed in warm reception. Her nameplate showed Laide Thomas. Mrs. or Miss?

She spoke softly into the phone for a few seconds.

“The Chief will see you now,” Ms. Thomas said, motioning with her hand to indicate the Chief’s office.

I smiled my appreciation.

A quarter hour later, I came back out to the secretary’s where contract papers were ready for me to sign. An office assistant next showed me to my workstation.

My office turned out to be the entire newsroom – a massive warehouse of people and instruments. I was totally disoriented by the sight that assailed me.

At home, when a piece of paper grows careless and litters my reading desk, I must get it back in its place. With disorder, and especially noise, in the surroundings, my mind clamps up.

My office at HPC swarmed with people and hummed with industry. I stood in shocked silence, working hard to rally my stunned faculties. Bedlam of high degree possessed the room! The disarray of furniture and equipment was choking; the lack of symmetry, distressing!

I turned to my guide for consolation but she was no longer with me. I hadn’t noticed her leave. Presently, she materialized from among the crowd; close on her tail was a gangly man in a poorly tucked-in shirt and a dangling tie.

Introductions over, my guide said: “Mr. Aremu will take over from here.”

Mr. Aremu was the Features Editor.

He and I meandered through the room until we reached a desk. “This is your workstation,” the editor shouted out.

Before I could sit, he gestured me to come with him. We reached his waist-level, frosted glass cubicle in a quieter corner of the newsroom.

“Should I call you Joseph or Daisi?” Mr. Aremu asked as he settled into his seat.

“So, Joseph, every morning, you’ll receive instructions for the day’s work from me. Your type-written report must pass through my desk before going to print.”

I stared at his huge desk. It was heavily cluttered with no space to spare. A cream-colored cathode-ray TV rendering dull grainy pictures sat someplace in the junk. His desk seemed a perfect place to lose type-written reports.

“Any questions?” his voice broke through to me.

After a little more talk, we walked back to the racket in the newsroom to meet my coworkers.

The dim prospect of working under these unseemly conditions made me dizzy. Though my first day at work was hardly half-spent, I felt stressed already.

In a sense, routine in a workplace would pass for order. The news studio at HPC, which suffered from utter dissonance and disorderliness, also reeked of sameness in duties and the comatose dictates of procedures. That kind of order, markedly, made it doubly tragic for me!

As if he read that I feared for my mental well-being, the Features Editor assured that I should get used to my work environment in under a week.

It is habitual for me to seek changes to my surroundings. Every now and then, overcome with a compulsive desire to rearrange, I delve into moving things around in my one-room apartment located in a mundane part of town. The different look gives me impetus and sustains inspiration.

My space in the newsroom had exactly one look which featured my laptop, a daily HPC Newspaper and just enough room left for my phone or a teacup.

Granted, its drudgery bored me to stupor but now I had a job just like I’d wanted. Learning to minimize the impending occupational hazard of a nervous breakdown became an associated imperative. Perhaps the company of a Laide Thomas, Mrs. or Miss, could serve to be psychotropic.

Lucky James teaches Math in a K-12 school in Ibadan, Nigeria. A poet
and short story writer, the author is an avid reader of fiction whose
writings depict the experiences of everyday people. His poems and
short stories have featured in The Kalahari Review. Stop by his blog for more.

Play for Me: A Short Story by Haku Jackson