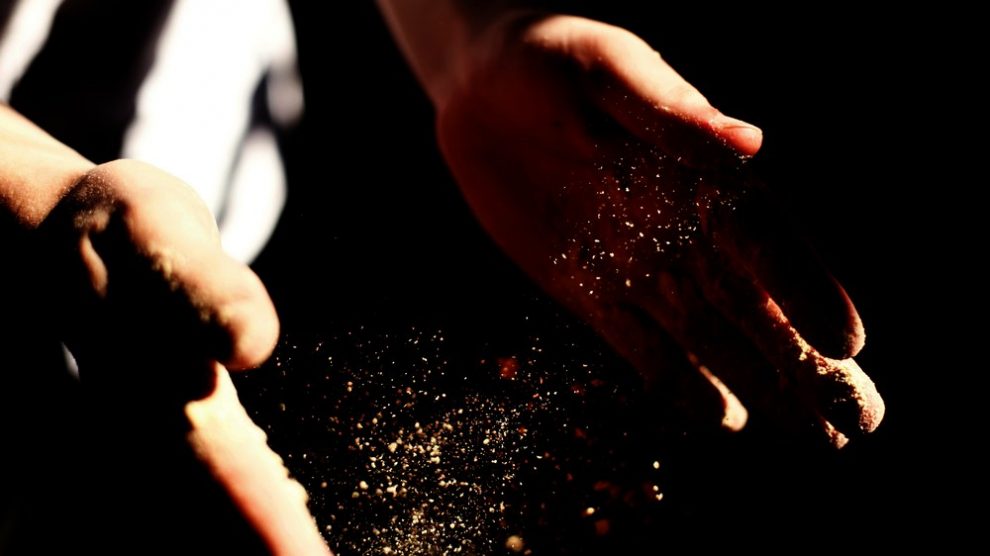 ‘Turn the page, Lawrence, and you will find lessons learned from the mistakes you’ve made. We’re all fragile. It’s what makes us human.’ Patricia shivered. Yes, she could feel it now. Rain was coming on.

She looked out the window at Lawrence. It was hard work what he was doing. Goodness knows he needed it, Patricia thought to herself. His soul needed to heal, to nurture all the designs in that mind of his. She watched the flow of dark waves in his hair. He looked so much like his father. The man whom he thought that he had let down by following the law.

‘Business is what you should be getting into,’ Billy had told him on many occasions when he was still alive.

Lawrence would come in soon.

Her son had left the law and the river of his life in Johannesburg with its sharp little valleys, its stony kaput paths, fields of golden harvest and lusty green spite. A Johannesburg with its starlit moon above its forget-me-not dance in all its troubled wilderness of criminal impulse and sexual transaction.

As Lawrence came out of the rain, making his way into the kitchen, Patricia thought of his warmth-heavy sweater that Carol M., her sister who lived in a home now had knitted for him. He had been planting. He came inside with the outside smell of soil on his hands, of freedom and the liquid sun. The life of the sun was beating down cold whenever it rained. It was good she had started early on lunch. He would be hungry. Staring out the window she watched his careful and elegant movements tangled up in sacrifice. It felt as if she was about to crash dangerously into near-madness for him.

‘What did you do today?’

‘Planted some rosebushes. The rain will do the garden the world of good, especially the vegetable garden.’

‘You should have done a landscaping course or something.’

‘Why’d you say that?’ said Lawrence reaching for his lukewarm mug of coffee on the kitchen table. ‘Are there any cookies left?’

‘Have to wash my hands first. Coffee’s fine for now.’

‘We’ll eat soon. Made one of your favourites. Macaroni and cheese.’

‘Yes, I can see it in your shoulders. Your arms are pretty toned.’

‘Oh. Well, I’ve been doing Pilates. Lifting weights in the garage now and then when I get a chance. Some yoga too. I’m pretty fit.’

‘I can see. It’s good that you’re keeping so busy.’

‘I want you to think about this. You don’t have to if you don’t want to but just think about it. Your tears are supposed to get you through the night. Life is supposed to make you stronger.’

‘Does it now?’ Lawrence sipped thoughtfully on the coffee. ‘Good cup of coffee, mum.’

‘Anything for you my son.’ Patricia thought to herself. She didn’t say it out loud. She had to be so careful these days of pushing Lawrence away. Thoughts said out loud could be misconstrued, deemed unnecessary, work on his nerves, irritate and annoy her son to no end. She walked on eggshells around him these days. It was the only way to get through the day without Lawrence losing his temper, going around the house cursing at the top of voice, warning people to stay out of his way if they knew what was good for them.

‘I’ve got this app on my phone. Tells me the weather forecast and everything.’ Lawrence smiled at his mother.

‘Oh,’ said Patricia dryly. ‘The wonders of the advances made in technology. What will this world or the next Steve Jobs think up next?’ She smiled back at him. Pat washed her hands, reaching for a dish towel. ‘Good to see you in a good mood. I can’t say what the world will think up next. The world changes so fast.’

‘Yes, yes, it does. You can say that again.’ Nodding his head, Lawrence clenched and unclenched his fists. ‘Smells good, mum. Need some help?’

‘No, I’m fine son. I love gardens. I mean they say that the eyes are the windows to your soul but I think secretly that a garden is the window to your soul too, in a way.’

‘Really. I haven’t thought of it in that way at all.’

‘Look at you and then look at your garden. See how revealing it is.’ Pat looked at her son’s determined face, watching his expression slowly.

‘What does it say about me?’ Lawrence stared at his mother, watching her careful movements as she drained the spaghetti in the sink, and added olive oil and salt to it.

‘You’re strong. You don’t take nonsense from anyone. You stand up for what you believe in. In everything that you grow, from the tiniest sapling that takes root in the vegetable patch to the trees, there’s something that’s left behind in the ground that belongs to you, that belongs to your soul. I mean, of course you won’t be able to see what I see.’

‘The daffodils haven’t done anything really. They’re just these bulbs. I can’t seem to do anything with them.’ Rain started to pour down really hard now.

‘Everything happens in stages, doesn’t it?’ Pat looked at her watch, distracted.

‘More or less. More or less. Just like life, I guess. You know what, mum? There’re some days I feel I should have been doing this maybe long ago. I think it’s time to eat. I’m starving.’

Patricia hid her face from her son. She took out two plates, two knives and two forks. She reached for glasses for pineapple juice.

‘Maybe things would have been different for Lucinda and me. Maybe if I had made different choices with my life.’

‘Worms got them. I wasn’t paying attention to the compost I was using anyway.’

The gift of autumn is in the air even though it’s still a summer’s day. The branches rustled above Patricia. It had been a long summer. One of those seasons. A season marked by climate change. Oncoming hurricanes, floods, earthquakes on the other side of the world.

Whenever she thought of Lawrence these days she thought of him in the same way she did of D.H. Lawrence, the literary genius. Or her ex-high school principal and English teacher, Lawrence Africa. He had been a brilliant man. And then there was that legendary man Lawrence of Arabia.

The butterfly trades in idiotic beauty, the moth in flight, circus people in freak shows. A father’s prized possession is the beauty in their daughters and the mother in her son’s physical strength and intelligence. The moth trades in extraordinary flight. It does not fly straight. It flies in strategic moonlit circles.

Patricia watched the tomcat with its mamba curve in its back out the window, the veld on fire. How flames licked the pavement.

The smoke from Patricia’s cigarette burns pale and forlorn. She’s a housewife again. She tips the lit end of the cigarette into an ashtray.

She doesn’t know how to fill the hours of the day anymore, so she watches cooking shows on television and bakes up a storm. Lawrence has a round little potbelly now.

Those days when Lawrence didn’t want to listen to Patricia or Billy’s advice were long gone.

Papaya blooms in the garden.

All his flesh, all his blood, all his sensitivity went into his green fingers. All his bone, his marrow. The sacrifice of his bone-ish struggle for creativity, his reason. His insecurity and doubt.

A green shoot would develop soon where there was nothing a day or months before. A sapling would seem to leap out of the ground. Out of his strong arms. His rough as braille hands.

These days it felt as if she was standing on the edge of the blue horizon. In the shadow of the pink light of a sunset.

It wasn’t Lawrence’s fault that he had looked more like Patricia than his father Billy. It was just the way of the world.

‘I understand now. That this is my burden. This is my life. It feels as if I’m being punished for something. What did I do wrong, mum? Can you tell me?’

‘My son, you have to be kind to yourself. It’s the only way you’ll get through this.’

There would come a time when Patricia and Lawrence would forge a sacred pact in the future.

They would forget as time went by of Lawrence’s father Billy, who was no longer alive. The sister who was living in Prague working for Amazon (essentially living in exile).

The baby who had died in childbirth and the girlfriend the child had taken with him.

Bunmi Oyinsan: I Was Born A Feminist