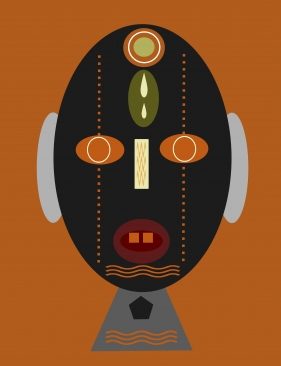 “You are pregnant,” Aunty Misiu had told me.

I was afraid. I thought only mothers got pregnant. “Why am I pregnant?”

“Because your father has been having sex with you,” she replied.

Sex. Was that it? That’s one word I have only heard in hushed voices, but today Aunty Misiu had said it to me like it was the only word worth mentioning.

But why did it make her cry? Aunty Misiu never cried, she was strong and every child in Dandata feared her.

My name is Rowani. I will soon be thirteen years old. I am about to have my father’s baby.

I don’t want to be married to Donkali. I don’t want to stay here. I just want to die. I don’t know what death feels like but I have seen dead antelopes my father brought home, and I know they had no idea they were being burnt. The surely didn’t know what soup their meat ended up in.

Aunty Misiu is my mother’s best friend; she is the only nurse we’ve got in Dadanta. She found out I was four months pregnant when my morning fever go too frequent and the herbs concoction couldn’t hold it back anymore.

I told her all the things my father did with me.

I never thought my father was a bad man. No one warned me anything about the bad things he was making me do. No one told me what we did was called sex, though I was told sex was a bad thing to do with boys. I thought my father liked me a lot, he kept me away from everyone.

Few girls go to school in Dadanta, so I don’t. My father said I would turn into a bad girl if I went to school. He and my mother would argue over it and he would beat my mother. He told me I don’t have a brother and sister because my mother wouldn’t give them, so I thought my mother was stingy with children. She knew where to get them from and wouldn’t just do it.

I see my mother lying on her back, gazing into the sky all day and I think I have done something terribly wrong. She wouldn’t talk to anyone, not even me. She had fought my father and brought him down like dodo, our dog, pulls down other dogs in a fight, though my father had regained his balance and beaten her up like child. When I tried to stop him, he pushed me into a corner of the room and I fainted.

She had cursed him for three days. All the people who came have left cursing my father and then looking down at me like a pile of shit, except Aunty Misiu. Wherever I go people would start to leave as if something rotten has filled the air. Aunty Misiu, she still treats me like her child, but I want things to go back the way they used to be without my father anywhere around.

Before my father left, he had come to talk to me, but I told him I hated him. He said he was sorry, but he was drunk and smelt bad.

I know so many people who have babies in my village. I told my mother I loved to play with their children and if I had one…

She screamed at me. When she sobered, she said I wouldn’t understand. She said my life would never be the same again – that I would never be happy again. Now I think I believe her.

I feel sick when I think of my father though it hadn’t always been so. I used to think he was a strong warrior who protected my mother and I.

Aunty Misiu had asked when it all started – I mean the sex. My mother said she didn’t want to know any more than she’d already known, that knowing it did happen at all was sad enough for her.

I don’t know when it started either; I have always known that strange feeling with my father since I could remember. As I grew, I began to like it. When I grew bigger, he stopped using his fingers and would lie over me.

I had thought that’s what fathers are supposed to do to their daughters until Aunty Misiu found out the pregnancy.

My father had warned me never to speak to anyone about it or he’d never be my father anymore, that those children without fathers suffered in this world.

I asked him if that was why they had only me; he said my mother wouldn’t give us more.

Jude Ifeme is a writer and member of Abuja Literary Society. He is based in Abuja, Nigeria.