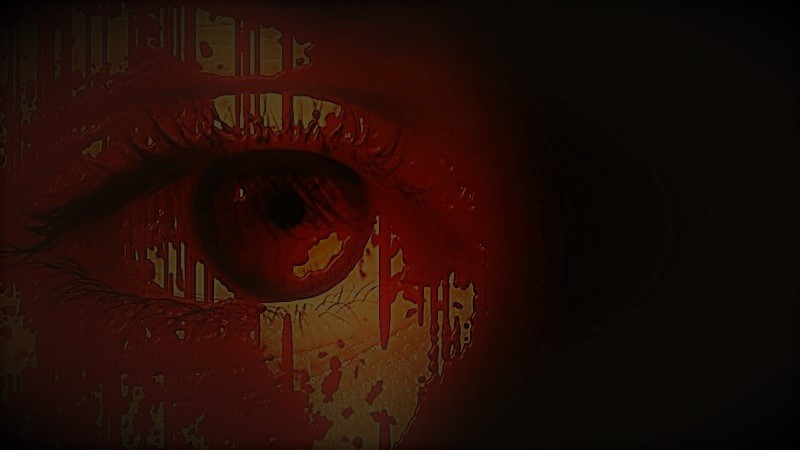 When Pastor Onyeachonam pointed out the eerie strangeness of four deaths within two weeks in a learning community of less than a hundred people, he was received as a sage.

One body was found in the staff toilet. She had sat on the can with her underpants down to her ankle; she must have been taking a dump.

One girl died on her bed at home; she had eaten garri with her parents the previous night. She wanted to see her favourite musical show to the end; she sang along with P-Square before her dad said it was bedtime.

One girl died in the classroom at break time. She had her head on her desk; her classmates had thought she was sleeping.

The albino girl complained of a headache after the morning assembly on a rainy Monday morning, and her class teacher was still suggesting a walk to the school clinic across the football field. She fell like a log, right there, before the concerned teacher said all that was on her mind.

The police chief investigator who came to the school after the third death thought the water reservoir behind the staff room might be contaminated. He ordered an autopsy on all the bodies; he came with his stern-looking gloved men who took sand samples around the bore well, and some water from the reservoir. No one should drink from the taps until further notice.

Pa Fakunle, the village witchdoctor, who lived alone in a square mud hut surrounded by giant trees and tall grasses at the west end of the village– and would only be seen when the gods had someone to threaten and sacrifices to demand – came to the school in a grass skirt, his face covered with white powder. He came after the fourth death. It was his first visit to Doloms, yet he knew the headmistress’ office without asking for directions.

A few scared parents did not bring their children to school after the visit by the police investigators. Somehow, Pa Fakunle’s impromptu visit to the headmistress got on social media; so, as the old man was raising clouds of dust with his angry stride towards the school gate, a few more concerned parents had come for their children.

The governor’s political enemies grabbed the opportunity presented by the deaths like hungry refugees would grab unexpected meal packs.

“It is unfortunate that our great state is governed by imbeciles!” said the spokesperson for the opposition party. “The school should have been closed down after the second death! If the government had been proactive, we wouldn’t be here now. This is not leadership!”

“Doloms is a private school,” Governor Dunga Dunga said, when he was asked to comment on the opposition’s position. “And this is a democracy. You can’t expect us to be issuing reckless orders like dictators. The police and the health officials are investigating. Government has procedures. We will not allow the opposition to intimidate us to a hit-and-miss approach to issues.”

Eventually Doloms High was not officially closed; most parents just kept their kids at home. The teachers stayed away too after digesting the analysis of the deaths that had dominated public discourse. No one queried their absence.

Pastor Onyeachonam promised to pray for God’s intervention concerning the issue. The governor folded his arms as he watched the televised Sunday morning sermon, and marvelled at the applause that followed the preacher’s promise to fast and pray for three days.

Pa Fakunle thought the whole fasting and praying business was laughable. “Onyeachonam would fast?” the old man sneered. “You see a man with a stomach like a pregnant woman’s, and you think he would fast for three days? Look, I have told the headmistress and the state the demands of the gods. They know where to find me when they are ready for the sacrifice.”

The state police spokesperson – a chubby cheeked fellow with tribal marks on his face and skin the colour of amala – addressed a press conference after a week of investigation. The officers at the forensic unit – the medical detectives, dedicated men and women – had been in the laboratory for days, testing body tissues, stomach residue, soil samples, and water samples.

The deceased individuals had not been poisoned; it was not Ebola, it was not Lassa fever, there was no common thread that linked the deaths for now, even though investigations were still ongoing.

When it was question time, a smiling journalist praised the police for their efforts; but he wanted to know if it was safe for the school to reopen. The police spokesperson then gave one of those extravagant abstract answers of clueless government officials who would want to sustain the appearance of certainty.

Pastor Onyeachonam also invited the press to the air-conditioned conference room of his church after the much-publicized fast. “I see a child holding a pen.” He said. “The school is not safe yet. Don’t open Doloms yet. I see an evil child holding a pen. We need more prayers.”

“What we need is progress.” Governor Dunga Dunga said in support of the school’s plan to reopen. “Science is about evidence. And so far, there is no evidence that justifies sustained suspension of academic activities at Doloms.”

Pa Fakunle commended the school authorities for giving the gods their due. He was certain the gods have accepted the sacrifice he got on their behalf. The gods of the land could now be trusted to keep the children safe.

The witchdoctor showed his brown teeth when he was told of Onyeachonam’s most recent prophecy. “My daughter,” he touched the journalist on her shoulder as if she was really his daughter. “Don’t let the pastor mess with your brain. He is just a conman in suit. What nonsense is he seeing? Children are in a place to read and write, they are there to learn, and you say you see a pen. What do they write with before? Do they write with my ass? What does he think he would see? A child with an AK47?”

Exactly a month after the second death, the governor assured parents and teachers – in a televised broadcast – of the need to put the past behind them. Doloms should come alive again in its former glory as a citadel of knowledge, inspired by the death of dedicated members of the community.

Most parents got their kids back to the school because it was impossible – according to the government’s education policy – to change a child’s school in the middle of a term. Most of the kids came with their food packs and bottled water and hand sanitizers; kids repeated their parents’ warning to stay away from the school’s water supply. Use the hand sanitizer after using the toilets.

As expected, there were some empty desks in the classes. Some parents would rather leave their kids at home until the next term; their kids would repeat the class if they had to.

One sunny afternoon – four days after the school had been back from the emergency break – a ten-year-old girl opened a drawer of an empty desk and saw a list.

The whole thing got the school like a bomb scare. The headmistress, the teachers, they were worried but wary; they gathered around this teary eyed child who would not stop screaming. Who has written your name with red ink? Where did you see the list? She took them to the empty desk; she told them the name of the girl who used to sit there.

The small piece of paper – the size of a postcard – passed from hand to hand. It had three names written with red ink: the names of two dead girls, the third name was of the screaming girl.

They were so sure she was losing it. Fear could cripple with its grip. Why was she now overreacting when she had never mentioned a girl she had found so dangerous?

The girl, the ten-year-old, died in her father’s car on her way home.

Doloms was empty the following day.

The Palm Wine Bandit: A Short Story by Nnedi Okorafor

Daughter of the Diaspora: A Poem by Itoro Paul