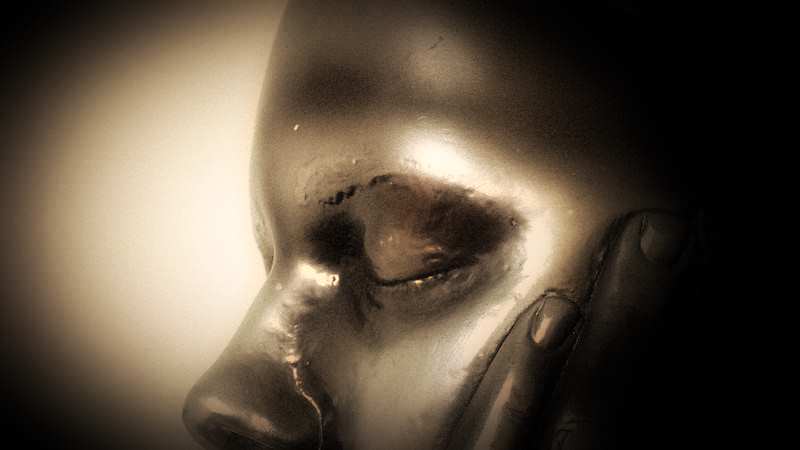 Isn’t it funny how everything becomes urgent only when you have little time to do them?  Think about it. That last project you stayed up all night to complete, only because you had a deadline to beat the next day.  Having three months to live feels the exact same way.

Talatu is seated beside me, singing along with Sade Adu’s Sweetest taboo. She sounds as though she swallowed a huge toad. On her arm are different tattoos, the latest being a sketch of my face next to a quote which reads, Sex is art in motion.

She says this new addition of hers is nothing, and I should think of it as her own way of remembering me when I am gone. Some people think it’s cute, but if you ask me, the very idea sounds bizarre to me. Why get a tattoo of my face, when a super-sized photo can suffice?  But hey! We are talking of Talatu here; everything about her is bizarre.

I look out the car window, and for the first time, a lot on the street hit me in a different way. Cancer will do that to you, I guess. Suddenly, everything you think matters doesn’t anymore, and the little things become important. Out there on the street of Lagos, everything moves in frenzy, from young peddlers pushing their wares in impatient drivers’ faces, to the boisterous shouts of conductors in black and white commercial buses.

These are the different faces of people chasing survival in their own little way. The ones who choose to live life despite their circumstances. Yet I wonder as I do these days, what purpose it serves if eventually everything we work hard for ends up in the hands of those who never understood the passion that drove us to get it?

However, do we relent? This chasing and gaining? Should our fear stop us?  I don’t think so. For whatever good we spread in our limited time makes our efforts worthwhile.

I turn to face Talatu. She has finally stopped singing—thank heavens—maybe now would be a good time to tell her what happened yesterday.

“Olohirere came to visit me at the hospital,” I say softly, as though announcing a visit from my ex-husband’s mistress (now wife) meant nothing. My announcement must mean a lot to Talatu however, for she slams hard on the brake with a force that flings me towards the windscreen like a rag doll. The only thing that prevents me from flying through the glass is the seat belt fastened across my chest.

“Talatu!” I yell once I regain my ability to speak.

Thankfully the road is clear, and we have caused no accidents. Talatu’s face beside me does not spare as much as a crease for the road; it turns on me with hawk eyes.

“How on earth did that happen? What did that witch want?” Her lips tighten, and the purple veins around her neck strain against her light skin. Whenever Talatu hears Olo’s name, two things happen: first, she calls her a witch; second, she forgets we three were once childhood best friends, and grew up shaping the same sand. Sometimes, I swear, I cannot remember whose husband Olo slept with; hers or mine?

“She and Maruf are getting a divorce,” I reply.

Talatu’s loud laughter does not startle me. The length, however, is unexpected. She stops after a while and just when I think she is done, she starts all over again, tiny drops of water forming at the edge of her eyes.

“Well, isn’t karma a bitch?” She says gleefully when the laughter passes.

“But wait o! What did she think would happen if she told you? That you would suddenly get amnesia and forget she fucked your husband?”

“I don’t know,” I answer. It does not matter to me why Olo came, but that she did. I do not tell Talatu this, however. Instead I say, “She mentioned he impregnated her sister too. She said she’s sorry.”

Talatu’s face brightens up again, and though she tries to keep a straight face, the corner of her lips curve in a little grin. Her shoulders begin to shake with poorly constrained mirth till she bursts into another round of laughter that lasts almost a minute. She finally calms down, puts her keys in the ignition and drives off.

For a long time, I blamed Olo alone for my broken marriage. I bought into this idea that Maruf was only a man, and it was in his nature to cheat.  So in preparation, I did what most women do; I accepted it as part of his weakness and waited. For you see, to accept means you are ready for the inevitable.

The truth is infidelity is a choice.  It’s not something written in the skies as inevitable. No forces beyond Maruf’s control pushed him to sleep with my friend. There were no charms involved! No spells! Just his itching piece of shit!

We arrive home to find my mother waiting for me on one of the cane chairs placed outside the house. As always, she is impeccably dressed; this time, in a fitted white jumpsuit and yellow courts. Her braids are styled neatly in a bun, and her neck adorned with a teal pearl necklace. I greet and invite her in. Talatu would have greeted her too, but she knows there won’t be a response, so she doesn’t bother and heads upstairs.

“How are you doing?” she asks as she perches at the edge of the sofa, her spine as straight as a rod and her Chanel purse clutched tightly in her fists. Her eyes take in the sparsely decorated room, artfully avoiding mine.

“Fine, Mother.” From years of experience, I know it’s the only acceptable answer. Details of feelings have after all never been encouraged.

There are a few seconds of awkward silence, and then she looks at me with an emotion I can’t quite place. Concern? I wonder, but I am not sure.

“You must come home,” she says. “You should spend time with your family. This is no place for …” She pauses in mid-sentence as her eyes circle our sitting room with a wrinkled nose, as though she breathed a different kind of air here—stinker air. She continues, “…a Benson. Your friend is not of our social class, she is a nobody! A riff-raff! Come home.” She says the words ‘your friend’ with a pinched expression, deliberately ignoring the fact that Talatu’s family and ours had once been in the same social class.

One year ago, I would have followed her home dutifully.  But things are different now. I’m different and her words no longer affect me. “Thank you, Mother, for your sincere concern but I’m fine here,” – and for good measure I added “—with the riff raff.”

She glares at me for a full second then storms out of the house with her chin raised high, a faint trail of Chanel No. 5 in her wake. I hold no hope I will see her soon. I guess my boldness scares her more than my death, but as I said, cancer changes things.

All my life I lived under my mother’s thumb. She commands, I obey. I studied law because she wanted me to; married Maruf because, somehow, marriage to someone outside my social class was abominable. I stayed married to a cheat for two years because mother wondered what her friends would say if I ended my marriage so soon.

Your daughter cannot keep a man!  Just imagine at her age and already divorced, was all my mother feared her friends would say when I told her of Maruf’s affair with my best friend. Yes, I could have stayed and worked on my marriage, but Mother never suggested that. She thought it was ludicrous that I complained. “It is what it is,” she would say. “Men will always cheat!”

In retrospect, I guess mother made it easy for me to blame her for my poor life choices. I used her need for control as an excuse not to live my life. However, the more I think of it, the more I realize that nothing but fear held me back. Fear I would fail if I defined my own path; fear of  gossips if I divorced my cheating husband just after two years of marriage; fear to stand up to Mother, to stand up for myself; fear  I wasn’t good enough, for or by myself.

So instead of doing the ‘unpopular’, I let my mother and society dictate to me. After twenty-six years, I find now that I am no longer afraid. I have cancer. I will die and there is nothing more terrifying than that. Or what more is there to fear?

Amina Dauda Oseme is a lawyer and poet. She lives in Kaduna, Nigeria, where she practices by day and writes at night.

Ifeoluwa Ayandele: For Boys on the Staircase of Heaven