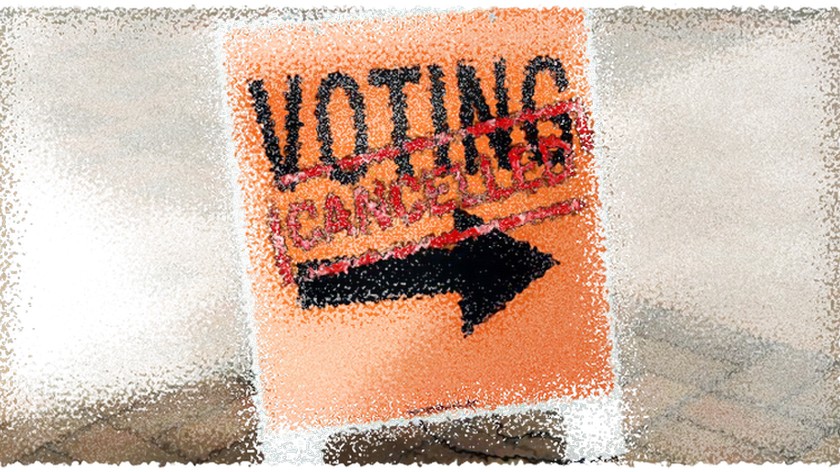 Papalolo gingerly stepped on to the mini pako bridge laid across the wide brimming gutter in front of his house. It wobbled gently under his weight. He carefully shifted his feet apart to balance his weight to avoid tilting the pako in any one direction and risk tumbling into the gutter. He shook his head pitifully and spat with disgust into the brimming scum of the gutter. He shuffled carefully across until he got to the safe end and stepped off carefully. At last! On safe solid ground again! The gutter was too wide for his old limbs to survive a sprint across. That was sport for the young. This careful shuffling was his daily routine if he was to go out of his house. The pako was his access to the world outside his door. He shook his head pitifully again and shrugged. At least, he had a pako to help him across the gutter today, he thought. The rogues of the neighborhood had either not seen it yet or did not value it worthy of their criminal expertise. He remembered when the last pako had been ‘moved’. It had left him practically handicapped, and at the mercy of fellow tenants with whom he shared the 14-room face-me-I-face-you building, who all but carried him across the gutter whenever he needed to go out of his house. Kind neighbors had also gone scouting for the sturdy pako that had been ‘moved’ and they had found it gracing the gutter in front of one of the houses on the notorious Saliu street, the street right across from their house. Their valiant efforts to repossess the pako led to a mini-battle and they had returned empty-handed and bruised-faced because the thieves on Saliu Street had used home advantage against them. After that, it was apparent they had no choice but to settle for the miserable old Siamese twins pako they had all abandoned after they had gotten the newly constructed sturdy one that was now stolen.

He slid his hand into the right pocket of his trouser and felt the papery dryness of his Voter’s Card. He smiled. Today is a good day. Today is the day his voice matters in the grand scheme of things in this Nigeria, he thought. His voice was as good as hoarse from four years of endless arguments and clamoring and protests and cursing, all of which made no difference in the continued decay of the system and all of which ended as mere words falling to the ground, like dead flies, right there at the vendor’s stand. But today will be different, he told himself again. With just one quiet action, his voice would indeed be heard. Finally, he could do just one thing that would be louder and more impactful than all the many years of futile protests combined. With only that simple resolution in his heart to take that one action to vote for one person, he would be speaking loud and clear, his voice ringing across Nigeria’s six geopolitical zones, echoing the very same desire of millions of other compatriots.

Papalolo was a believer. He believed in the constant need to try and try and keep trying until change does happen. He believed that he was that ‘one’. That extra one needed to unseat bad, unsatisfactory leadership and instate a better one. He was the difference that would give the right candidate that extra boost to win. Oh yes he was the difference and he was determined to make that difference, wobbling pako or not.

He looked towards the polling center right ahead on Saliu Street. The view pleased him. He could see the queue of voters. His people had changed and that was good news. They were learning and he was glad. Unlike other years when they would all refuse to go out and vote, complaining that ‘we already know who go win so wetin be the need?’ this time was different. It is a good day indeed. He smiled.

He waved at the okada riders as they zoomed by, hailing him:

“The one and only Papalolo.”

He looked up and down the street to be sure no speeding okada was approaching before he crossed the street. Most of these okada riders are crazy kai-kai soaked men. They drink kai-kai on a normal day and a day like today, with tensions and expectations high, was an extra reason for them to indulge even more. Most of them were in high spirits already because they had successfully sold their votes for a ‘good’ price while others were in surly but ‘high’ spirits still because they did not have their voter’s cards to present as receipt to ‘collect’ from vote buyers. Both groups were just as dangerous. One had to be very careful crossing the road at such times. Too many high spirits operating vehicles. Too many chances for accidents, especially for an old man like himself, shuffling across the street, after age had stripped him of his sprint and given him a shuffle in return.

He crossed safely to the junction of Saliu Street and with a sigh and a smile, began the descent toward the poling center. He pulled out his voter’s card and gently rubbed his fingers across it.

“Today, we make history. It is a good day,” he whispered to no one in particular.

Papalolo had been a teacher at Federal Government Boys College, Ojo, Lagos for over thirty years of his life. When he turned the retirement age, he was required to retire and he had done so gladly, after many fruitful years of service and impact on young lives. He had retired with the anticipation of the actualization of his retirement dreams- to complete his cosy bungalow in the village and relocate there, to enjoy a life of peace and quiet. His pension fund was the magic wand, the genie that would make it happen. But his anticipation had waned into cold disappointment.

At first, he had been asked to wait six months for the processing of the funds. Then it had turned to one year and then two years of fruitless queuing and appointments at the pension office. And just like that, it had been five years and his pension fund was still being ‘processed’ and now his retirement dream was on hibernation. Dark anger rushed to his head at the thought. His cozy bungalow still lay uncompleted in the village and he was still stuck in this crazy cycle of city life. With no children and his wife’s death a year ago, everyday brought a greater desire to relocate from the madness of the city to the peace and quiet of the village. He was only getting by on the proceeds from the little provision store his wife had operated before she died.

He drew some comfort from the action he was about to take today. The candidate he was voting for had promised, among other things, to resolve the pension funds palaver. With carefully outlined strategies artfully communicated, he had won Papalolo and millions of other Nigerians. The other candidate on his own part was just waving palm fronds (the representative image of his party) from one end of the country to another, spieling the stale and over-warmed promises that had become the anthem of elections in Nigeria.

“I will provide water. I will create jobs for the youths. I will repair roads. I will ensure constant power”.

Papalolo’s friend from Atlanta would have said, and quite aptly too, “Brother puleeeze!”

Weren’t there any intelligent young writers on that their team who could craft good speeches?!

Even if this his guy disappoints in office or fails at his promises, at least credit could be given to him for good presentation, confidence in delivery and conviction in communication.

Anyway, no chance for negative thoughts or doubts; today was decision day. No going back.

Papalolo was close now and he could hear arguments amongst the ‘sales reps’ of the different parties. They seemed to be trying to outbid one another to get the most voters for their candidates. As he shuffled closer, the arguments heated. Papalolo got to the end of the line and joined the queue.

‘Let me just vote in peace and return to my house in peace,’ he mumbled to himself, keeping a wary eyes on the arguing reps.

As the voting continued and the line moved Papalolo closer to his decision, the arguments erupted and two of the ‘reps’ went at each other with blows. Before anyone could separate them, one of the fighting ‘reps’ grabbed the table where the election officials were screening voter’s cards and flung it into the middle of the street. Chaos was unleashed. Seemingly out of nowhere, groups of party-loyal hooligans rushed towards the poling center brandishing machetes, broken bottles, clubs and what Papalolo recognized as the wobbling pako he had shuffled across just minutes earlier. It had become an impromptu weapon.

All the voters and election officials fled in different directions, seeking safety as the youths turned Saliu Street into a battlefield. The two police officers on duty quickly sought cover as well. They were outnumbered and there was little just two of them could do in the face of such mayhem.

Ballot boxes were smashed and voting sheets were scattered all over the street. Someone grabbed a bottle of kerosene from a nearby seller’s store and another pulled a log of burning wood from beneath Iya Alakara’s fireplace. In swift motions, the ballot boxes and their contents were set ablaze, along with other election materials. Papalolo was mollified and his heart fell as he watched the hope for change burn before him. He had not even gotten a chance to make his contribution. What hope did he have now? He did know for sure that he needed to get to safety. He shuffled as fast as his old limbs could go, heading towards home. He was close to the junction and could see his house just right across the street with no pako across the gutter. He was wondering how he would make it across when something struck the left side of his bald head. He stopped. A sudden wave of dizziness zapped from his head to his eyes. He fell to his knees. He reached his hand up to touch the assaulted spot and felt the sticky warmth of blood. It trickled down his neck and he felt faint. Hot fingers of pain shot through his bruised head and he fell with a hard thud on his chest. He felt a weird sense of relief, laying down there, dust rising all around him from the many feet running in the mayhem, his ears ringing from the roar of chaos as the fight raged on. He saw his voter’s card laying just an arm’s length away from where he laid. He reached for it but a pair of running feet landed close by and the air from the impact blew it beyond his reach. Papalolo was weak, his eyes were growing dim, and the roar of chaos was beginning to fade into a muted hum in his ears. He saw his voter’s card fluttering away on the dusty wind, in the midst of the raging chaos.

That was the last thing he saw. Then the darkness.

"I'm fascinated by the art of threading words together to form tapestries of meaning. My dream is to work my way around the world and tell stories as I go. I'm currently studying Digital Communications in the University of Baltimore. I'm a Nigerian."

The Promise: Poems by Eyitemi Egwuenu

The Tailor of Adabraka Street: Fiction by Kabu Okai-Davies

Maryam Gatawa
We use cookies to ensure that we give you the best experience on our website. If you continue to use this site we will assume that you are okay with it.Ok