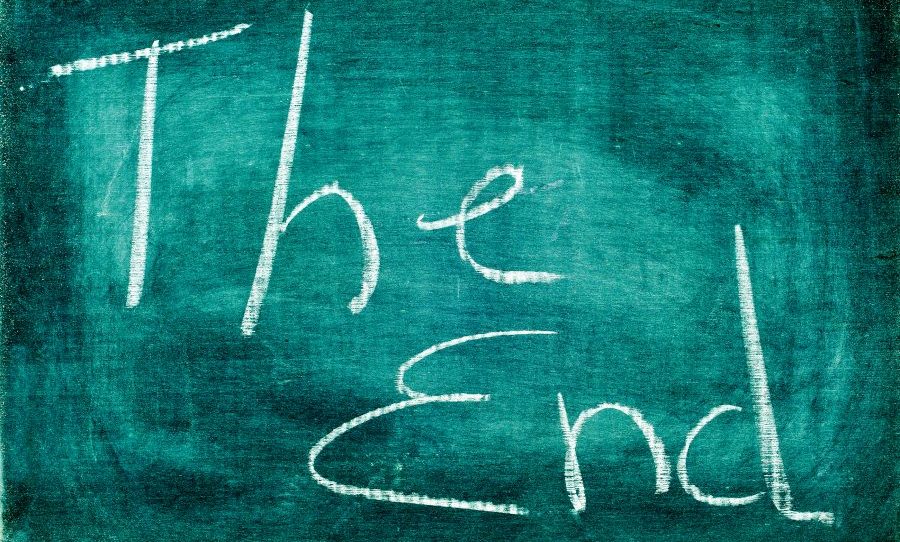 The silence that now reigns is a great contrast to the general situation that pervaded a few hours before. No mortal can be seen in sight and the only sign people inhabited the place recently are the thick fumes and dust which ceaselessly rise to the sky, that way, announcing that a great destruction has just been wrought. The mournful silence is intensified by the fact that the time of this story is during the first hours of the day, when all beings resign from their daily toils to recuperate and take time to wonder silently what the morrow would bring. Oftentimes in life the dark follows the light and great joy follows great sorrow. Perhaps because the recent destruction was accompanied by a great noise, the silence of this moment is terrifying.

Then there is a sign of life: there is a lonely, old man who seems not to be able to walk without the help of a long cane in his right hand. Is he the only person who has survived the destruction? As though aimlessly he walks among the rubble left after the great war which brought about the destruction, his groans resonating through the mournful silence. Often plunging his cane into the massive rubble, as if in search of spoils or something he lost during the war, and with his depleted strength he tries fruitlessly to move stones.

Here is the place where love was murdered. Here lies the tomb of goodness. Here is where people have said farewell to light and embraced darkness. Hearts seared by hatred curse one another. Hands were lifted only to deliver strikes to one another. Mortal sadness silences healthy smiles and only the sounds of crying were audible. People have said to curses, “here is my voice, use it.” They have said to indignation that their hands were at its disposal. But were all these necessary? Is it possible to attain unto the realm of Light by laying hands on one another? Is the way from Adam now so long and crooked that humans can no longer recognize one another?

The sadness of this elderly man can no words rightly describe. With the illumination of the lowly shining moon, he is busy turning corpse after corpse, to see the face of each victim, and from his mournful expression after each attempt he seems to know everyone! The dead had different religions and creeds, different skin colors and different cultures. They belonged to different social backgrounds. However, they were alike in one way but they seemed to have not recognized this. They all belonged to him. He knew them by name. Examining each face he spells out the name of each dead person while he ceaselessly groans in pain, and though his sorrow already knows no bounds, yet after seeing the face of each cadaver his sorrow seems to find a new higher degree.

With great efforts he puts two cadavers in his arms. These two men were from different races, languages and religions. For a long time his face turns from one cadaver to the other, and he begins to speak in what seems to be an ancient language or perhaps gibberish. He speaks at length and his voice echoes back to him as if nobody in this tragedy-stricken world would listen to him even if they understood him.

What a foolish thing to do! Because of an element of dissimilarity people kill one another, they chose not to let the other thousands of similarities to guide their hearts, embracing one another. How many millennia will it take to learn that ordinary ideas are silly reasons to take lives? When will people begin to exploit the power of smooth and fluent languages to resolve their differences? When will people begin to tolerate each other?

“Ishmael! Isaac!” The man stands upright and cries out. “How could you sleep when all this destruction is happening here…?” he is hardly able to finish the question because bitter groans continue to deprive him of his strength. “I can’t sleep” he adds as he bends over to examine another cadaver and in the depths of his sorrow, the moon now seems to refuse to lend him its brilliance, hiding behind the clouds by which God himself seems to blanket his face from humanity.

Now again he stands and leaning against his cane, he begins to speak to an unseen audience in a rather angry voice, again in that unknown language; he forcefully points his cane in different directions to emphasize his anger.

When patriarch Abraham has used up all his strength, he begins to move away from this site of destruction and from the invisible audience.

As he begins to fade into the quiet mournful night his groans gradually become less audible. Suddenly he halts. By now he is only a faint silhouette, almost formless. However, because of his rising voice, it is clear that he is now looking back towards the site of the destruction. And he says, his voice sounding as if he is giving an order, “if you can not be a Muslim or Christian or Jew, why not just be human?” And as he turns to continue his lonely walk into the dark, he adds, “that way I will be able to sleep.”

I am a Nigerian. I enjoy writing poems and short stories. Many of my works have been published in foreign publications such as magazines (both in paper and online editions) and anthologies.

A Walk In The Sky: Poems by Fr. Remi Okere

In A Plain Language: Poems by Adeola Ikuomola

Lacliques’ Drinks and Dance: A Short Story by P.M. Jayawardana

P.M. Jayawardana
We use cookies to ensure that we give you the best experience on our website. If you continue to use this site we will assume that you are okay with it.Ok