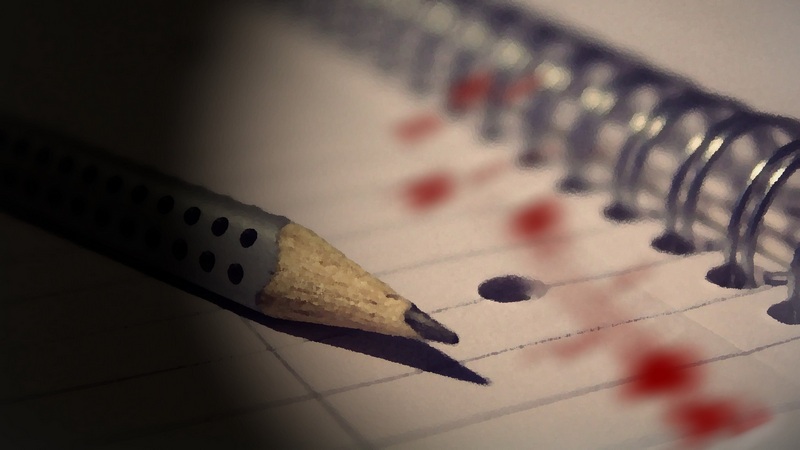 She straightened herself, picked up her shoes and silently walked away from the bed, taking care to take nothing of the room with her. She was in no hurry to leave however. She groped along the dark walls, steadying herself, repeating the rehearsed pattern of ninja movement she had perfected over countless near-death days like today. She wasn’t one to complain. It was just another day, another assignment.

Something was different about the target this time. She’d stayed the knife until his hands were clasped around her neck. It was an unusual position for her. Hesitation was new territory to her but there’s no denying it nearly cost her today. She’d taken the lives of over 40 men, and not one of them mattered a slight after they’d stopped breathing. What was so different about this one?

For starters, he sounded nothing like the man whose conversations she’d wire-tapped for the past two months. Add to that, his hands betrayed his fear. Maybe that was it; she wasn’t used to taking the life of scared men. They all went out fighting. This one felt like he was begging for his chance to live, not trying to take hers. ‘Must be why the guilt weighed so much she needed a third leg to successfully travel the length of the room.

Just as she opened the door, taking care to leave nothing of her prints, something inside forced her to flip the light switch. For a full long minute, the room was brightly lit, but she couldn’t turn around. The door was two short steps away; the bed was twenty marches backwards. She slowly turned around, taking in the sight from the nicely draped Georgian curtains to the matte floor, avoiding the bed altogether. She backed away from the door, taking three short steps. She stiffened as her worst fear was confirmed: she’d taken the wrong life.

Partially blind since birth, Renee had developed her other senses to more than compensate for her imperfect vision. Having been born to a French mother and Italian father, Renee moved stateside with her grandmother after her ballerina mother was found strangled in their living room and her father disappeared. Only 5 at the time, Renee soon learned her father cared nothing for her welfare and she’d overheard discussions between her grandmother and aunt Lydia suggesting her dad was alive, well and living in Budapest with his lover and other children. At first, Renee was stung. She cried for days. She soon came to terms with it and decided autonomously her dad was the one responsible for how her mother left this world. She decided she wasn’t going to live at the behest of any man, thus she made little secret of her disdain for boys who picked on girls or sought to exert themselves unnecessarily. By the time she was 10, Renee had been suspended from three schools in the district, once for burning the right ear of a kid in her last school that picked on her friends. By 13, it was decided she should get informal education and she was sent to the martial arts institute for teens in the next district. Renee would go on to commit extra hours at the art, displaying an extraordinary craving for knowledge, and bravery beyond her years, which endeared her to the masters. By 23, Renee had made quite a fortune using her deadly martial arts skills combined with the best model of seduction to take lives for double figure contracts.

Daylight filtered through the silk curtains on to the large mahogany desk on the fourth floor of the administration building downtown. On the wall hung massive pictures of leaders of the outlawed IRA. ‘No way “no comment” sells with my editor, Mr. Thompson. I need something!’ he said, exasperated as he sat up in his seat and reclined backwards, as if to reassure the other man he had no intention to leave now.

The dark-haired occupant of the leather chair spun around, grinning from ear to ear as he roared ‘got you there, didn’t I? You young lads never stop amusing me. Oh the joy. Must be why they call you Hound, eh?’

‘Yes, you did, Mr. Thompson, I know how to take a fall. Can I get my quote now?’ he said, masking his irritation with a wry grin as he pulled out his recorder and crossed the left leg over the right.

‘Aye my lad, you shall have it. The union will not be represented at that meeting. We have taken a decision and we’re not backing down any time soon. The city council will see us when they honor our agreement’, the large man drawled, ending with a quiet hiss.

Brian put away his Sony digital recorder, tucked in his tie, took one last sip of the awful baileys and stood up, stretching his hands. ‘Pleasure, Mr. Thompson. You’re a real journo’s delight, everyday’, he said through clenched teeth.

Six quick steps and he was out of Mr. Thompson’s office, the large unpleasant man who was secretary of the city’s mining union. Brian wrote for the local paper. Dashing and intelligent, Brian was raised by immigrant foster parents having been abandoned by his alcoholic mother at age 3. Brian grew up a bitter kid; upset at the society which allowed young women who couldn’t afford their own body creams, or control their beer intake get pregnant and deliver babies; the society which seemed to be tilted in direct favor of anyone with a vagina who would open it and subject even the greatest of men to her dark caprices. He decided he wanted nothing to do with the greater majority of that gender. It didn’t help that the girls at his foster home always picked on him. He grew up numb to the attention of girls through high school and college. In fact, the little tolerance he had for women stemmed from the relationship his foster mom encouraged with his half-sister, Alice. And even that wasn’t going to influence how he perceived women until Alice suddenly lost her life to cancer, aged 16.

Brian had declined three offers outside the district because they were all establishments headed by women. Still, he couldn’t deny Alice left a mark, tried as he could to hide it. As he walked into Joey’s bar, he was struck by a most unusual sight and wrapped in an emotion he’d never felt before; he looked in the direction of a woman, twice. He took a while grabbing his regular seat just after the band. But he was clearly disoriented as he couldn’t find the stolid state of mind to look up and take Joey up on his ‘the usual, Hound?’ inquiry.

Renee took a second look at the man who just walked in, checked the image Jason forwarded an hour ago on her blackberry and shuddered. For starters, she knew she was actually looking forward to seeing what was underneath all that musketeer appearance. In the five years she’d been taking lives for her multinational employers, Renee had never looked forward to the sex. Taking their breath away for the last time was her favorite part. She liked the feeling of helplessness they couldn’t mask at the end, as they struggled for their lives. That was her way of reducing the number of evil quantities like her father who ended lives they didn’t create. She undid a first button and took the third seat from her target.

What is this weird feeling? Who is she?, Brian mused as he noticed her take a seat near him. Brian had great sex with men, all the time. Why was he suddenly overcome by the urge to buy her a drink and show her the luxurious interior of his apartment?

‘Visitor?’, Brian volunteered, switching seats as he said so.

‘You’re in Hampton for the first time? You look ravishing, if I may’.

She feigned a blush. ‘Ah, but you must. You’re not far from the expletive yourself’.

‘That accent, I call French or deep Russian. Yes?’

She turned away, sharply.

Brian tucked his tie in again, took a long drawl of Joey’s strongest mixture for confidence, and turned to her ‘Listen, it’s okay if you can’t say whether you’re here for the first time or where you’re from. It’s just that Joey’s is my place every day and I’ve never come across such resplendence sat within one body’.

‘Here’, Brian said, pulling out his card ‘if you’re ever in a chattier mood. Name’s The Hound’, he finished half embarrassed and upset he even tried at all.

She did the most unexpected thing. ‘Keep it, Mr. Hound. I need a ride anyway’.

‘This should be fun’, Brian smiled smugly, taking her hand as he walked expectantly to his first sex with a woman and ultimately his own funeral, holding his executioner’s hands.

Ajinomoh Caleb is a print journalist by day and a commercial writer by night. He contributes to the education review desk of The Sun Newspaper, a foremost Nigerian tabloid. His first non-fiction, Job Seekers Do Stupid Things, was released in September 2015. His first fiction, Fe-mme Fa-tale, is undergoing final edit and is primed for a March 2016 release. He lives in Lagos, Nigeria.

So Rough a Journey: Poems by Pious Elemchukwu Okoro