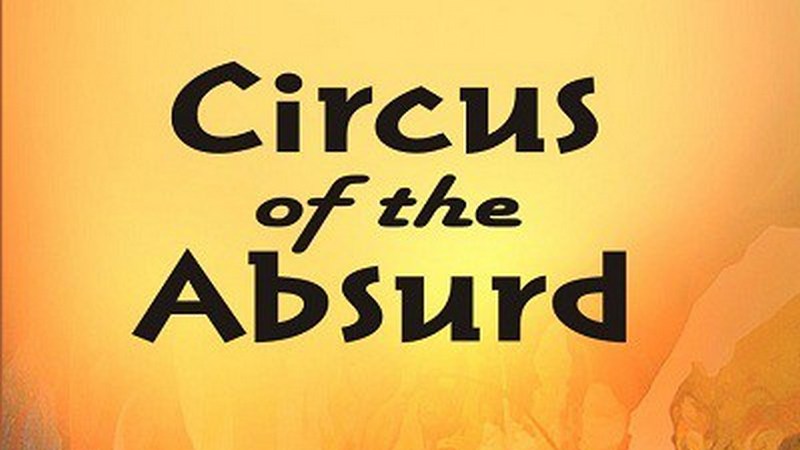 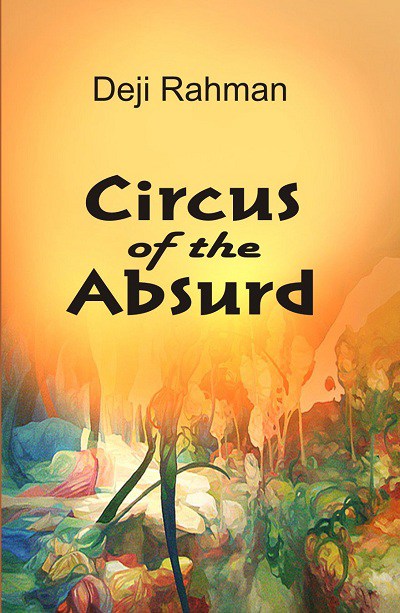 The short story craft is quite enthralling when it works well. Unlike the novel which takes time to unravel the short story hits you in the face as it were, rendering its magic like the Jamaican marvel of sprint named Usain Bolt. Deji Rahman, author of Circus of the Absurd, stakes his claim as a considerable voice of the form that has given limelight to such Nigerian winners of the coveted Caine Prize for African Writing as Helon Habila, Segun Afolabi, EC Osondu and Rotimi Babatunde. For Rahman, the Nigerian scene offers events and escapades that would put good old magical realism in the shade. Everything is zany in this country that was once voted-for as peopling the happiest people in the whole wide world.

In this engaging collection of 11 short stories, Deji Rahman has his finger on the pulse of the nightmarish dimensions of Nigerian life. He renders appreciation to writers such as Helon Habila, Bisi Ojediran, Madeleine Thien, Tsitsi Dangarembga etc., and it’s obvious that his craft has gained cubits through the Fidelity Bank-sponsored writing workshop that produced a 2011 anthology in which one of his short stories appeared.

A holder of a Master’s degree in Economics, he has worked as a business journalist, stockbroker and banker, fields that have inspired his fiction.

From the first story “Candidate Number One” to the last “Arabian Groom”, Rahman offers a potpourri of the odd and the odious rendered in well-measured language. Easily recognisable Nigerian characters and types adorn his pages and give life to the roundedness of the stories.

In “Candidate Number One” a touring President Oluwole, a character not unlike President Obasanjo, meets the upwardly mobile America-based Jide Martins in the Presidential Suite in the Washington Hilton and encourages him to come home to render service to the country. The character mode of the president is rendered thus: “President Oluwole’s temperament was a familiar story in the media. He had a legendary reputation for moods. He did not disappoint Jide. He was as funny as he was acidic. Several times, he wondered if Jide would ask the ‘US President or the British Prime Minister that kind of insulting question’.”

Jide who had intended to go into politics in America with “an eye for the US Congress in 2014, to represent 12th Congressional District of Georgia” eventually “resigned as Senior Associate Editor at Time International magazine and relocated to Nigeria. With the support of President Oluwole he throws his hat in the political ring to represent Lagos Central Senatorial District in the National Assembly. By the designation of the Electoral Committee he was given the tag of “Candidate Number One” but when the result is announced it is another candidate number one that is declared winner in the shape and size of Chief Mrs Sekinat Omolara Amusa. Jide could not but mutter in disgust: “Crazy people, crazy democracy.”

The twist in the tale made famous by the masterful American short story writer O Henry is a major fulcrum of the style of Deji Rahman. The second story, “The Grateful Refugee” starts with the eruption of the normal noise in Mushin by “homeless youths” only for the protagonist to see at the very end of the story the shocking appearance of his impregnated daughter Tolu, a 25-year-old “who was supposed to be busy with her Master’s degree in London.”

Themes such as Pentecostalism, fetishism, corruption, sham radicalism etc dot the pages in the manner that the Nigerian landscape has been despoiled. It is a nightmare world in which a puny monarch thinks nothing of sacrificing his only progeny in the quest for old power. Political appointment turns a daredevil activist into a whimpering government appendage. Religion can be changed in the manner people change pants. A daughter settles scores with a father she considers unfair by luring her sister into tragedy. The last story of the collection, “Arabian Groom” upends Timothy “Tim” Ojukwu who converts from Christianity to Islam and takes the name Ibrahim in his bid to marry the daughter of Tunisian strongman, Bin Umar.

Circus of the Absurd by Deji Rahman is a stark dig at the absurdity of Nigerian life. The circus show is not indulged; the author displays tutored control over his subjects. On the minus side are some editing errors as in page 166, to wit: “If you want to prove me wrong, goggle (sic) Ojukwu and Nigeria.” This notwithstanding, Circus of the Absurd is a clear pointer that in Deji Rahman Nigeria has a very promising craftsman in the slippery field of the short story.

Reporting Violence in the World: Different Strokes for Different Folks

The Pause between Acts: Poems by Abigail George