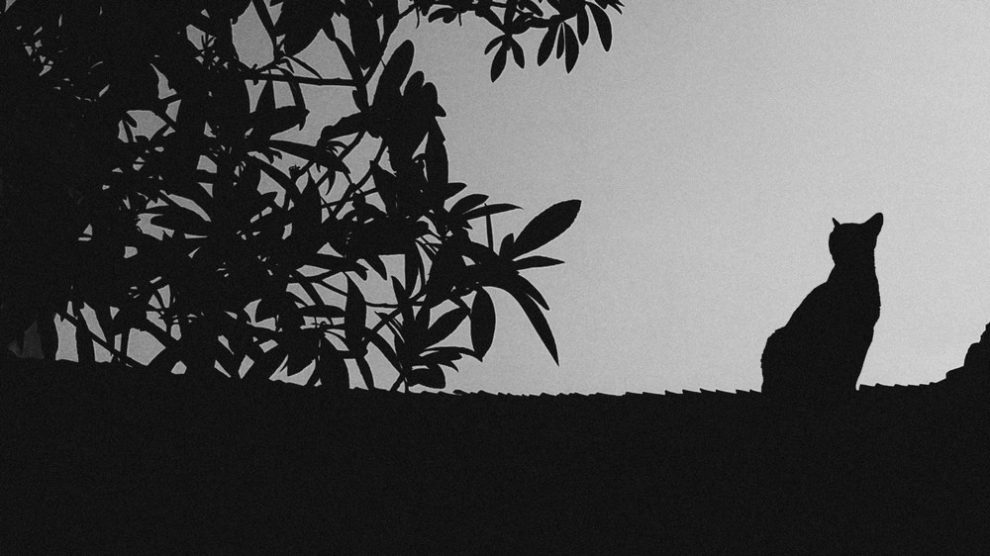 This particular story doesn’t start with this sentence. It doesn’t even start at the point I tell myself I want to write a story. It actually starts on a horrid Saturday afternoon existing in the smoldering embers that is my childhood; in a time where time was simply a clock ticking away in the sitting room which doubled as a bedroom and love was sitting on a carpeted floor with my brothers devouring a large plate of rice. This story starts when a cat finds its way into the ceiling of our room. A scurry here. A scurry there.

The first night the cat ran across the wooden ceiling, its paws pounding against our heads like a headache, my father asked my mother why she had added too much salt to his soup. The cat scampered through. Why, he asked again. How could she be so stupid? I wondered to myself how he didn’t notice the cat. Perhaps if mother had added enough salt to his soup, he would have said the cat wasn’t wise coming to our ceiling as what was he (he termed all animals masculine) expecting to steal from such a poor family. He probably would have made some jokes about using the cat as meat for our weekend soup. But he didn’t say any of this. He was more interested in why mother had added more than enough salt to his soup.

Even though what happened afterwards is a major part of this story, I do not remember a large chunk of it. All I remember is hearing the cat scurry above me late into the night like a spirit that needed to get out of a body. I concluded it was stuck. He couldn’t leave even though he wanted to. I remember thinking that father had perhaps blocked the hole (or whatever) which the cat used to gain entry so we could use it as meat for our weekend soup; I hated him for that. Or could it be that the cat had kids in the ceiling and he just couldn’t leave his children to fend for themselves?

The story of a woman I call mother does not start when the cat came into the ceiling; it started long, long ago before I was born. Her story starts with Yinka, a man whose hands trailed her teenage back and stroked her Fulani hair. It was with Yinka that she first found love, or whatever they chose to call it. It was Yinka who broke down her defenses, and rammed into her like a barricade. It was his sweat that trickled onto her bare chest under that dogoyaro tree which stood in the middle of the village like a god watching over his children. It was Yinka who broke her; but aren’t all women meant to be broken? Aren’t they all meant to be a mosaic of broken glasses?

On the night he leaves for the United Kingdom, he tells the woman who I call mother, “I promise to come back and take you with me as soon as I can.”

The face of the woman I call mother suddenly glistens under the moonlight; she forgets that it is the same sweet-tonguing that pushed her to carry his child, that it is the same one that made her wait three years until the calls completely stopped and her baby had started asking about his father.

My mother’s story continues when her family finds my father and she is given to him like a wrapped gift. You see father, he is an artist; he creates masterpieces on mother’s face, flicking his brush all over her eyeballs and nose and lips, his vermilion paint splattering all across his canvas. He paints like a soldier defeated in war with his fingers mechanically whipping out punches against the canvas until paint dribbles down; like rain against a window, or like tears upon a face.

On one Saturday, the cat scampers in weak strides — I can hear it in the way his feeble feet weaken against the wooden slate; I can feel it in the silence that accompanies every short distance which normally would be accompanied by a soft, yet warning growl which shakes the room like an earthquake. The woman I call mother does not stagger out of this story like the cat; instead she runs out of it, carrying her bags and not her children. She steals across each sentence like a thief in broad daylight, leaving a tear in each paragraph.

The story ends when mother disappears into the shadows and father finds a group of kittens hunched in a corner and puts each in a sack and hits it against a wall till life fizzles out with each struggle, and in his eyes we can see he will do the same to us.

Photo by Yancy Min on Unsplash

Adewusi G. David is a content and creative writer who studies in the University of Ibadan. His works have appeared on Kalahari Review, Praxis Magazine, The Naked Convos and others. He currently interns at Praxis Magazine as an editorial intern. Also, he edits for a Canadian-based Magazine, Echelon Review. He is an alumnus of the Sprinng Literary Movement (SLM) Mentorship Program. Also, he is a one-time invitee to the United Nations Economic and Social Council Youth Forum. David enjoys smiling; it makes him feel alive.

When My Lips Part: Two Poems by Atuhairwe Agrace Mugizi