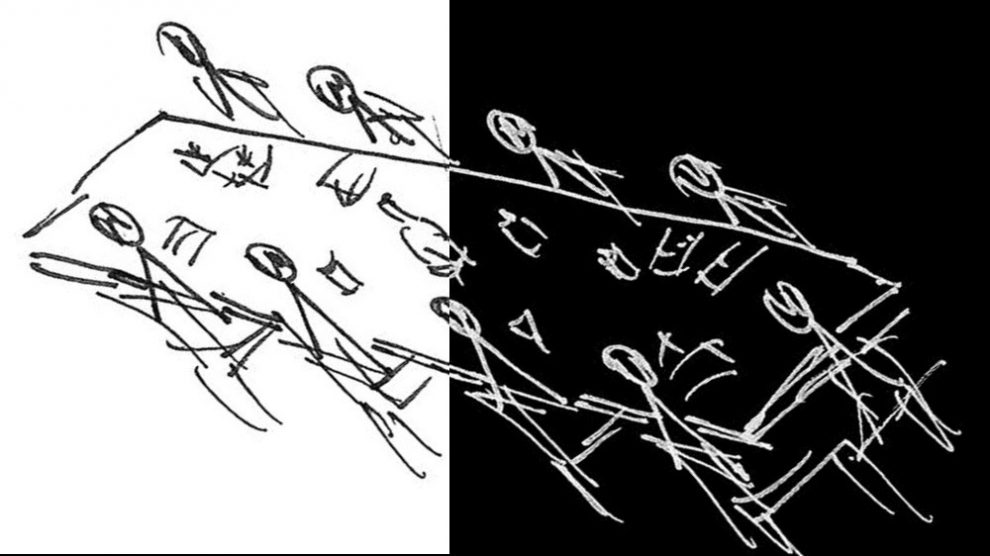 I know you grew up on the streets; that you feel the streets made you; that you are now the streets, maybe just a human version. I know that when you were younger, death led your parents along and your relatives rejected you saying you were bad omen; that whenever you passed something got missing. But you knew you were not a thief; that you could do nothing with your skinny limbs, so you told everyone you met on the streets that your relatives were wicked. But those strangers never understood you because you spoke Igbo in a city dominated by pidgin-speaking strangers. The few who understood you called you a liar, ajo nwa, a bad child. You must have been six then.

I know that you roamed the streets and searched bins for cabbage and burnt rice and sardine tins for traces of oil; that bread moistened by morning dew was your favourite. I know that your hair turned the colour of rusting nails and your scalp was adorned with ringworms. I can remember them; pale-brown and scaly in large patches. God! They were really itchy.

I know that birds live on trees; that a frog’s home is called a pond, but you had no home. I remember you slept in empty danfo buses at night, sometimes in uncompleted buildings, crickets rhyming sorrowful tunes. They must have been dirges for you wished to never wake. But you always rose from the touch of the morning sun, with the will to get through the day in one piece; to survive.

In some ways, you survived into your teens and changed your name from Uchenna, the father’s will, to Tijani, a name you heard one call another, although you did not know what it meant but it sounded heroic, like a protagonist in a play. Over the years, you made friends, homeless friends like you. Four, all boys. Friends that turned family but none cross-eyed nor smart as you were. They were family to you not because you all enjoyed bread moistened by morning dew nor because you touched one another at night but because family didn’t feel like a word amongst you, it felt alive, like an emotion.

You are an adult now and you understand that the society doesn’t look at your mistakes anymore, rather the decisions that you make. You understand that to care about how they feel is to behave child-like but you are an adult now, so you must behave like you don’t care although somewhere deep down you do. If there is something the streets taught you, it is this – pretense is a huge part of adult life.

You look in the mirror and you cannot believe how much you have changed. You cannot believe this story you are writing is about you, your life. But you must write it, anyway. You must tell the world that your story changed because you met a man who knew another man who also knew another man. That your name was once Uchenna, then Tijani, and now Zikora; tell the world. That your skin wasn’t as bright as it is now; that you never knew something like coconut oil existed. You must write to them of your most treasured property as a child; a pen with different colours of ink and how you wrote about a cat which went to visit the Queen; that the estates you own now didn’t matter then.

As you sit at the board meeting surrounded by men smelling of crude oil money – none of them cross-eyed nor wealthier than you – you imagine their lives and wonder if they know that bread moistened by morning dew tastes like scrambled eggs.

Okwesili Bryan Joe is an African writer born in the southern part of Nigeria. He enjoys soliloquy (I have more conversations in my head than I have in real life) as much as he reads novels. He is currently a student of Law at the University of Calabar, Nigeria.

E.C. Osondu: A Writer must come to the blank page with humility

Daughters of Eve and Other Tedious Tales

Ikhide R. Ikheloa (Nnamdi)
We use cookies to ensure that we give you the best experience on our website. If you continue to use this site we will assume that you are okay with it.Ok