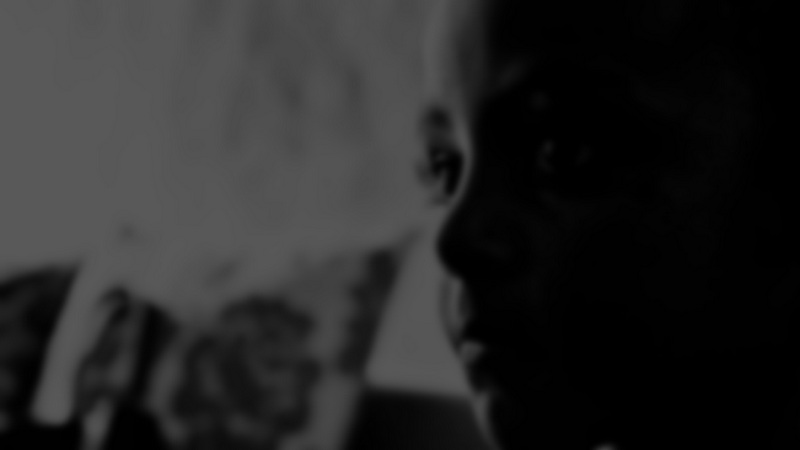 The first time the man came to our home, it was a cold drizzly evening. I remember watching the rain drops make ripples on the puddles in our compound. He stayed till it was quite late. I loitered in the dark passage, straining my ear to listen to their muted conversations till Timi, my cousin, came and chased me back into the room.

Once, when I returned from school, he was in our sitting room. He smiled expansively at me, exposing an incomplete set of brown, uneven dentition. He tried to hold me but I slipped away from his grasp. My mother laughed and told me to go change my school uniform in the room. I was angry. She was always the one who took my bag and folded my clothes when I removed them. Later that night, Timi told me that I was no longer my mother’s husband. She said that Yokozuna – a nickname we made for him because he was fat with a rotund belly and sagging breasts like our aged landlady – was my new father. I remember going to sleep with the image of my mother’s head pillowed on his lap.

One morning, I woke up and found the man reclined on our couch watching TV, wearing a singlet that barely covered his navel and boxer shorts. I stood there for a brief moment staring angrily at him till my mother called out to me. She took me to the bathroom and helped me brush my teeth and said that I must never behave like a woman. Uncle Tari, she said, was going to be a father to me and that soon I would have brothers and sisters to play with. I imagined what they would look like, little Yokozunas with big heads and greedy eyes. I told her that I hated the man and she smacked me on the head with the toothbrush and told me never to say that. She said that the man loved me and that she loved him and that I must get used to seeing him around. I stared at her reflection from the tiny mirror that hung in her bathroom, the way her lips moved to form those words; she seemed like a different person.

Timi and I would talk about Yokozuna and my mother almost every day. We gossiped about them surreptitiously, in the kitchen while she washed the dishes, or in the room when the game of ludo bored us. When mother came into the room abruptly we would quickly change the subject, sometimes Timi would throw in a song. But mostly we just kept quiet. I knew from the way my mother eyed us that she knew we were talking about them and often she tried to make me tell her about the things we said. When I didn’t budge, she would rant on about how wicked we were and didn’t want her happiness and that maybe she would send me to an orphanage home.

When Yokozuna was eating in the parlour, I would peep from the corner of the door. The way huge balls of eba disappeared down his throat puzzled me. He ate with the urgency of a man who was afraid someone would come in and snatch the plate from him. He would belch loudly after drinking water. My mother usually sat across from him with a contented smile etched on her face.  When he came to our bathroom to fetch water from the drum, my cousin would count how many cups he fetched and would sit afterwards and grumble about how deep the well was and how he would just use the water as if it rained into the drum from heaven.

Yokozuna tried for a short while to endear himself to me. He bought me fireworks one Christmas and taught me how to light it. He took me to the barber’s shop and bought me stick meat which I always nibbled on the way home. When I got home, I would feel guilty and avoid my cousin’s gaze.

One early morning, while I was having breakfast and preparing to go to school, I heard a loud scream from the parlour. It was my mother. I dropped the spoon and rushed there. Timi was already standing at the doorway. We stood there and watched her scream excitedly as he chased her from one corner of the parlour to another. It was a scene I carried in my head to school, and at break time, I imagined myself chasing Angela, the class monitor in the playground.

Christmas Day, on the eve of the new millennium, was the first time I saw him get angry. The smile disappeared from his face. His whole body rocked violently and he swore loudly at my mom. We were driving home from church when they started arguing. He landed a few hot slaps on my mother’s face with his fat palm. That night, she slept in our room.

They quarreled frequently now. While it lasted, she spent quiet moments with us. She would sit on the bed and stare sadly at the door. Their love was now a fragile thing. If she held it too keenly it would slip away from her hand. If she didn’t, it slipped anyways. He now spoke loudly. He shouted at my mother and my cousin and called me a lazy school boy. His voice filled my head and made me move around with uncertainty, as if he lurked in the corner waiting to bark at me.  One day, he knocked me on the head for taking too long to fetch him drinking water. My mother sat in a corner of the room and stole furtive glances at us and said nothing. It felt as if my head would split into half. She came into our room later in the night and tried to massage the sore spot where it had swollen. I shrugged her away angrily, but then she reprimanded me sternly:

“How many minutes would it take you to fetch water from the kitchen, ehn? See you. Stop behaving like a child o!’ She yelled and then stormed away from the room. But I was a child, barely nine years old and I sobbed quietly. She returned later, and cuddled me through the night.

I woke up one morning and found our house in disarray, as if a great cyclone had passed through it. There were shattered pieces of everything strewn on the floor. The door of our room swayed weakly at the hinges. The handle was on the floor. My heart raced but I could only sidle as if I were going through a strange territory. Timi was in the sitting room. She wondered how I had slept through the noise of the past night. She pointed to my mother’s room.

“Why aren’t you getting ready for school?”

I stared long and hard into her face. She looked like a defeated boxer. Her eyes were swollen and black.

“You heard your mom. Go and get ready for school.” It was Aunt Julie, my mom’s sister. I hadn’t noticed her. I stood there till Timi came and took me away.

On my way home, a neighbour stopped me on the street. It was Queen, Tari’s friend. She was a thin girl who talked a lot and sometimes looked like she was going to break into two.

“That man will kill your mother and then you will be an orphan like me.” I said nothing.

“When next he tries nonsense, ehn, hit him on the face with a pestle.” She swung her arms to demonstrate. “You will see. He won’t ever touch your mom…” I hurried past her.

Later that night, when Yokozuna returned, I went into the kitchen and took the pestle. I lurked in the passage and waited to hear him hit my mom. My hands were shaky. I wanted to swing the pestle across his face, watch the blood spurt from his nose. But I also wanted to just go into my room ad sleep and wake up to a normal world. I got tired of waiting and tiptoed closer to their room. The door was half open. I saw his shadow holding the shadow of my mother down. I heard muffled noises in the dark. The bed creaked dangerously. A cry broke through my mother’s throat and was stifled in midair. I came to the side of the bed and swung the pestle at him, hearing a loud thud as he hit the ground.

Victor Eyo is a Nigerian writer. His poems and stories have appeared or are forthcoming on Africanwriter.com, Damiajayiwordpress.com, Kalahari Review.