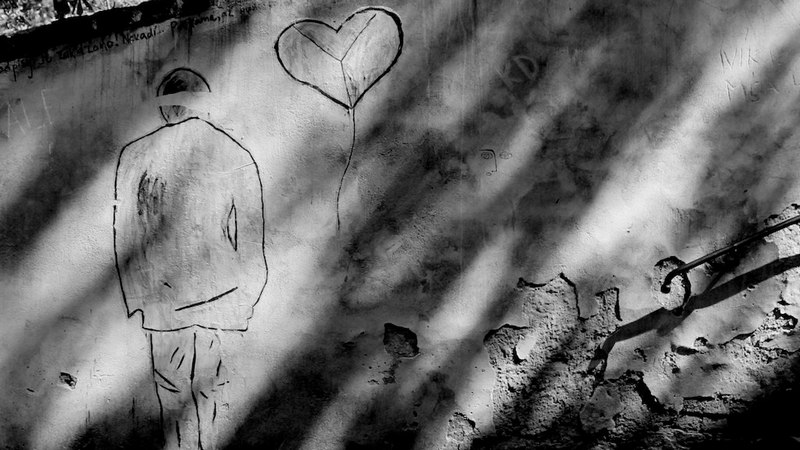 Your mother didn’t tell you about love; you found it out all by yourself.

You have always been in love with the Girl-Next-door. When you were 14, she saved your ass in school by lending you her spare socks. Mr. Larry, your moustache-laden teacher, would have made meat of you when you decided to outgrow the school’s authority by refusing to wear socks.

You thanked her afterwards. You still remember because that was the first day you ever spoke to her. For the first time, you were close enough to notice the dimples that left a trail of beauty on her cheeks whenever she smiled.

Many a time, after school, you would stand by your window, which was directly opposite hers, a fortunate coincidence, and watch her sing while clutching a container of Talcum powder which served as her mic. She, unaware of your stare, would sing and dance round her room, much to your fancy.

A few months after you turned 15, the Boy-Next-door moved in with his parents. He was the apocalypse. Soon, he became friends with her. You were jealous but it never truncated their friendship.

You stopped watching her from your window. You devoted your time to video games, hoping that it was a dream; that the Boy-Next-door would be gone when you awoke. He wasn’t.

At your graduation, the Boy-Next-door showed up. They took pictures together while you stared. You couldn’t tell how you felt about the Girl-Next-door taking pictures with the Boy-Next-door but you knew you couldn’t bear the sight. You urged your mother to take you home. She asked why but later obliged. On your way home, she asked why you weren’t as happy as other students. You said nothing. That night, you played Need for Speed while listening to one of Eminem’s angry songs.

You would later leave the neighbourhood for a faraway university. You imagined that she did too. You were too heartbroken to find out. She was never around whenever you came home for break.

Six years down the line, you would bump into her on one of your visits to the house. You both talked and laughed. You finally decided to tell her how you felt about her but just about that time, she reached for her bag and produced a hard piece of paper, on which her wedding invitation was printed, and handed it to you. You swallowed back your words. She was getting married to the Boy-Next-door.

She made you promise to be there but you knew: on that day, you would be drinking your life away, wishing your mother had told you about love, earlier…

Chidi Arua is a 21-year-old famed procrastinator, who is guilty of looking older than his age. This annoys him. He was born and raised in Nigeria - as if he had any choice. He currently lives in Uyo, where he his also an undergraduate of civil engineering at the city's varsity - University of Uyo. Due to his love for writing, he writes a weekly football article that is published on the website of Nigeria's biggest football club, Enyimba (www.enyimbafc.net).

The Sore Skinned Traveler: Fiction by Siraj A. Sabuke