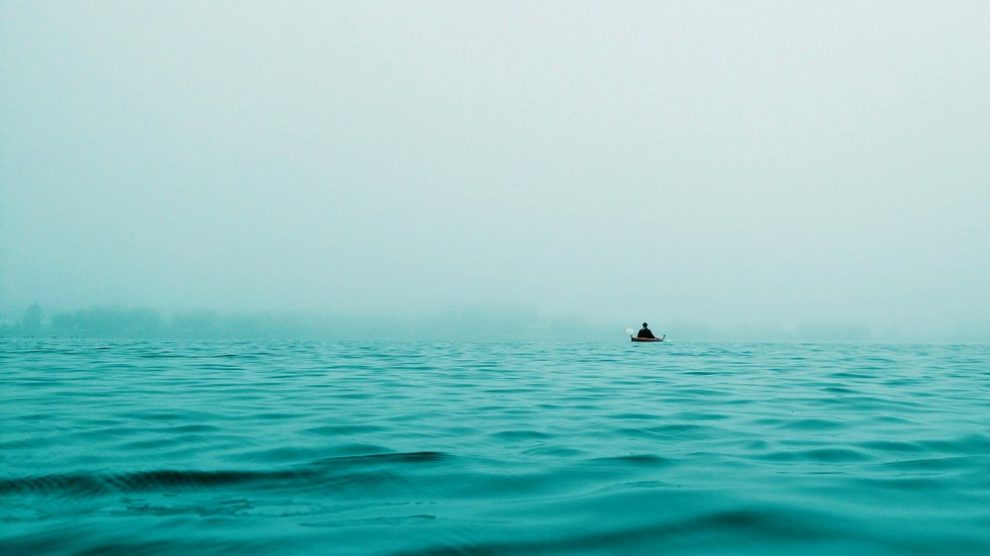 Once upon a harmattan night twelve years ago in New Bussa, before her death, my grandmother told us a story about a traveler who came to Borgu land hundreds of years ago. On seeing the traveler’s face and feet, one could tell that he had travelled far. There was no sign of thirst on his face because his muddy legs showed he came through or by the River Niger.

This strange traveler looked nothing like what they knew before. He looked sickly and pale. His skin was the colour of a sore wound, or of a cooked snail.

Many who saw him thought he was some water creature that had lost its skin.

Immediately, word got to the palace of Bussa Kina, the monarch of Bussa, who without wasting time, sent some warriors together with Ba Karabonde, the high priest, to bring the creature to the Fuin (Baobab) palace.

Like the coming of dawn, bit by bit, everybody gathered to see this creature whose skin was the colour of flesh and who could speak with his little mouth. The traveler had a way of speaking without opening his mouth wide.

At the palace, Bussa Kina tried to communicate with the traveler after Ba Karabonde had confirmed he was human. All effort to understand the traveler’s language was to no avail.

As the traveler spoke, it appeared that he was speaking not a single language. On noticing that, Bussa Kina ordered the palace guards to summon Ba Kurede (the most travelled man) who always boasted of speaking more than twenty languages. On his arrival, Ba Kurede told the Bussa monarch that the stranger came from a far away land over the sea. Ba Kurede spoke ten languages but the traveler could not reply any. Then Ba Kurede tried a few languages of the people living around the upper Niger areas. Like a woman who has seen her man come back from war, the traveler immediately replied.

“Who are you? Where are you from and what brought you to our land?” asked Ba Kurede.

The traveler happily responded to the questions he was asked.

Then the palace Ejede (physician) noticed that the man was ill. His complexion had prevented them from noticing that he was a dying man. The monarch asked Ejede to treat him. The traveler was nursed for two market days. After he regained his strength, he informed the King that he would continue his journey.

The people of Bussa grew fond of the traveler, especially children. The king also enjoyed his company. His vast knowledge through his travels made the palace love him. The hunger and thirst Borgu people had for new things made them all embrace the traveler.

A big boat was built for the traveler so he could continue his journey. He was given food enough to last him a month. He boarded his boat on the day of his departure and bade the Borgu people goodbye. Many wept as he sailed away.

Few days later, everybody still talked about the sore skinned traveler. Children began calling one another by his name. They had learnt to say a few words of his language, though they knew not what they meant. Before he left, he helped a woman dress her daughter as the women from his land dress. Since then, all mothers began dressing their daughters as the traveler showed them. Boys too began cutting their own clothes to fit the fashion of the traveler. Everything changed.

“Unless you speak the language of MUGO PAKA and dress like him, I will not listen to you,” girls would tease their lovers.

Photo by Noah Rosenfield on Unsplash

Siraj A. Sabuke lives in New Bussa, Nigeria. He has a great passion for poetry. He writes short stories and SUFI poems. He is influenced by many writers, especially Laura M. Kaminski who nurses his art of writing. Sabuke sees writing as a life that must be lived.

Sola Osofisan: Movements around the Unicorn

JKS Makokha
We use cookies to ensure that we give you the best experience on our website. If you continue to use this site we will assume that you are okay with it.Ok