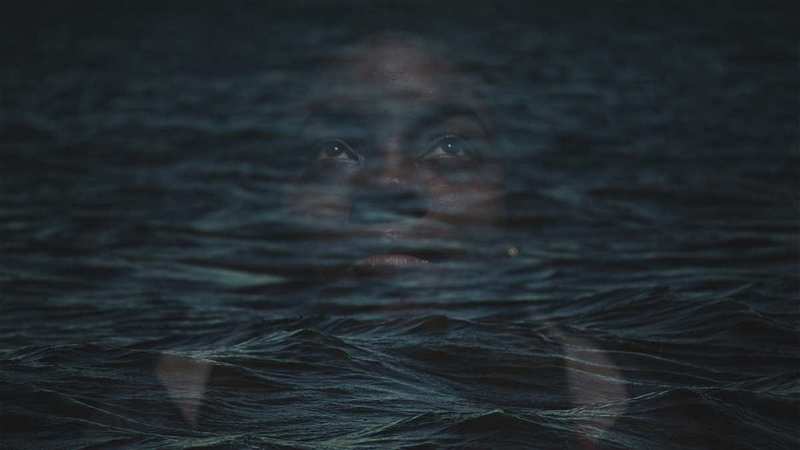 I ran into my ex-boyfriend the other day. Or rather he orchestrated running into me. It was not the exhilarating reunion that he hoped it would be. The sun did not delay its decent for even a second to witness this glorious reunification. The leaves did not rustle to the melodious rhythm of our synchronized hearts. The distant crescent moon was not interested in us either. Only one lonely bored star winked at us that evening. Perhaps that is why he suggested we should walk on the beach the next day. He grew up on another edge of this continent, but bathed by another sea. Perhaps he hoped this ocean would know him. Does he imagine that oceans gossip? I wondered silently.

We strolled along the sea shore the next evening. He held my hand. And gazed into my eyes. I squinted into the setting sun behind him. And wondered why he was in my town. I wondered why I was not glad that he was. I also wondered if the ice cream stand would still be open. Mother Nature did not wonder, however. The tide was low as if the waves dared not approach us. I think the moon warned them. The air was heavy with nonsense only human males can conjure up. And he did not disappoint. With a leer in his eyes he asked me to come back to him. He swore that he loved me. He said that he missed me. He said that I was beautiful. He said that I was the best thing that ever happened to him. He said and said. And said.

And I listened. With one ear. The other one had left this building that houses my soul. She visited the past where she used to meet his voice. There she remembered. Listening to the same man talk absolute smack! And she remembered wondering why she did not hear love in his voice any more. Only accusations. Insults. A litany of confessions of infidelities. She just listens. Only then does she return to the present. Both ears hear him say what they once longed to hear. Professions of love. Promises of devotions. Apologies and more apologies. I am looking at him. I would much rather watch the sun set. My eyes are tired and bored. My neck is kind and turns them towards the sea. My ears too would rather be caressed by the gentle waves. Than this laughable masquerade of a romance!

Seagulls are cooing. A naughty baby wave rushes with all its might to shove a giant rock out of its path. I watch as he is smashed into smithereens. An explosion of tiny diamonds framed by the setting sun. I sigh. I know another will soon try again. That is how nature is after all. Relentless.

Such a beautiful, peaceful scenery. But he is still talking. Then he stops. I turn and meet his eyes. They are expectant. He is expecting an answer. I did not quite catch the question. But I doubt if he brought me here to interrogate my knowledge of successful desalination projects in sub-Saharan Africa. I also doubt if that question has anything to do with how Sankara died. I think I can also safely bet that we are not here, so safely out of earshot, to discuss ex-Senegalese President Wade’s son’s corruption case in detail.

Having eliminated those three possibilities, I think I can safely conclude that this man has just proposed to me. I bite my lower lip to stop myself from laughing out loud. But I am such a bad liar. My eyes widen and twinkle. I guess it is the reaction he is hoping for. He boldly steps forward. And places his hands on my waist. Readying to draw me close for a kiss. Has been trying to do that since yesterday. To get past the invisible but highly charged, barbed wire I wear around him. I gently place my hands on his broad shoulders. And angle his body away from me. Towards the sea. And I point at a spot in the horizon. Right under the waning golden ball. Right where he that rules the daytime sky is planning to slip into his bath before he sleeps. There, I whisper. Right there.

I turn back to the sea. I have to finish my story. About the ship we sailed for 4 years. I have to tell him what happened to our beautiful vessel. The one he once captained so well. Until the end that is. We stand there. My eyes lost in the sea, his on me. I continue my tale. It sank fast, I tell him. It was too weighted with pain and disappointments. It went all the way to the bottom of the sea. 4 thousand knots below sea level. Then it began to rust. The salty sea water was not merciful at all. It stripped it of the lovely cobalt paint we had lovingly painted it. And dislodged the rubies and turquoise stones you had carved out intricate grooves for in the stern. Do you remember printing our deliriously happy faces on the giant canvas sails? I think the sharks ripped those apart.

I sigh. I cannot turn to look at him. But I know the look he is giving me right this moment. I know it all too well. He hates it when I talk like this. My mad woman talk he calls it. I continue anyway. Then the German divers found it. They were scavenging for treasure. They were excited. They thought it was a big find. They salvaged it using a bigger ship to pull it to the surface. That’s when they realised that it was worthless. It was just an empty husk. The glory had departed. You see, Love didn’t live there anymore. I pause to catch my breath. I did not realize how animated I was getting. I still don’t dare look at him.

They sold it for scrap ore to the Chinese. The Chinese buy anything. And eat anything too. But no, they did not eat it. Mainly because they could not. They did cook it though. Smelting, it’s called. They got tonnes of iron from that deal. They shipped it off to Beijing. They used it to make tiny razor blades. Three million, two hundred and sixty of them. Tiger brand they called them. They wrapped them up neatly in purple and blue paper. Then shipped them back to Africa. Where it all begun.

I abruptly turn to face him. His face is surprisingly calm. His eyes are angry narrow slits though. Do you know who buys those razor blades? I ask. He holds my gaze but does not acknowledge my question. The question is rhetorical. He would not know the answer even if it was a real question. Old women, I say. My voice is firm and louder. Yet another thing I know he hates. Old women, I repeat. With gnarled hands and black dirt under their finger nails. Do you know what they do with these blades? I ask. A look of disgust is spreading across his face. My raised voice infuriates him. He is doing that mouth twisting thing that West African men like to do. Mtcheew! I too sneer and continue even louder. They use the razor blades to cut off the clitorises of pre-pubescent girls. You finance the mutilation of children’s private parts. You are worse than a murderer! I sneer and spit into the sand beside me.

He suddenly lunges forward and shoves me away from him. I am very surprised to find myself hurtling through the air. I land plop! on my round African bottom on the soft wet sand. Now he is hovering over me, glaring with manic eyes. Where are those eyes that were so dewy with love a few minutes ago? You are mad! He bellows. You are demon possessed! He is literally foaming in the mouth. Saliva splutters when he yells. These are the little things I had forgotten about him.

Then he unexpectedly turns away from me. He violently kicks the sand into the air and stomps off, utterly enraged. He charges, fists clenched, in the direction he intended for us to walk together. I sit there and watch him. As he grows smaller and smaller. Like the tiny insecure bully of a boy that he really is. And all I can think is how glad I am that the ice cream stand down that route is closed at this time. No, he did not earn a treat today.

The sea sends a surprisingly warm rush of water to gently lap around me. As if to remind me that she is still there. I turn and smile at her. Just in time to catch the sun take his final dive into the water. I scoop the water with both hands and cool my flustered face. It tastes of salt and smells of the sea. It always will. The birds too have returned to their nests. Wherever is it that seagulls rest? The dusk light is perfect. I cannot see the moon but I know she is there. It is well. I am one with the world.

A dog barks in the distance and I remember I live among humans too. They do not follow the laws of nature. They do not kill from need. They kill from greed and wanton selfishness. It is time to go home. I get up and wring my wet skirt. But my eyes and cheeks are dry. There is nothing more important than that.

It was a day well spent. I was a heroine today. I slew a dragon from my past. Even Uber knows it. Why else did they send me such a beautiful white carriage? I sit at the back so he doesn’t notice me scoop my wet skirt around my waist. I don’t want to wet his chair. Take me home driver…Love is such tiring work. It even makes you do crazy on a Wednesday.

There are Ghosts Abroad in Fukushima: Poems by Toni Kan Onwordi