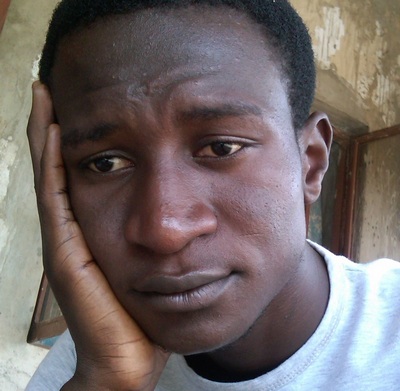 Wale Owoade interviews Saddiq M. Dzukogi, poet and author of Canvas and a new book, Sunbeams & Shadows (both poetry). Based in Minna, Nigeria, Dzukogi is working on a Bachelor’s Degree in Mass Communication at the Ahmadu Bello University, Zaria. He won the maiden ANA/Mazariyya Teen Authorship Prize for poetry in 2007.

Wale Owoade: I’ve always been curious what the name ‘Dzukogi’ means. Can you start by telling us what it means in your language? And also, what does the initial ‘M’ means in your names? 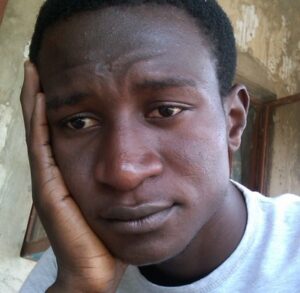 Saddiq M. Dzukogi: Dzukogi, spelt originally as zukogi, means Small Market. It is a name of an area in the ancient town of Bida, in Niger State where I come from. It was generally spelt Zukogi, not until my Dad introduced the ‘D’. ‘M’ is Mohammed. That’s my father’s name. Not all know him by that name.

Wale Owoade: As I thought, there is a history behind the name. So, who is Saddiq Mohammed Dzukogi?

Saddiq M. Dzukogi: A recluse, a poet who lives happily in the imagery of verses, the beauty of art, and the immortal bliss of abstractions. I am just the regular guy who doesn’t live the regular life of men. You can say I am a man who shies away from the light but loves seeing people in the light. I am a watcher, an observer of my environment; the beauty, the ugly side of it, the happiness, the sadness, and all those things inherent that makes it a full and balanced society.

Wale Owoade: Interesting! In the literary world, how does it feel to be associated with the name B.M. Dzukogi, the former Secretary General of the Association of Nigerian Authors who happens to be your father?

Saddiq M. Dzukogi: I see him as a father, he is a wonderful father. And that’s all (smiling). I have never thought it to be special to have a writer as a father because I don’t know how it feels to have a father that is not a writer (Laughs)

Wale Owoade: (laughs) should I say your exposure to writing from your father aided your creativity at an early age?

Saddiq M. Dzukogi: I won’t exactly say that. I am a writer because that is who I am. I think by any other father, I would still be that which I am ordained to be. But having him as a father exposes me to numerous opportunities. I will naturally find it easier because he is there to help. And I will continue, hopefully, from where he finally stops.

Wale Owoade: Who do you read?

Saddiq M. Dzukogi: I read my environment more than I read books. But I love the poetry of Ahmed Maiwada, Remi Raji, Sylvia Plath, Edgar Alan Poe. And I recently discovered Amu-Nnadi. I am ‘sexed’ by his poetry.

Wale Owoade: That reminds me of the saying ‘you are what you read’

Saddiq M. Dzukogi: (laughs) You can say that.

Wale Owoade: When exactly did you start writing?

Saddiq M. Dzukogi: I started out early. Since primary school. Primary six to be precise.

Wale Owoade: I gathered that your second book, ‘Canvas’, was first runner-up for the ANA Poetry prize in 2012. Any other laurels to talk about?

Saddiq M. Dzukogi: In 2010, my poem ‘little diamonds’ was adjudged ABU Zaria poem of the year by the Creative Writers’ club. I was the maiden winner of ANA/Mazariyya Teen Authorship Prize for poetry in 2007. (I’ve also) won numerous local poetry prizes in my secondary school days, prominently, ASCAFS (three times) and the National Museum and Monument Poetry Prize in 2005

It is not prizes that motivate me, but the opportunity to have a lot of people read my work. That’s the verve that pushes me on.

Wale Owoade: Wow! I can’t imagine how it feels to win awards as a teenager?

Saddiq M. Dzukogi: It is a lovely feeling. Nothing compares to it.

Wale Owoade: Your new collection, Sunbeams and Shadows, what is it about?

Saddiq M. Dzukogi: About life, the known and the unknown. I just wanted to document my experiences in verse. I thank ASUU for affording me the time and space to gather the collection. Oh! I thank the Federal government too, whose lack of immediate intervention ensured that I finished up the writing. (Laughing)

Wale Owoade: (laughs) I can’t wait to read that book. Did you notice it’s one of the top 10 books I planned to read before the end of the year?

Saddiq M. Dzukogi: Wow! I am humbled. I pray it doesn’t disappoint. Though they say when a writer has written, he wants to publish it, but when the dream starts growing into reality, he panics, trying to see if he has written the book well. But I am just happy that the book is out, and people will get to have a feel of me in the book. The best way to know a man is through what he has written.

Wale Owoade: (laughs) I know I won’t be disappointed

Saddiq M. Dzukogi: I hope so

Saddiq M. Dzukogi: Not really. About 80% of the poems were written in 2013. I rested in the whole of 2012 and was watching and experiencing.

Wale Owoade: So as a poet, how long does it take you to write a poem?

Saddiq M. Dzukogi: It depends on mood and the subject I am writing on. But between a day, a week, and sometimes months. It is getting harder by the day, but it takes time. It depends on how much time you can give the poem to fully mature. I hear some people brag about writing a poem for a whole year and so on, but I believe that if I give a poem the required time in a day, or a week, I should be able to draft it, incubate it, and conceive it. Conceive, draft, incubate and deliver it.

Wale Owoade: What are your views about the art of poetry in Nigeria?

Saddiq M. Dzukogi: People say it is a dying art. I get confused really, because I feel there are a lot of young men like myself craving for space up there. Guys that are really doing well. It depends on what one is looking for. If you are looking for hardcore poets that adorn themselves in the obscurity of metaphors, there is Gimba Kakanda, Paul Liam, to read. If it is lyricism and the flute of oral tradition, there is Rasaq Malik. If it is the punchy-high charge poetry, there is Chibuzor Okoraofor to read. Abdulmasi Samson is there too.

Wale Owoade: What message do you have for aspiring poets who want to be like you?

Saddiq M. Dzukogi: Love what you do with your pen. If you do, you will do it well. If you do it well, they will have to listen to you!

Wale Owoade: (clearing my throat) I heard that you are becoming a father soon, how true is that?

Saddiq M. Dzukogi: (Laughs) Na wa for una o. Where you hear? It is true sha.

Wale Owoade: Finally, who do you want to thank for their support in your literary career?

Saddiq M. Dzukogi: I want to thank my fathers: Remi Raji, Ahmed Maiwada, Odoh Diego, and B.M. Dzukogi for always being there to guide me. Special thanks goes to Unoma Azuah and Peter Umez. Not forgetting Alkasim Abdulkadir and Aminu Sheikh. I also thank my literary family, Richard Ali for being a good brother, Gimba Kakanda, Paul Liam, Tope Oyelade, Olawale Jimoh, Chibuzor Okoraofor. And so many more who I might have forgotten to mention. I owe it all to them.

Wale Owoade: I am very sure they are all proud of you.

Saddiq M. Dzukogi: I hope they are.

Wale Owoade: Thank you for your time Saddiq.

Saddiq M. Dzukogi: Thanks a lot. My pleasure.

Living With Mice: A Short Story by E. E. Sule

I Tried To Paint a Girl: Poems by Henry Ajah