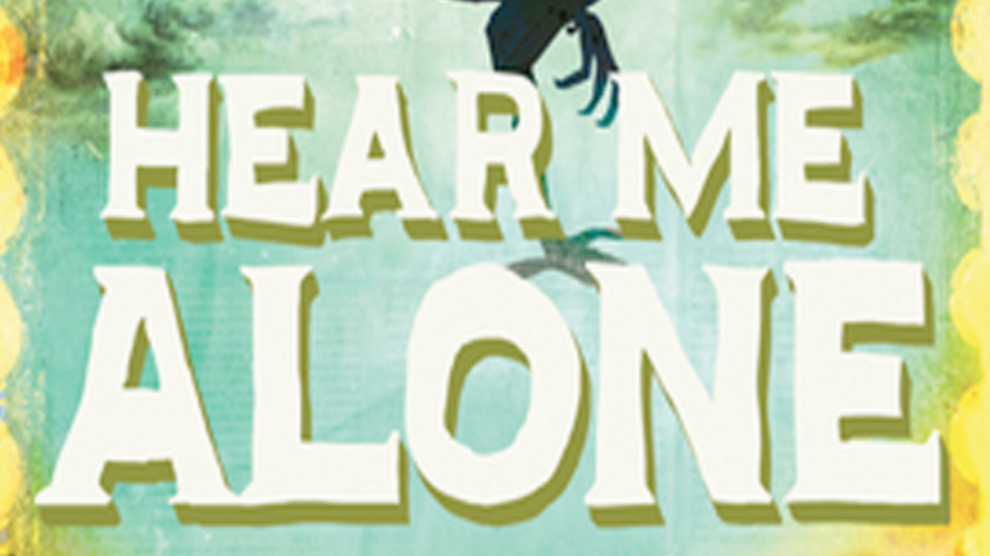 There’s a moment whenever you’re walking outside somewhere, say during your lunch break from wherever you spend your obligatory nine-to-five, when you catch a glimpse of your reflection. The surface type will determine whether it is a silhouette of your shape, or a glint of your face, or a full-frontal mirror reflection of every detail. Depending on the day you’re having you may like what you see or feel insecure about forgetting what your face looks like. Either way these surface shout-outs jolt your consciousness of self and make you reflect on the person and being that you are. Whether a fleeting ‘nice shoes’ or a lingering ‘who am I?’ seeing yourself out in the open, passing yourself even, is an experience that forces introspection. In the South African language Xhosa the word for self-consciousness is umvandedwa. Directly translated into the queen’s it becomes “a hear me alone”

One of the interesting observations on Here Me Alone, Thando Mgqolozana’s sophomore novel, is how he inserts his Xhosa culture into the writing. This makes an important statement towards representation – in the broader sense, not just in relation to his culture. The idea of seeing yourself in art, specifically in literature and particularly as an African is at the core of equality. Seemingly

it is a reference tenet in Mgqolozana’s personal agenda. He is infamous for his disruptive debut novel A Man Who’s Not A Man (2009) that held up a mirror to the anachronisms of the Xhosa right of passage into manhood. He is famous for openly shunning South Africa’s literary festivals seen as being white and non-inclusive to darker hued authors and their materials. The latter resulted in the birth of the Abantu Book Festival, which has had successful years of exhibiting black talent to black readers. Mgqolozana’s courage, radical shake-ups of the status quo and mission for representation drive the energy of Here Me Alone.

In Hear Me Alone the story of Mary and Joseph from the Good Book is given a different liveliness. The book extends on a portion of Luke’s epistolary gospel. In Hear Me Alone the scribe is Epher, a young man from Nazareth.  What was a weird love triangle between a woman, a ‘good’ man and a divinity in the original story becomes an even more peculiar four way between a good woman, a bad man, a divinity and Epher. In this version the virgin birth is tainted. Epher confesses in his letters that he is the father of the Lamb – Mgqolozana’s name for the baby Jesus character. A chance encounter with his crush one starry night leads to amorous congress with a distraught Bellewa Miriam (the Mary character). Earlier that day, Miriam had got the news that she had been traded to Joseph the woodwork merchant in that commercialisation of the woman in marriage transactions. She’d also been told by the angel Gabria of her imminent conception at the tender age of 13 years. Epher, a practicing surgeon awkwardly familiar with the gynaecological needs of the village women, comforts the freaked-out Miriam. The resulting pregnancy, having lost all sense of the pristine, forces Epher into exile in anticipation that Joseph will seek revenge.

Mgqolozana goes into brilliant detail in describing the scenes of a rural Nazareth. As a Xhosa reader though, you start to see that this Nazareth has hints of a humble village in the Eastern Cape in South Africa. Not specifically that geography, but the same rural essence. He localises in a subtle and elegant way the speech and manner of the characters, giving them not only a Xhosa feel but modern sensibilities on gender politics. The use of phrases like ‘you arrive at the heels of the wives’ (in Xhosa: ‘ufika ezithendeni zabafazi’) and ‘Say to cousin old eyes’ (in Xhosa: ‘yithi kumzala mehlo madala’) excites a knowing reader. Both have scant usage in the English versions but are daily bread in Xhosa. The direct translation of a Xhosa hymn makes you want to weep with recognition:

While the English has none of the rhythm of the Xhosa version, those that recognise the interpolation will hum right along with Epher’s grandmother:

Throughout his dilemma with the love of his life Bellewa Miriam, Epher laments on the brutality of a patriarchal system that treats women as tradeable property. Miriam’s father, the castrator (of cocks – by which is meant poultry) gets a whole catalogue of wooden furniture and furnishings on closing the marriage deal with Joseph the carpenter. Epher reflects that:

The true value of a woman was that she was a man’s wife which is also to say his property. The calibre of your manhood as determined by other men…depended on what type of woman you acquired or moulded in your backyard

His personal views sit counter to the stance of the time. In his commentary, he suggests that religion is the structural foundation on which male-centredness and male-domination is built.  In the book Mgqolozana uses the term ‘The Virgin’ to refer to God. In true Mgqolozana form, the meaning of the term ‘virginity’ is redirected away from its familiar biblical sense. The concept of virginity is subliminally challenged – as a virtue and yardstick by which all women are measured and as the weapon for the perversions that form around ownership and power over the rights of female bodies.

Hear Me Alone has multiple surfaces on which society is both silhouetted and reflected; from the politics of African custom versus Christian liturgy; to the class systems of old shepherds subservient to educated children; to the strange enlightenment of male gynaecologists. Epher himself encounters the dissonance that even liberal and progressive men face in the context of female self-determination and agency. The book has a sad but empowering ending. The refraction of themes that have systematically undermined the role and independence of African women shines a light right back at the male reader. You’re forced, in your own space and time and consciousness, to take the reflections of yourself in Mgqolozana’s book – the sweet and warm and nostalgic with the bitter and cold and cringeworthy of your species and your kind. The book leaves you to decide, on your own, what shoes fit and who you want to be in the greatest story ever told.

Uzor Maxim Uzoatu
We use cookies to ensure that we give you the best experience on our website. If you continue to use this site we will assume that you are okay with it.Ok