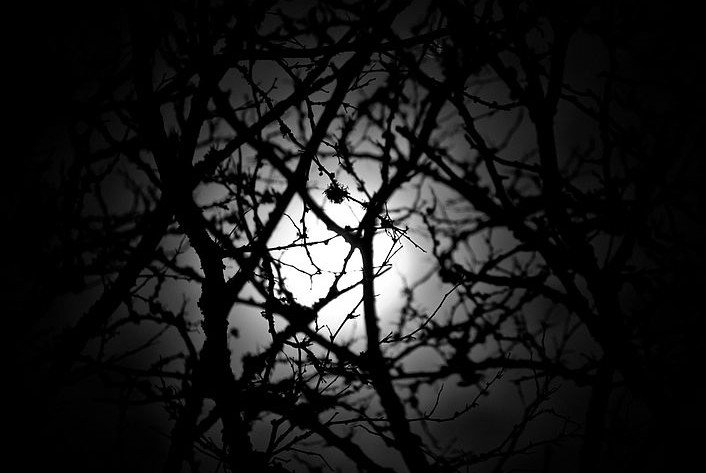 Sieve To The Reign: (An Almost Villanelle)

Under the gaze of a thunderstorm
The thorn-bush roofed hut is a sieve to rain;
The small man uses cock-sized metaphors.

An empty vessel becomes the oracle of wisdom,
A crown of clay that whispers false confidences against national foes
Of the king’s lengthy reign.

In a thunderstorm of metaphors, wisdom might fall as rain
A hailstorm; but no threat to the kingdom
The sly pony has become sovereign;

The phallus is a sceptre in this Sodom.
A smiling vampire’s become the kids’ guardian
Flutes overflow with blood champagne,

An empty vessel sings the national sacred songs,
These anthems right all kingly wrongs.
Their metaphors with emptiness ring

The trumpet of the blood harvest, the king’s dining.
Waiters – blood-stained, hungry and tired – serve in vain.
(The king’s belly is longer than his reign.)
The madman’s song they sing
The thorn-bush roofed hut is a sieve to rain

Profane Thoughts (on a Payday Train Ride to Work)

Above the tedious, littered and grubby platter of dirt
sprouting concrete mushrooms grey, black or granite
under the diamonds hanging beyond our reach
in the hollow blue canopy – that blinds heavens
from human envy, inanity and absurd banality
like a long-sufferingly cherished hymen,
sits an undying war leering at our mass-naivety.

Uncertain light of a hesitant dawn introduces us
from the unsolicited voice in a distant jungle
brought home by the train station horn hailers
it’s foul breath suggestive of virgins devoured
it’s eyes ever-gloating with countless victories
of the few against the multitude – the war ‘gainst war.

Islands of indifference, punctuated by the raging sea
of irrelevancy in the belly of this gliding worm, condense
their dreams in the aloof short distance – the hole-in-wall
between the nightmare of survival and the splendour of death
it shall be over in a short while in the black fields
of the slaveyard where men sleep-combat in a futile war

Here the masses heave, twist and spin – to the challenge –
malevolent caresses of slogans, pop-music and commercials
under the skillful hands of the puppeteer – and strings of exchange
the fire station has burnt down, clouds of hope dissipate
in the invisible glow of the rising sun of trade – straight on
trajectory – no dithers, the boa slithers into the heart of the war zone

by the by, an iron, steel and titanium ant  feeds on leftovers
under the mountain of surplus leaving behind more dregs on this tray
of clay, it farts clouds of efficiency, without decorum – such lack
of dignity, played and replayed for no audience. The dog
has broken into a butchery, and now longs for an abattoir
Adrenaline – the cup overfloweth! their war against themselves

Reflected on lead crystal – the rising window to hell, shouts reprisal
against profane thoughts and threats to the pieties and deities that run
the war and blind us to our strings, and the finger guiding the finger-puppets
that we chant praises to. Hell is empty, and demons power the sphere,
reward us they will (these fiends) with lip-balm for our lip service
and anoint our war blistered palms with the blood of dead presidents.

The moon has ovulated; the long night of sorrow has dawned
The rain-drops have precipitated; burst blisters of hope have solidified
In our nudity we are contented; in their surplus they are gratified
The war has been fought; the iron has been wrought – and formed
The multitude have clashed; the battle has been lost and won
Happy are the countless nude, to sew a suit for one

The pod-seams have split open and scattered seeds hurtle thru the savannahs,
the buds have been deflowered; black petals shrivel, crisped by the contemptuous sun.
Shadow warriors – dusky, light-footed like four-limbed spiders
adorned in bright pink blemishes – retreat before the jubilant ghosts, red and white scare-crows.

Plumes – prophetic insignia of stubborn realms aviate and deviate without doubt.
beyond the canopy of acacias, and below the carpet of sand, gods lark them on
with the skidding of stars across the flickering blind, and surges of wood upon metal
and metal upon flesh commanders lose their voices, with finality grown men embrace and scream.

Hear the tribal communal anticipation roar from the singing khaki blood-watered grass
as the  black and white bird – harbinger of a blood-feast – hums his archaic melody of victory.
In this labyrinth of warring masculinity, the skyline suddenly glows – neon orange ruddiness.
Bulawayo is burning – the chant changes “Uyash’ uBulaway’ uthi sha! ha!.”

Now on the wooded banks of Shangaan river, where our victories are but scratches
on the enemy’s broad back; where all of our futures frame, the heavens wept,
red, copper, amber tears, energising the black and white shields, like grass seeds
stirring to long gone glory-showers. There we sang the clumsy mime of inferiority.

The vultures – defeated, not comprehending – in the bloodbath unknown to the sceptred
isle of superiority, laid a stone to Major General Allan Wilson and the brave dead
We – caught in the by-the-banks-of Shangaan-temperament – couldn’t sing the praises
Of Major General Fuyane – who commanded the heavens and it rained – spears inescapable

They knelt down and the king vanished – lost we are, in the battle of cataloguing
The flowers have bloomed but petals refuse to fall on the bloody banks of Shangaan river
where heroes lie unsung. * The bird of war chants “Bantwana! Bantwana,” the dead hum “Ma!”
she recites “Wozan’ ekhaya”, they purr “Siyesaba”. This is the tale of dead, dead beyond death!

The living crouch, in sweet surrender to the determined assault of freedom to belong,
Of singing at parties what songs their fathers sang as funeral dirges – grandmother said
We can’t shit on what other people use as principal diets nor pluck the petals of the fruit tree
the tale of a few soldiers – plucked  flowers – not the tale of petals running scattered on the savannahs.

*“Bantwana! Bantwana” (Children, oh my children)
Ma (Mother)
Wozan’ ekhaya (Please come home)
Siyesaba (We are scared)
Lesabani (What is it you fear)
Izilwane (Lions)
Kade zaphela zathi du (They all vanished and are extinct) – Ndebele children’s rhyme and game
*Uyas’ uBulaway’ uthi sha….(Bulawayo is burning to the ground)

Anele Mkhwananzi, born 26 January 1978, is a Zimbabwean writer. At best he likes to consider himself a tangled mess of pain, schizophrenia in the midst of drippings of happiness. Anele is inspired by African writers like Wole Soyinka, Dambudzo Marechera and Yvonne Vera, metaphysical poets and contemporary African-American poets such as Maya Angelou, Amiri Baraka among others.

Nnedi Okorafor: I just have stories to tell…

Her Eyes: A Short Story by Sandra A. Mushi

Circus of the Absurd: A Review by Uzor Maxim Uzoatu