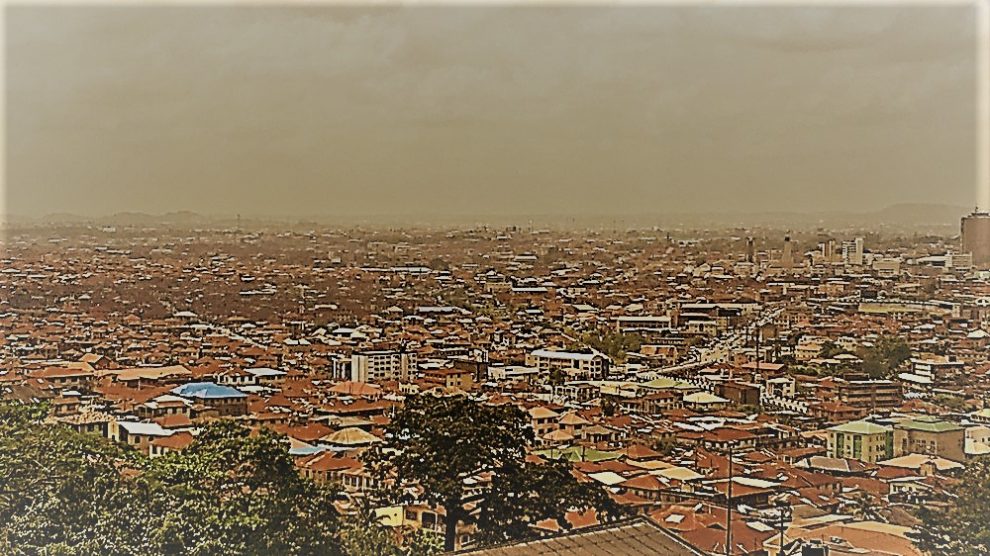 Ishola omo Aderohunmu, why are you pushing me to raging flames with your words?

Maybe you have not heard about that fool who accidentally disrobed an egungun when this city was still a hamlet. The unmasked egungun, the revealed Ara Orun was then mocked by women and children in an open marketplace full of people! Our people say if a woman looks at Oro, Oro will carry her. That was why the Alaafin of Oyo – the reigning king of that time – commanded the destruction of Eba Odan. I’m sure you must be wondering how I got to know this. It’s Google, dude, I’ve been learning as much as I can about this city.

It is the wisdom gained from other people’s experiences that restrains us from calling old folks ‘mad’.

This is my sixth month in Ibadan. This is just the beginning of my life! My brother, I have a bright future in this city! So don’t take me for a fool. You’ve heard what happened to me, and you want me to act fast and fight for my dignity; you want me to be a bit more assertive, to act like a real Yoruba man.

Indeed, I don’t think you know what it means to be a Yoruba man. If you had seen me that evening – with my faded blue boxer shorts and hairy thin legs and the singlet that was once pure white, smelling of locust bean – if you had seen the glamour I was up against, you would have praised me for being an akinkanju.

The Ibadan of the past – that hamlet of rebels – would have been gone forever if Lagelu and his followers had not taken thought of their inadequacies in the face of battle and escaped the fiery judgement of the Alaafin. They had to flee to a nearby hill to survive on oro and igbin; later they were able to cultivate some millet and corn to make pap. Our people say an akinkanju is praised for knowing when to fight and when to run.

Ibadan is a city today because Lagelu knew when to fight and when to run. A child who is yet to take control of a sword should not ask for the cause of his father’s death.

A few weeks ago Chief Amuda – with skin the colour of amala, and fat lips – was, as far as I was concerned, just a big man in agbada and fila, cutting tapes to commission one thing or the other, giving cliché speeches behind lecterns having the seal of the state government.

I’ve come to know the face very well. You can never miss his framed pictures on the walls of government offices. You will even see the picture in banks; you will see his name under the photograph: His Excellency Chief Jamiu Korede Amuda, Governor of Oyo State.

Certainly there are those few who would stand by the roadside and watch like a hawk, for the police, or for those who have been known as regulars, who would shake hands with them and walk away with that wrap of igbo. You would never see the money or the wrap; all you would see is a handshake.

No one just stands by the roadside. That memorable evening was not my first time; and it would not be my last, so why do you expect me to make a mountain out of a molehill?

We – me and my favourite girl – were standing by the roadside so that Tosin could get a taxi to Iwo Road. Tosin – in her white short-sleeved shirt, black knee-length skirt, and heels – was a stunner as usual that evening. You know what that girl would do to men when her legs are seen in all their glory! I wanted her to spend the night with me but she said she wanted to go home to be able to attend a vigil – from nine until dawn – at a church on her street, so I agreed with her because we really needed the prayers. Good things need prayers to abide, bad things need prayers for change. As far as I was concerned, in that fantasy universe that was so real to me at that point, ours was a good thing.

I was surprised when His Excellency’s convoy of new black cars with tinted windows slowed down near us and parked by the roadside.

While I was still wondering what could be the reason for the unexpected stop, His Excellency came down from the car, walked towards us, ignored me like an angry man would ignore the performance of a clown with a red nose and painted face, and stretched his hand to greet Tosin with a smile.

“I’m Jamiu,” he said as if she could possibly not know his name.

“Tosin. That’s a sweet name. Where are you headed?” the Governor asked with a wink, in the manner of a man who could confidently take a woman to a mall and ask her to buy anything she wants without being bothered by the possibility of unbridled choices. “Such a beautiful complexion should not be spoiled by the sun.”

“There is no sun in the sky,” I said curtly. But no one seemed to care.

His Excellency was now very close to my treasured lady, as if a movie director is about to take a two-shot close up of the two; he placed his hand around her waist and got no hint of resistance. “You live around these parts?”

“No sir,” Tosin said with a pouty smile. “I came to see my brother. I’m just waiting for a taxi to get me to Iwo Road.”

Chief didn’t even bother to look at Tosin’s brother. “Iwo Road? I will take you there, if you don’t mind,” he said. “In fact, I will get you to your house or wherever it is you plan to go.”

I’ve never been a pessimist; to be sincere, I believed so much in our love. I would never have imagined Tosin would ever speak of me as she did when His Excellency made his intentions known with words and body language; I could not have imagined my favourite girl would do something like that.

I had great plans for this woman. I may not be rich, but isn’t it true thoughts count more than deeds in matters of love? One could do so much without putting one’s heart in it. I was with this woman, heart and soul. I was the one planning a wedding with this lady. I had painted pictures in my heart; I had told more than a dozen people about our plans to take our love to the next level.

I was at her house in the evening; I mean the place where we had spent time together, listening to music, reminiscing on our campus years, talking about our future, sharing meals and kisses and warmth; when I got there hoping to find her…she was gone. She was already with a man who could channel some money to change her fantasies to reality in a few hours, and had done just that.

I had to bear the hurt for days. For weeks. I had to stomach the humiliation for a while.

Look, it’s not about knowing Ibadan, there is a lot you can deduce from your interactions with people; what is essential is a bird’s eye view; you have to know Layipo too. I think your work as a filmmaker has coloured your perception so much that you find it hard to get a firm grasp on reality. You see love with the eyes of those young boys with their cheesy love songs about “catching grenades for you” and “dying on top of the matter” and “not loving Ferrari or designer but only my love.”

That must be the reason for your push, your encouragement, your anger, your persistent motivation: I love this girl; I have to let the bastard know he can’t just go about snatching other people’s girlfriend.

Hello Aderohunmu! She was a girlfriend! Not wife! He didn’t force her. I have no advantage whatsoever, and your anger is as impotent as mine.

I was a young man who would take my dearly beloved woman to that shack restaurant at Ojuirin Bodija, we would sit on rickety wooden tables, and shout our orders like other hungry customers. We would swat flies with one hand and work on our amala and gbegiri with the other; we would fan ourselves with old newspapers. We would cross the road to Bodija market, buy our meat in the smelly abattoir at Kara where sellers would touch the meat with the same hands they had used to wipe mucus from their noses; we would buy our foodstuff from women who would curse your mother’s thing if you annoy them with your inconsiderate bargain.

I hope you know there are malls in this city, air conditioned, spacious, appealing; one could take a picture in the malls and post it on Facebook to build the false impression of being in the US, Europe or South Africa. Are you following Tosin on Instagram? You need to follow her on Instagram.

I still live in a room with torn dusty nets, a place where rats, roaches and mosquitoes move about freely, as in a dust bin. You need to be here when it rains; I’d have to run to the kitchen for bowls; I’d need four to keep the floor of my room from getting wet. I share a kitchen with three other tenants, a kitchen with walls blackened by smoke; and the toilets stink so much that Tosin vomited the first time she entered it. To face facts, in terms of comfort, what do I really have to offer this beautiful woman?

I hope you know Chief is running for second term? Even if Ibadan is not my final destination I think it is better to stand by the roadside too, to accept free rides that providence brings, like politicians, changing their parties every four years, shamed as political prostitutes but shameless about the whole thing. I’ve been learning a lot from them!

I could utilize the opportunity presented by Tosin’s opportunistic closeness to the Governor. It would not cost Chief anything to help Tosin’s brother with a contract, an appointment, something for the boy to start something. I sent Tosin a message on Facebook. She would know I am not as angry as she thinks, she could put in a good word for me. Who knows what could happen?

Ibadan, the house of Oluyole, where the thief could be justified by eloquence: “Why did you place this treasure where it could be stolen?”

Aderohunmu, I would rather leave chief alone; I would rather not pretend that I have a power I really don’t have. I have fused Lagelu’s experience of this city’s beginning to the resources at my disposal. I have decided to be at peace with the big man at Eba Odan, so that I can rohunmu in Ibadan.

Oma: The Lover I Became

Born To Run: A Short Story by Wumi Raji

The Sky is a Spy: Poems by Adeola Ikuomola

Adeola Ikuomola
We use cookies to ensure that we give you the best experience on our website. If you continue to use this site we will assume that you are okay with it.Ok