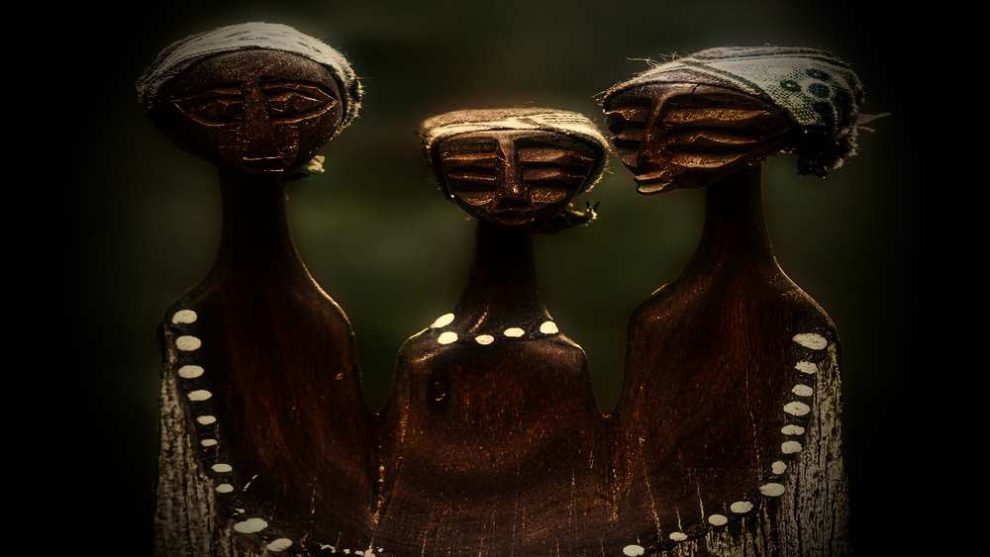 When Mama was not in the kitchen cooking with Nene, Egodi and me, whispering orders to us, she was seen taking short, light steps around the house and begging my younger sisters to stay quiet. When she stood before Papa, talking to him, she talked as though she tasted her words the same way she tasted our meals for too much salt and pepper with a face often tilted away against his accustomed backhand slap. Because girls did not matter, she did not have that loud, ringing, secure voice of most mothers who were said to be ‘complete’. We knew. Mama knew that we knew because neither Papa nor Grandmama did as much to hide it. They smeared it on Mama’s face at every chance and rubbed it into our young, supple skin like shear butter that we grew up glowing with it.

So that damp evening when Aunty Sarah called from the hospital to say that Mama had been delivered of a baby, we did not start to jump about the way most girls did when they heard that sort of thing. We just sat at the dining table, munching our food silently and listening to some formless humming from the radio. The thought of Mama facing Papa with “that thing in her hands” sheeted beads of sweat across my face. Papa who felt emasculated by Mama’s inability to have a son. Papa who Grandmama said to stop casting precious seeds on sterile soil when she knew a girl or two from the village who could have sons for him. These girls, she had said, were from families of all boys and had eggs that made only sons inside of them. The first time Grandmama said that, I had found myself imagining our small compound at the village seething with young girls and she sitting under our mango tree with eyes darting this way and that for the girl with the finest of male eggs.

“They will keep coming.” Nene suddenly said, rising and shoving her chair.

“What will keep coming?” Egodi asked.

Nene glared at her, reaching for her glass of water and lifting it halfway to her mouth the way Papa did when one of us said something he thought stupid at the table. “More girls, of course. Until they start to value us.” With that she drained her glass and started to the kitchen.

There was another lapse of silence settled at the table as the rest of us drank from the robust wine of our thoughts so that only the rustling of leaves and tweeting birds from the backyard interfered. “Maybe,” I said for the sake of something to say, “Mama will give Papa a male child next time.”

Egodi glared at me, tossing her spoon down. Her eyes had their strangely familiar far-off look and I thought that I hadn’t seen that charm of most seventeen year olds who were said to be ripening fast like the udala fruit in them. “You don’t know anything, you this Nwakego.” She said and my younger sisters started to laugh. “Why didn’t you say it the other way round? What about Papa giving her a male child? Gbo? I am asking you?” She paused, as though she was not going to say any other thing, then she said, “Next time. That’s even a stupid thing to say. Is it not because there is nothing else for Mama to do in this world rather than to make babies?”

“More baby girls.” Nene said dramatically, sweeping into the living room. She walked over to the television set, a wry smile playing on her lips as she turned it on. “To think that she still tried after almost losing her life from the last miscarriage is very alarming.” She shook her head, hitting the television to steady its dancing picture.

“Are you people saying that it’s okay for Mama to just stop trying?” I asked.

“You are only a child.” Nene said. The way she said it, one would think an extra year had been added to the two years that separated us or that perhaps she had suddenly become the eldest of us all. “Maybe. Maybe not. I can’t give an answer to that sha, but girls would keep coming.” I could hear a tinge of something in her voice. Something we all sadly shared.

Papa did not return to the house that day. Or the next. He returned the day after with a girl caught somewhere between the ages of eighteen to nineteen, clinging to his arm, smelling of fufu mingled with stale sweat and something else that I couldn’t put my hands on. “Listen,” he said after we had all mumbled a confused word of greetings to him, “Here’s your new mother. She’s here to have baby brothers for you.” He looked at her and smiled. “Her name is Nwangbo. You will like her. Make her comortable.”

“Yes, comfortable.” He said brashly. Then, he took a few tentative steps as if wondering which room to take Nwangbo who was smiling and tugging her faded black dress before strutting out of the living room. Neither Nene, Egodi nor me said a word about it when they left.We all found something to distract our minds from Papa’s cackle that rang out occasionally.

I did not know whether to touch the baby or not when Mama arrived in the evening. It was wrapped in a white shawl and Aunty Sarah carried her in a manner of sacrifice. Something about the soft noise it made seemed okay and yet not so okay. Mama took limping steps into the living room, wincing as she sank into the sofa by the hallway. Her eyes were sunken and I wanted to reach for her face, cup it in my hands and assure her of things I wasn’t even sure of. “Papa brought a girl into the house.” I said instead, turning away my face from Egodi and Nene. I didn’t want them to give me their usual look that could kill. “She is going to know anyway.” I said, shrugging.Mama burst into a long, mirthless laughter so that her body shook and tears came out of her eyes. “What girl?” she asked. “So, he finally brought some cheap thing into this house?” She sprang up, eyes flashing like a hunter’s torchlight as she undid her scarf, tying it to her waist. “Where is he? Where?” She hurried to the kitchen and I thought she had lost her mind since Papa couldn’t be in the kitchen, but when she reappeared with a pestle, I started to cry. I hadn’t seen Mama lift a spoon much less a pestle at anything. My eyes swept to my sister in Aunty’ arms, a surge of emotion overwhelming me. She was so sweet to look at, smooth like tomato, the kind Mama called ‘tomato Jos’. I imagined that I could steal her away into the freezer, deep down, away from the mayhem. It didn’t deserve such welcoming.

As we ran after Mama, Aunty begging, saying something about leaving the fight for God, the door opened. But Mama did not look. Perhaps she did not want to. She just swung the pestle in the air. Then, power went out and our refrigerator started to tremble as if to mock the female figure writhing on the floor.

Ominivert. Witty. One-woman chariot of contingencies. She writes because life abounds in stories begging to be told.

Splendid! An Excerpt by Mobolaji Adenubi

Noble Ones Are Yet to Be Born: A Poem by Stephen Charles Kenechukwu

Gone with the Night: A Short Story by Isaac Attah Ogezi