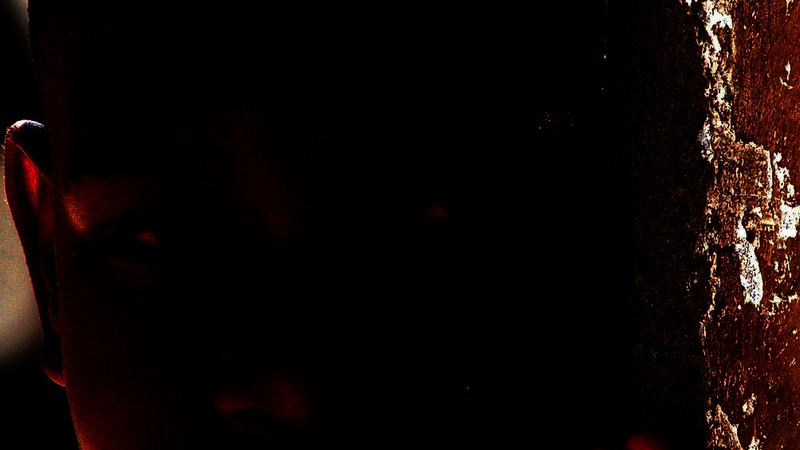 Yakubu watched with keen interest as Baba slowly poured the tea from his small blue kettle into the tiny cup. He had seen Baba prepare his stimulant several times and admired the art. Baba would not speak until he had finished the tea, then he would speak in low whispers; he was a man of very few but very wise words. Yakubu had been coming to see Baba for a long time. He visited the old man in his secluded hut any time he had problems or was in need of advice. Baba was still one of the few people who called him by his real name; his friends called him “Jarumi” and for good reason too. He had been given the name by Amina, his first love, and somehow it had spread and stuck.

Yakubu ran away from home when he was just twelve, two years after he had lost his father, a soldier, to insurgents on the battle field. His mother had remarried an abusive man who would beat him and his mother at the slightest provocation. His twelve year old mind at the time did not understand why his mother had to remarry or live with the ‘animal’ and so he left to begin his life of adventure. He survived by helping people with their menial jobs; polishing shoes, taking out the trash, cleaning homes and doing laundry. It was on one of his jobs that he first saw Amina. She was light-skinned, slim and beautiful but scars on her body and arms stood out; she had a faint red mark across her face. He tried speaking to her but each time she just ran away. He didn’t understand why she had the scars or why she behaved so weirdly, but when he returned to help on their farms on another occasion he was shocked to see Amina screaming, with two able-bodied men holding her on either side and an ‘Imam’ reciting Quranic verses over her. Amina was nothing like her usual self. She kept struggling with the two men, showing strength he could have sworn she did not possess. She was struggling, pointing at Mallam Bello her father, screaming;

“Leave me to kill him, let me kill him”

He stood there, rooted to the spot, shocked at what he was seeing. He asked her sister, Jumai, what the problem was and she explained that a terrible ‘jinn’ had possessed her sister and when the spirit within got angry, it made her violent and she had been trying to kill her father. After a while, the Imam asked two other men with whips to flog the ‘jinn’ and for another fifteen minutes they beat Amina until she became calm again. What surprised Yakubu most was that she did not remember any of this after her psychotic breaks.

He had heard of the ‘aljanu’ before, spirit beings which were different from angels that possessed people and made them do either good things or bad things. He had heard tales of how they made people rich or some as evil as destroying families, but he had not heard of the violent spiritual battle it took to expel them and so he kept going to Amina’s house, hoping to talk to her or watch her jinn go into a fit again. He tried but as usual she did not give him a chance and what surprised him more was how everyone seemed to be avoiding Amina; even her mother hardly spoke to her. She was a child left alone with little love and was almost always at the backyard either playing with the chickens or playing ‘ayo’ alone because no one would play it her.

After trying for about a month, Yakubu got tired and continued his struggle until things took a good turn for him when a man took him in a few months later. His name was Bayo, a medical practitioner in his forties. He had been sitting outside the airport in Abuja, bored and tired. It was one of those days when nothing was going well; he had been helping travelers with their luggage but the tips were not coming and the few who were tipping were squeezing out the change grudgingly. So far, the money he had made would not even be enough to pay for transportion back into town where he was squatting with his friend.

He had taken the luggage of a man who was not the usual cranky passenger. Bayo was friendly and was genuinely interested in why Yakubu was doing the job, asking questions about his family and if he was in school. Yakubu told him about his life, his abusive stepfather and how he had not been able to afford fees and how the daily bread was his primary concern. He had opened up to the doctor, hoping for a big tip and it was surprising when Bayo offered to pay his fees and put him back in school, and asked him to join him in his cab.

Bayo lived in Guarimpa Estate and Yakubu was surprised that he lived alone, and even more surprising, he was still single, but a new girl came to the house every weekend. Yakubu was also surprised that the doctor smoked and enjoyed his drink. He had thought that smoking was for boys like himself who were pushed to smoking by life itself, the sour life which millions in the country had to live while billions of dollars were being pilfered by a few in government. He did not approve of drinking, however, because of his Muslim background, although he could not remember the last time he had knelt to pray. Bayo would drink and sometimes unleash his tongue, talking about the hygiene of a girl who had just left his house, how greedy Amaka was, or sometimes talk about his work. That was how he discovered that Bayo was no ordinary doctor; he was a psychiatrist treating people with mental difficulties.

Bayo had almost drunk his ‘red label’ halfway one Saturday evening when he called Yakubu and started talking about a patient of his who had lost her second child in a row and how it had affected her mind. He explained how she would suffer psychotic breaks from time to time almost like she was possessed. He described her fits and how she would threaten to kill her husband. Yakubu’s mind went back to Amina and it struck him that the reason the imam had been unable to expel her jinn could be because she probably wasn’t really possessed but suffering from a similar condition as Bayo’s patient. The next day, after Bayo had sobered up, Yakubu told him about Amina and he promised to follow him to her house to see if he could help her. They got there on Tuesday and after much persuasion, her parents allowed Bayo to see her.

Amina got help and with time the psychotic breaks reduced and eventually stopped. She had started speaking to Yakubu and he found out that she had been involved in an accident that led to physical injuries had the mental issues. Yakubu thought It was sad what she had been made to go through; the beatings and emotional torture had only made her condition worse. She kept seeing Yakubu, her ‘Jarumi’ and although she was shy, it was a sweet relationship. It seemed they were made for each other but things took a turn for the worse when one day, her father dragged her to Bayo’s where she had been seeing Yakubu and warned both him and the doctor to leave his daughter alone or he would have them both arrested. It would be the last he saw of her because shortly after that their family moved.

Baba had been the father Yakubu never had even when he lived on the streets. It was him who had talked to the boy about life. Baba did not have money or a family, but he was content in every sense of the word; he was always happy. He was an unlikely role model for Yakubu and it was to Baba he went when Amina’s departure broke his heart. As he watched Baba finish his tea, he knew the old man’s few wise words would help him heal.