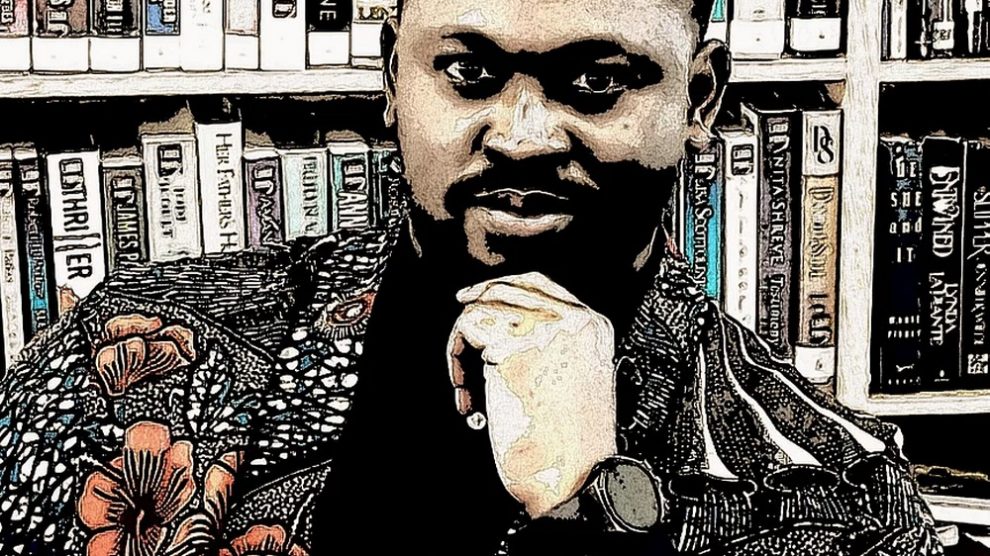 Echezonachukwu Nduka’s Chrysanthemums for Wide-eyed Ghosts offers a series of personal recollections, many of them inspired by death and loss, but also by the capacity of memory to preserve and restore. It would seem that it is not time’s passage but its very scope that shapes much of the poetry in this collection. If time is the space between the beginning and the end, where does it begin, where does it end? 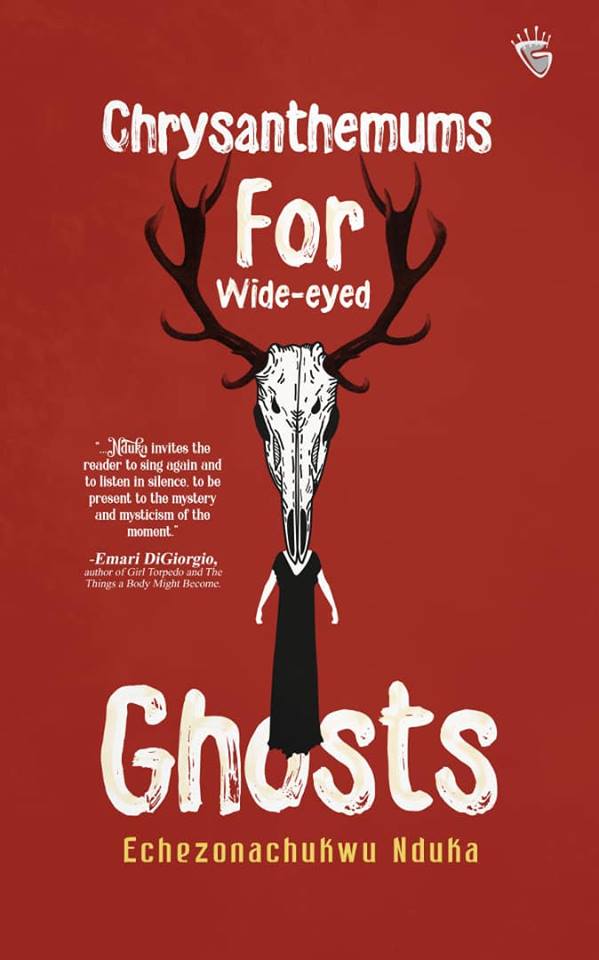 The volume fittingly opens with “Initiation” which explores the idea of art as a divine mandate, at once underlining the connection between life as we know it and the afterlife. The imagery is familiar: it is a rite of passage, a tribute to ancient African wisdom. As the belief goes, one who embarks on any journey of note must first seek guidance from the gods. Oddly, though, it is Mozart, and not the sound of African drums, that sanctions this ritual, that permeates the scene: “Requiem in D minor filled the room.”

This conflict between Western and African aesthetics forms an important subtext, but it also attempts to resolve itself by searching for balance. In the text, this finds expression in the meeting of the young and the old, in the loss of tradition, and our society’s inability to recover it or make sense of it. As we find in the poem “Inside the Old Room,” there is a deliberateness to this search—and some futility. Here, a young person wanders in their grandfather’s room—where instead of clarity, they find “dust on the desk;” a diary “filled with names / of people I do not know;” and a “radio left to mourn the sting of departures.” The room is old and abandoned. Though it bears marks of its former owner’s wisdom, it holds little that the speaker can still access.

There is a lot of music in the collection. Sometimes, it is in the sequence of repeated sounds: “But who calls kubulor king drunk?”—as we find in the slow-paced, but playful, poem “Zakk’s Lager.” Other times, it is the tolling of church bells—which the poet identifies as his muse in “My Sin on a Sunday Morning.” Yet, mostly music takes a more legible form—as quotes drawn from hymns, old Western classics, hip-hop and some other contemporary genres. The poet thus blends poetry with music, perhaps to affirm the age-old truth that poetry first found an outlet in humans through songs. Nduka bolsters this by equally invoking such canonical voices as Pablo Neruda and Christopher Okigbo, but also some more contemporary poets like Dami Ajayi.

There is much to be learned about grief in this collection—how loss is both an absence and a presence; and how music aspires to heal (or at least numb) the pain of loss. Why should we desire to preserve memories that speak of pain and death? The imagery of night and darkness pervades the text—and it may well be a call to grieving persons to look to the night for comfort: the night that is a symbol both of terror and rest. As the poet puts it, “Night comes with a poem / as a torch for its darkness.” Also, if grief is darkness, then light is what we wear to mask it. Put differently, it is through grief that all of humanity dissolves into one. The poet pursues this idea in “Mask” where “Days are normal” but nights harbor grave secrets.

Nduka’s collection is an impressive debut. Published in 2018 by Griots Lounge, a relatively new Nigerian imprint, it is a testament to a continent’s persistence in the face of myriad challenges in literary publishing. Chrysanthemums is a noteworthy addition to the voices of a rapidly growing number of younger writers currently remapping the trajectory of African writing.

Naza Amaeze Okoli is a PhD student and Teaching Assistant in the Department of English at the University of Mississippi. He is co-editor of Footmarks: Poems on One Hundred Years of Nigeria’s Nationhood. He tweets @nazaokoli.

When the Balance Is Restored: by Henry Chukwuemeka Onyema

The Woman on my Street: Poems by Amina Dauda Oseme

Kofi Antwi: before the gods emerged