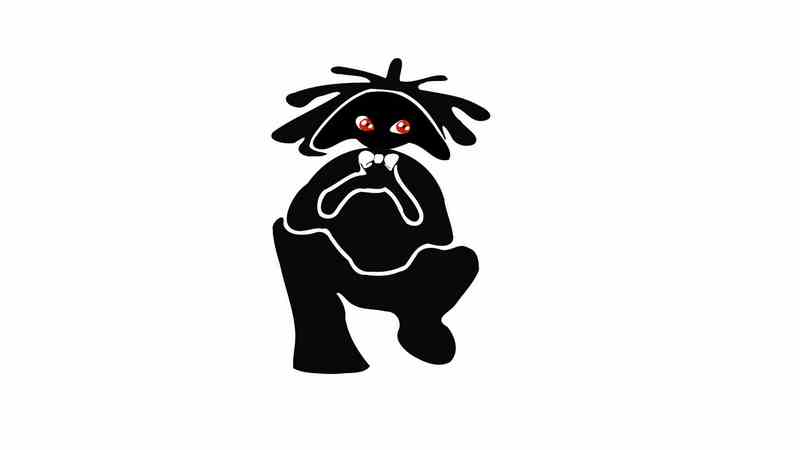 The hair. The man said the child’s hair was the problem. It had to be cut. The woman, unsure whether to disbelieve the rumours about the hair and cling to her Christianity, initially said no. And so, they spent days and nights arguing over the hair, until the woman gave in.

The man said they should have a salaka. Kill a fowl or two to appease the spirits of the hair. Gather children. Mumble some prayers. Cut the hair and feed the children to a pot of jollof rice, with bottles of fanta and coke to wash down the food, and biscuits and sweets to sweeten the mouth. And the spirits would be just fine.

The woman said a blatant no. Her brand of Christianity did not tolerate such fetish thing, did not believe that spirits were hovering around the child and the hair. What did they benefit from such petty thing as hair? Who were they even, and what right did they have over the life of her child?

The man later agreed to have the child’s hair cut her Christian way. After all, the woman had first consented to the cutting of the hair. They would do it at St. Thomas Aquinas Catholic Church, Awka; their parish, where the woman was in the choir and the Legion of Mary, and the man was just a Sunday-Sunday man. They would do it after the 9.30am mass on Sunday. Their parish priest was happy. The president of her Legion of Mary who had been nudging her to “shave” the child’s hair hugged the woman when she broke the news. Finally, she said smiling, finally.

Soon, it was the long-awaited Sunday. The woman dressed in her blue and white Catholic Women’s Organization (CWO) uniform. The man wore a white t-shirt and faded jeans. She tried to convince him to wear something else, something more reflective of their situation. Why don’t you wear something traditional? He started humming a formless tune and went into the parlour and she had no other option than to keep her peace. The priest had said to come with a “clean heart” so that God may be disposed towards them.

The old woman who lived next door and called the woman ‘neighbour’ had said not to cut the hair. She had called it something. Dada. She explained that children whose hair naturally matted into locks had connections to the spirit world and no matter how you tried to comb the hair or cut it, the hair would still stubbornly grow like that. She feared, the old woman said, she gravely feared something sinister would happen if they cut the hair. The woman nodded quietly as the old woman explained. But later, when she was alone with her husband, she made a face and said, that old woman is superstitious.

Soon, they were at mass – the woman, the man, the child. They followed the sluggish liturgy absent-mindedly: the priest singing and dancing through his sermon in the characteristic way of the modern Catholicism that tried to reinvent itself; the choir tuning the woman’s favourite song, ‘Somtochukwu’ while people marched (or danced) to throw slim envelopes into big baskets that stood gallantly before the altar. They watched and stood and sat and knelt and opened mouths and closed and let their minds wander to the hair, until the mass came to a conclusive end.

Soon, they were standing outside the church, just beside the church’s entrance, waiting for the priest. The woman brought out the Goya olive oil from her red handbag and the miraculous medal the priest had asked her to buy. The priest came laughing and hugging, with a transparent bottle of holy water in his left hand and a pair of scissors in the right one. He touched the child’s hair. The child flinched back in what looked like horror and screamed, and the woman tried to hush the child, forcing a smile.

When the child quieted, the priest smiled an empty smile and started reciting some prayers. Our Father… Hail Mary… Glory be to the Father… As he concluded the prayers, he declared, “this child is the son of the most high and nothing evil shall befall him! I cut his hair today in the name of the Father, and of the Son, and of the Holy Spirit…,” and they all screamed amen. A loud, reverberating amen.

What they really did not know was that two days later, the woman would be lying beside the sickly child in the children’s ward of Amaku General Hospital, eyes swollen from restraining uncontrollable tears and keeping vigil by the child’s bed. They did not see beyond that Sunday, to that Tuesday, when the child would later lie in cold stiffness, his body a faded blend of grey and chocolate brown. They did not know the guilt and regret that would eat into the woman, days of feeling nothing but the stark coldness of sorrow. They did not know. That was why their amen rattled the church’s roof before the priest jabbed those scissors into the child’s hair.

Play for Me: A Short Story by Haku Jackson

Darlington Chukwunyere
We use cookies to ensure that we give you the best experience on our website. If you continue to use this site we will assume that you are okay with it.Ok