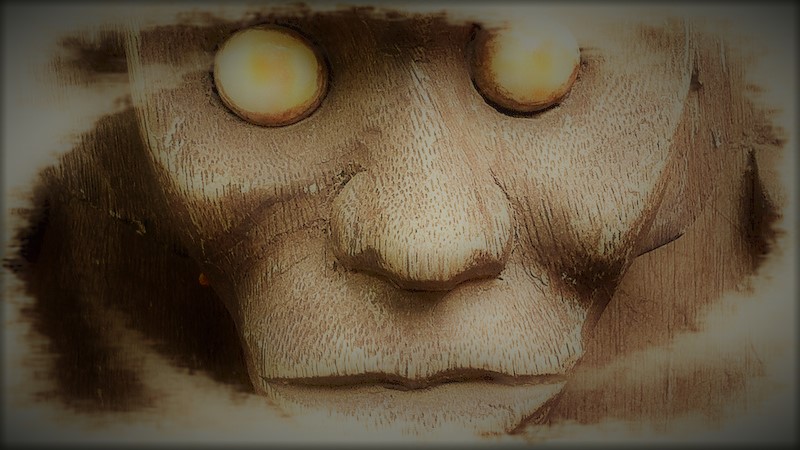 Adamu could not believe how fast his retail business had skyrocketed within a very short while. The things he saw as he flashed his torchlight were like a mirage ─as if a wand had been swung by a sorcerer and then, it was an abracadabra afterwards. He could hardly remember any event from the days of his little beginnings −the times he struggled like an ant and the entrepreneurial pins he pressed to finally zoom to point flourish. He blinked blankly at everything. Perhaps, amnesia crept closely behind achievers, he thought. All the same, out of sheer stupefaction, he threw open his lanky hands and ran them through the heavily loaded shelves ─round the bodies of paper, polythene, plastic, tin and glass-packaged commodities. They were in 3D, their touch was real. He squinted as he picked up a tin of corned beef, dusted the base to check for the expiry date and then dropped it back with a feathery effort, knowing it was good. After that, he paced around happily, in search of cigarettes. Finding them displayed in a neat brown counter close to an overhanging wine rack, he chose his good old brand – Rothmans – with swashbuckling pomp and then sank his hands into the side pouches of his coat. They clashed with different metals. His spine stiffened as he felt the weight of a long cold object but he did not know what to make of it. Bathed with much bewilderment, he withdrew everything and plunked them on the sales desk before him. For the first time, he realized that he had earlier been under the weight of things too weighty and cold for any coat. He was shocked.

Peering at these inexplicable things, it was then he saw what he sought—a silver lighter. He whisked it out from the strange metallic pile. As he rolled the incendiary device, a purple flicker licked the head of the cigarette which was already clamped by his thick black lips. He puffed and yawned with pride and ease −he had been drained by the day’s transaction and sleep was beckoning like a seductress.

After stamping out the third butt, he swirled his torch to everywhere until the glare fell on a large sleepy wall clock. “Kai!” he exclaimed, making an intelligent interpretation of the time ─he felt there was no need to go home because it was two hours past midnight and at that, the road would definitely have been littered with thieves and hoodlums. “Gobe yayie kusa.” −tomorrow has already come− he muttered in a resigned tone, took a deep breath and said, “I am not going home!” And so, he strutted to the slightly shut door at the entrance and slid the two halves of the burglar bar behind it into unity, locking it from within.

He had spent the whole night, and he was going to spend the succeeding dawn in his booming shop for the first time. This put a strange flower of excitement inside his pompous head.

As early as seven the following morning, a thick crowd had hurried to the shop with the currency of their curiosity and there was a pervading atmosphere of disbelief, uproar and much wonder. A barefooted octogenarian holding a serpentine stick pressed his way through with difficulty. Seeing him hit the front, a woman with a golden tooth beamed and drifted to him. Those around created space for them.

“Ranka dede, Baba,” she curtsied, stroking his feet with her spread palms while greeting him. But, he stood like a hangman −feeling nothing and saying nothing. He looked towards the early morning sky and blew a coil of air out of his old lungs, shaking his head. As he began to chant, the woman stroke his feet again ─gently, gently. He lowered his roughly bearded chin and mumbled something that sounded more like the cough of a goat, and to this, she giggled back a reply: “Shikena Baba! Azaktly what I wanted!”

The old man looked into the shop with her and saw a man in a dress that time itself had spared. He was sitting on a swivel chair; his lean arms pillowed his sleeping head on the sales desk. His hair stood like bristles on a badly used brush. He could have been mistaken for someone harmless and innocent but for the metallic pile that lay with him on the desk. It was made up of a long crowbar, a mini axe, a rusty jackknife, and a wire cutter, a bunch of keys, a portable saw and some screwdrivers. All these things were a graphical summary of the word ‘aberration’.

A broad-chested man who was wielding a club and had the markings of a person who would perfectly pilot a mob action unsolicitedly shook the burglar bar which was still locked from within. The clanging sound it made was what roused Adamu from his sweet slumber. He jerked on seeing the wild and boisterous crowd. The broad-chested man raised his clenched fist and the noise collapsed in a considerable manner. And then he spoke in the most threatening voice a rash man could ever supply:

“Ubanka!” he first cursed Adamu and then he asked, “Who the hell are you?”

Those words pinched Adamu’s brain and dissipated his dreamy stupor ─someone had cursed his father, someone had told him ‘Ubanka’ –his honour had been tortured and his reputation had been taunted in front of all his customers. His ego and dignity revolted inside of him. He was very angry but something restrained him in an awkward way from letting his anger find a dangerous voice and explode.

“Who are you?” The voice thundered at him again.

“I am owner boy.” Adamu beat his chest as he arrogated without compunction, “Na me get this place!” His voice was now spirited ─ it fell out from a stifled yawn. He was too tired to think of confronting the ruckus. And to all that set their faces upon him, his bloodshot eyes gleamed with irrepressible honesty. They mourned him because a condemned car tyre lurked close to the shop −near a gallon of impatient fuel. Fire was not hard to find. Fire was on the mountain.

The gold-toothed woman could not believe what she had heard. And so, she took her turn. She asked Adamu the same question, but this time it was very slow and feminine.

Adamu was already overfed with this growing nonsense. He rose up from the swivel chair, “Woman, what?” he shouted, “I am owner boy! I own this shop!” He spread his hands to the eyes around him and said, “How can I help you all?”

The gold-toothed woman withdrew from his face, and then, she laughed and laughed. It was an untrammelled laughter from the coldest and roughest part of her soul. Soon enough, she jumped into a nasal song in praise of the old man and his mysterious power—her slim waist moved from left to right.

The juju Baba had planted in her shop because of the incessant theft she had suffered had borne its first fruit. It had glued an adept burglar within the confines of the shop, twisted his head and had given him the beautiful impression that he was the proprietor of her retail business.

Tega Oghenechovwen was born in Northern Nigeria but grew up in the oily Niger-Delta. He studied English and Literature at Delta State University, Nigeria. Over the years, he has evolved into a social entrepreneur and an environmentalist. He believes writing is the best skill Man can learn to use, because Man himself is a story. He is an associate of jbwSTUDIOS, a theatre organization with a writing hub.