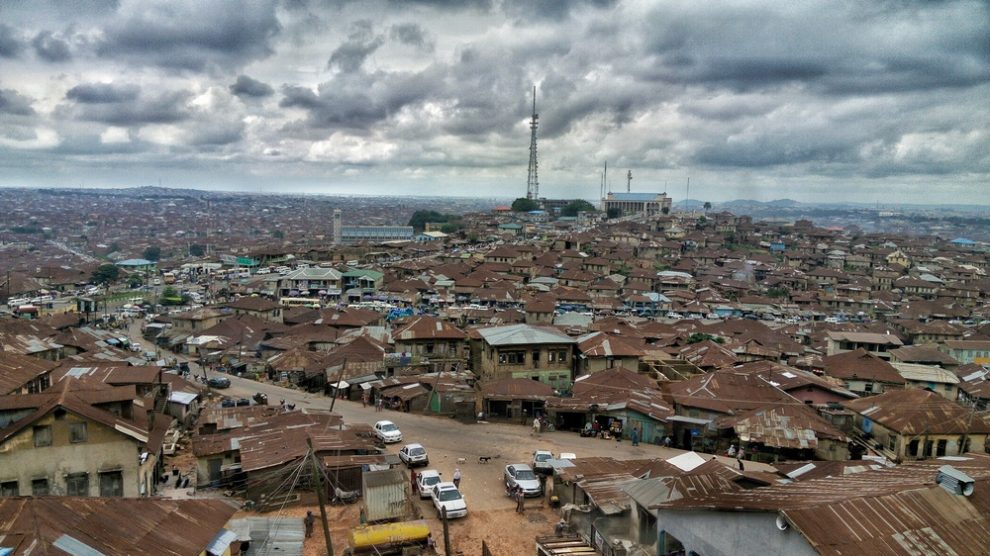 It seemed a tripartite mental torture. Haunted on one side by primeval ghosts of her black fathers and mothers centuries before wasting rich Negro blood on the plantation of strangers in the South of America, singing sweet spirituals into open heavens; on another side by the knowledge of the works of writers of the incoming Harlem pact who beat down with words in their books strangers long gone; and on the third side by a raw sense of new revolution, of uncovering the old ideals and re-carpeting it with new rugs, Taiye Selasi, the young rebel, stood before the crowd of friendlier strangers than those her forebears encountered, to propose a pristine ideological coup d’etat. It was time, she thought, Africans changed the old ideal. Ghana didn’t have to go anymore. They could stay and build their home wherever they wanted, in Nigeria, and in other parts of the world as they wished. Africans could be a people of the world. After her speech, Afropolitanism was birthed.

One of the central problems of man has not exactly been how to find houses or to make homes of them in a single, rigid space, but how to create homes wherever he finds himself, of whatever he finds. Human beings seem to have been plagued with the unnatural curse to feel “cut off” from where they seem to not be a part of. This makes Odin’s statement in Marvel’s Thor: Ragnarok the more introspective and relevant for us here: “Asgard is not a place. It is a people.” This immediately cuts off the idea of human-in-society and places, rudely, the society in the people! The Afropolitanist doctrine further goes to strike a blow on the critical theorist Homi Bhabha’s concept of unhomeliness in which he avers that the man away from his “home” in the real sense of the word is bound to feel “unhomed.” Chidiebube onye Okohia gives, and I propose here, a different, more mentalistic perspective to Afropolitanism with his work, “No City for Young Bloods.”

In Chidiebube onye Okohia’s quasi-autobiographical account, “No City for Young Bloods,” we are thrown, quite literally into the third largest city in Nigeria, Ibadan, in the south-west of Nigeria. I use “thrown” deliberately here because we are compelled by the writer’s strong, charismatic, almost forceful narration to see the rustic sights of Ibadan, the mountains and the delectable, archaic elements of its flora and fauna; we are compelled to hear the sounds of the early morning birds singing on the ancient Ibadanian trees. One fascination about the work is its style. We can almost vow as we go through the pages that we are reading something culled from the Homeric verses or a Shakespearean sonnet. It is the least surprising that the work begins with these lines as preamble:

And gold flung and scattered

themselves, the beginning lines of “Ibadan,” a poem by the literary doyen, John Pepper Clark-Bekederemo.

We begin something of a voyage into an observable duality from here, the work’s seeming indecision on being or not being. The writer/narrator, first of all, seems to be tottering between the selection of two choices: to write poetry or to write prose. He doesn’t come to a resolution but chooses to stay on the rising action of things. He then decides to, still not taking a foot away from the obvious poetic divide, lean more heavily to prose. He makes this clear, pointing rude fingers in our faces, that the job of the writer is not to be victims of the rules that builds the tapestry of art, but breakers of it. In a corruption of the heavy words of the essayist and polemist, Odia Ofeimun, “When a story is crying to be told, and when the teller simply must honour his calling, it is the ‘style’ that ought to worry. When the teller can’t be stopped, the story has no reason to be shy” (emphasis mine). Indeed, Chidiebube onye Okohia saw no reason to be shy!

In what we would call stanzas, the memoir runs through the daily ordeals and experiences of the writer/narrator, a youth corps member serving in Ibadan. From what the story thematizes, the ideals of Chidiebube onye Okohia then goes to veer a distance off Bhabha’s and Selasi’s racial tilt, focusing on age and youth, at the same time maintaining the overarching idea of homelessness. The story exhumes the vagaries of youth and the exuberant yearnings of the young Nigerian to seek home in the places that appeal to his aesthetic rather than domestic sense.

The narrator/writer finds Ibadan to be an “unripe facsimile of Lagos” from where he comes. The people are described as slow yet fast “when they notice a stranger.” He finds patches of Lagos there in the trickery of okada men, in the abundance of beautiful women and equal abundance of mad people, in the prevalence of street beggars, urchins, and most importantly in the people’s penchant for tough work and their unspoken preponderance on hope for better days. They are people shuffering but hell bent on shmiling.

The seven-part story details the narrator’s experiences through the week. The narrator is spent and seemingly tired of the dreariness and bleakness of the place. But, no, he shouldn’t be. Ibadan shares much with Lagos where he is homed. Ibadan, like Lagos, although beautiful, is in a sense “mad.” If the narrator could survive the “madness” of Lagos, we would believe Ibadan shouldn’t pose much of a culture shock. It is significant how the narrator’s day outside ends with the sight of the beautiful mad woman whom everyone watches. Yes, Ibadan is altogether mad and beautiful, too. The slain snake later that night suggests the dangers of the Ibadan terrain. Much like Lagos where the narrator sees as home, everyone is supposed to “shine” their eyes or else get trampled or outright killed. The episode with the snake exposes the dangerous denizens of the Ibadan fauna. But the narrator is resilient. He is hopeful. He does not lose himself in the insanity he perceives of the city, and so he retires to bed, confused by the near intrusion of the snake.

The narrator/writer is an unwilling servant to his country, conscripted as it were to serve in the Ministry of Tourism where the attitude to work by the staff is as unwilling and slow: “…the only activity at this workplace is to warm the chairs with our butts and delve into trifling, trivial, and sometimes, tacky discussions.” This unwillingness to work rubs off on the corpers who only come to work ready to leave. The youths in Ibadan are only victims of the “mood” they find there. There is then created a vicious cycle. It is also interesting that there exists a general feeling of laxity and ennui in most of the young characters. In this way, the narrator/writer as well as the other youths of his ilk, mentally eschews himself from the city. He lives in it and is at the same time away from it. The narrator/writer is a denizen of dual cities: Lagos from whence he comes and where he yearns to return, and Ibadan, a city he is in at the moment but finds difficult to settle into.

The brevity of “No City for Young Bloods” notwithstanding, the work is successful in portraying real life experiences of youth corps members conscripted in a sense to serve Nigeria, plucked from their homes and plunged into the savoury, and as is the case of the narrator/writer, unsavoury unknown. This unique duality of the work is revealed in the title, too. Ignoring its Jeremiadic and focusing rather on its assertive posture, the writer seems to conclude finally, albeit resignedly, that this city “of running splash of rust,” of the beautiful psychos, of the “water melons,” of mountains and of snakes, is not, after all, one for him.

Nzube Harry Nlebedim is a Nigerian fiction writer, dramatist, poet, critic and editor. He holds a BA in English Literature from the University of Lagos. He has been published widely online on Kalahari Review, African Bard, Liberation Now and The Shuttle. His novella, A Cry Within, was longlisted for the 2018 Quramo Writers' Prize. In 2017, his short story came third in the Ecuador-Nigeria Young Writers' Short Story Award and was translated and published in the binational anthology. Currently, he is the editor of The Shallow Tales Review, an online magazine which he founded in August 2019 that publishes African content. He lives in Lagos, Nigeria.

This Shameful Neglect of Our Writers: by Bob MajiriOghene Etemiku